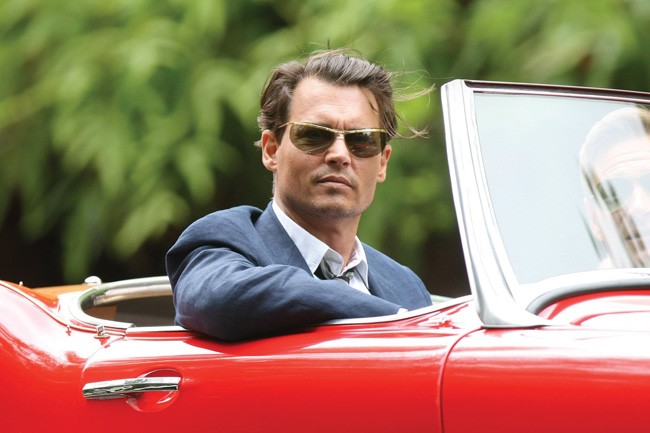 The Rum Diary, a freewheeling tropical cocktail based on Hunter S. Thompson’s long-unpublished novel of the same name, bears an infectious sense of liberation. Although it stars Johnny Depp as Thompson stand-in Paul Kemp (Depp also played Thompson stand-in Raoul Duke in 1998’s Fear and Loathing in Las Vegas, also based on a Thompson novel), and despite its more than decade-long journey to the screen, which at one point required additional producing duties from Depp, The Rum Diary feels unencumbered by slavish devotion or the pressure to do justice to a seminal work of political and literary significance. This novel isn’t a professorial reference point, and it wasn’t name-dropped in the opening paragraphs of the many obituaries written in the wake of Thompson’s 2005 suicide. Although this novel was written in the early ’60s, it wasn’t released until 1998, and even then it was hardly considered a masterwork.

Instead, The Rum Diary, written and directed by Bruce Robinson (Withnail & I), freed from the shackles of reverence, presents a young and pretty Thompson struggling to find his voice. Upon arriving in San Juan, Puerto Rico, he contributes to an embattled newspaper, The Daily News, that’s long since given up on hard journalism in the wake of an influx of rich Americans drawn by bowling alleys and alcohol. Kemp is quickly recruited by Sanderson (Aaron Eckhart), a wealthy real-estate baron keen on gentrification whose girlfriend, Chenault (Amber Heard), catches his eye, to write positive PR spin for his planned mega-resort. He shacks up with a couple of over-the-hill and off-the-reservation has-been reporters, Sala (Michael Rispoli) and Moburg (Giovanni Ribisi), and the trio find themselves in increasingly wacky misadventures involving cock fighting, fire breathing, an LSD trip and occasional writing.

It’s all far tamer than Depp and Thompson’s names would imply, however. Robinson is a solid director and The Rum Diary is rarely dull. Its slick surface is as unruffled as Kemp’s reactions; although danger seems to lurk around every corner, nothing ever really comes of it. Depp’s casting is both obvious and ingenious – he’s so comfortable in Thompson’s skin by now that he owns it as much as he owns Jack Sparrow, and he’s a treat to watch, even in this somewhat sedentary state. Rispoli and Ribisi make for fine companions, while Eckhart and Heard represent the rich and the beautiful with archetypal knowingness.

Still, I wonder whether the world needed a Hunter S. Thompson that your mother could love. It’s not giving much away to say that The Rum Diary concludes with Kemp sailing into a pristine sunset, determined to expose the “bastards” of the world in search of “truth,” followed by a postscript explaining how he went on to become “one of America’s most revered journalists,” as if the movie was intended as a rose-colored origin story. After much digestion, I thought, “Why not?” In a year at the movies that’s shown me mutant superheroes averting the Cuban Missile Crisis and all kinds of alien activity on the moon, and with forthcoming movies asserting that Shakespeare was a tool, Edgar Allen Poe was a crime fighter and King Edward and Wallis Simpson were simply misunderstood, it’s hardly a crime to glorify a successful journalistic innovator.

Bring him that horizon.