In the netherworld between Winter Park and Maitland, Lake Avenue is a journey that leads you past an old church and pretty, wooded lakes to become West Kennedy Boulevard, Eatonville's main street. The Zora Neale Hurston Museum on this street is not fancy, but like that old adage about good things and small packages, its exhibits are big. The current show, New York artist Bayeté Ross Smith's Taking AIM, hits you big, right between the eyes, with photography that blurs the line between criminal and recreational violence.

Smith, a self-described "visual anthropologist," condenses three of his anthropological projects into a single visual experience dominated by Taking AIM – a series of life-sized black-and-white portraits of African-American and Latino individuals printed on white bond paper, overlaid with shooting range targets, and shot at. Passing and Gatling are two other Smith projects on display, and all three question identity, race and control in our strangely uptight postmodern America. 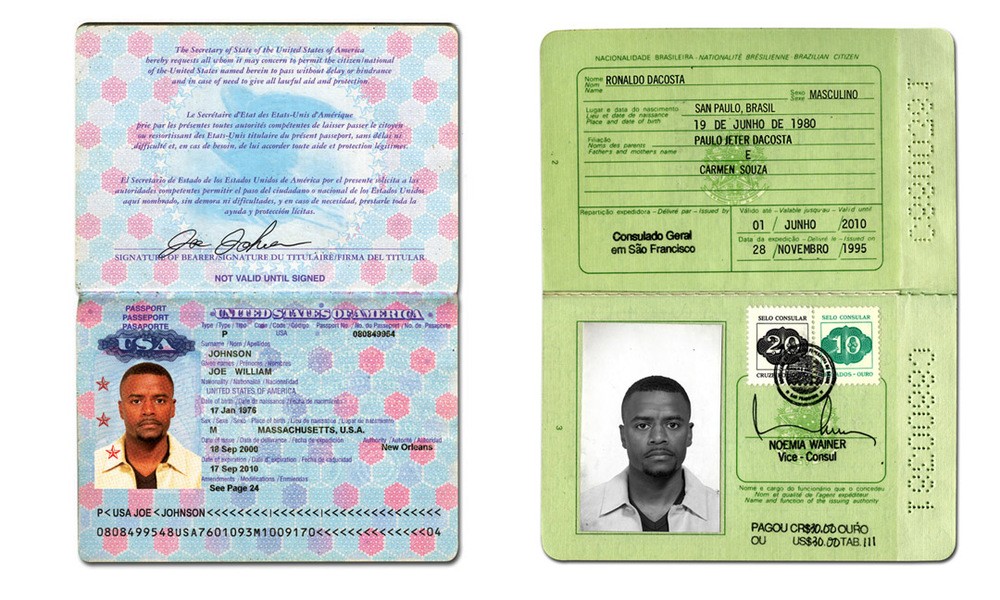 Passing spoofs you by placing the same passport photo on different passports. As Ronaldo the Brazilian, the man's eyes and face appear mellow; as an Ethiopian or Sudanese, the exact same photo takes on a rather unfriendly aspect. Surrounded by Arab calligraphy and odd-looking stamps, the viewer reacts to this context with all the baggage these countries bring to the mind, if we let our helpful media prejudice our thinking.

Gatling is a series of portraits of people posing with their guns, all against the same black background. The gun and its implication of violence changes the nature of a portrait. Stereotypes are magnified or negated, depending on whether the gun-holder is male or female, and also depending on race. It's an uncomfortable place to be standing, staring at these portraits, as the viewer contemplates his own reaction to what he sees. Anthropology indeed; recreational gun ownership looks deadly serious here. 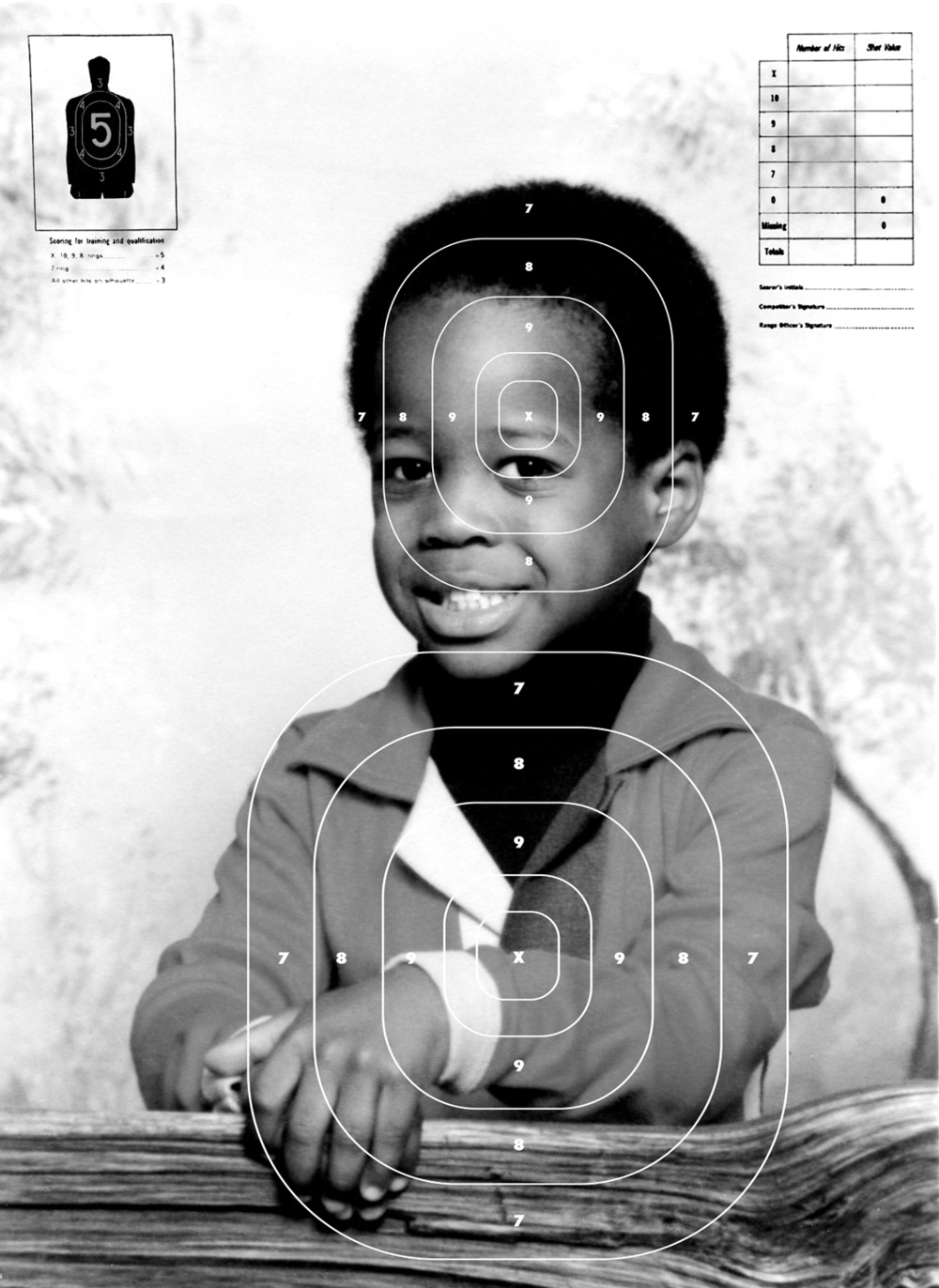 Taking AIM completes your journey out of your comfort zone. Replacing a plain black silhouette with a person – some of these are self-portraits – is Smith's method of changing your perception of recreational shooting. When it gets personal, it gets criminal. Of all the portraits on display, none is more timely than the bullet-riddled portrait of a smiling child (which caused this viewer to stifle a cry). Stare at this, if you are strong of eye and heart, for a minute or two, and then current events sort themselves out. If you feel a catharsis, it's OK – that's just your soul talking to you again.