THE WAY WE WERE 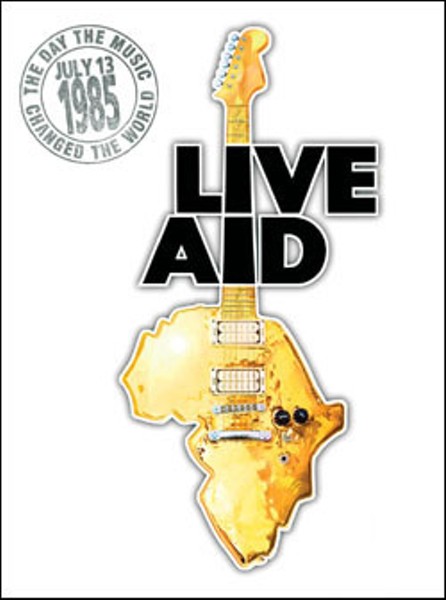 The persistent mythology that the '80s were a vacuous decade of greed and cultural uselessness is a hard one to debate. But only the '80s can lay claim to an outpouring of pop-culture compassion as impressive as Live Aid. The very idea that the stratosphere of pop stars would gather on two continents to create an all-day concert to be broadcast around the world, with the simple goal of raising money for African famine victims, is still amazing. But there we were, in July of 1985, watching Duran Duran, Led Zeppelin, U2, Black Sabbath, Queen, David Bowie and The Cars on stages in Philadelphia and London, and we felt like we were part of something big and important.

Live Aid was a singular event, seen by 1.5 billion people, raising over $140 million for food. Somehow though, the event never nestled itself in the public consciousness like Woodstock. Perhaps it was because many of the sets were substandard; whether Rob Halford wrestling with feedback or the worldwide realization that Madonna wasn't a very good singer, Live Aid did not produce any of the participants' best musical moments. But neither did Woodstock.

Woodstock has become a legendary event because those who went insisted it was. Live Aid was, almost as soon as the checks were cashed and the grain bought, forgotten about. That's where this four-DVD set comes in; hopefully it will enhance the legacy.

Twenty years on, people can can see pop ephemerals like Nik Kershaw pour their hearts out for the cause while stars like Paul McCartney and Elton John forgo their normal pampering to deliver knockout sets. People can see all that and then ask themselves: Would anything like Live Aid happen now?