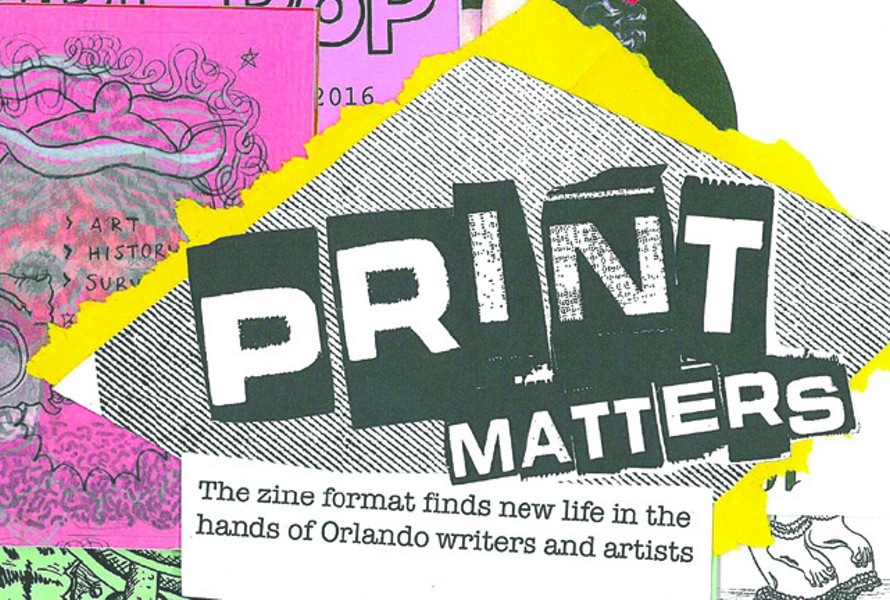 Print, despite what you may have read online recently, is not completely dead yet. In particular, the DIY zine format is becoming a standard-bearer for print's vibrancy, enjoying an unprecedented third (fourth? fifth?) act.

Zines (pronounced "zeens" and short for "fanzine") have a long and proud history in self publishing. Zines are self-published pamphlets or magazines that reflect the individual viewpoints or obsessions of their authors and creators. Because there are no publishers to be beholden to, zines go a long way in representing and disseminating voices that might otherwise be overlooked or go unheard in the mainstream.

Arguably dating back to Benjamin Franklin's pamphleteering using his eponymous press, the term "zine" and the format grew out of the science fiction and comics fan press of the late 1950s, before finding its full flower as underground music's bulletin of choice. With the advent as punk in the late '70s, fans and musicians alike took to this medium as a way to circumvent the mainstream music press and document their subculture on their own terms. Zines have endured through the successive decades, reaching a peak in the '90s with the explosion of so-called alternative music. Then the internet happened, and with it was supposed to come the death of the printed word.

But a funny thing happened on the way to the funeral. A new generation, tired of the ephemerality of the internet, discovered the zine format. Desiring physical permanence and the sense of community found among other zine makers, they've ensured the zine medium is as robust as ever – and more thematically and creatively diverse than ever. There are zines on every possible subject: music, comics, arts, politics, feminism, literature, cooking, film, how-to guides, bikes, crafts. And a majority of the newer creators are young, new entrants to the field, bringing fresh perspectives and voices.

We can't help but be impressed by the active zine community in Orlando. The commitment to creativity and expression is full-throated, and many local zines have an activist slant that is sorely needed. Production styles vary from glossy and near "professional" to hand-drawn and hand-bound. Creators are aware of one another's work and supportive of each other. There are well-attended and sometimes wild zine release parties and even an Orlando Zine Fest reportedly in the works for later this year. For art, music and literature fans, it is well worth the time to seek these publications out and support them.

We have gathered creators from 10 Orlando zines to talk about their creations and motivations, in an attempt to survey the state of Central Florida zines in 2016. Included in the following 10 pages are interviews with Tittie-Thyme, Pomegranate Press, the Vinyl Warhol, Is It Over Yet?, Phosphene Girl, Agencies, Girl Pop, Laura Margaret, Adam Lavigne, and ReForm.