Photo by Change the Ref Manuel Oliver in 'Guac: My Son, My Hero' 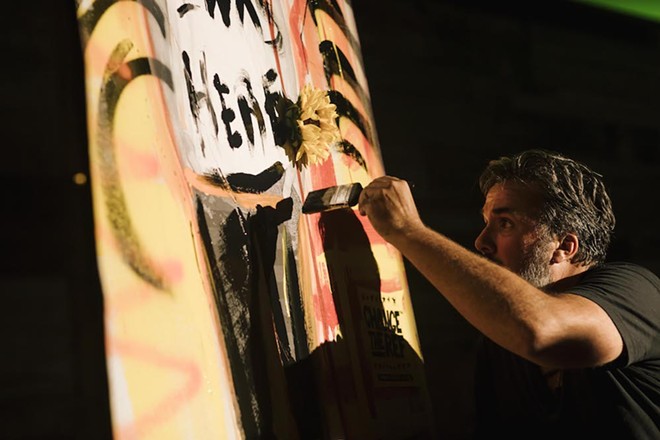 Good news for supporters of Sanford's Theater West End, which had announced that it was in danger of losing its recently renovated venue if a nearly $30,000 deficit was not resolved by mid-December. Shortly after Christmas, the company announced on its Facebook page that it had raised $25,324.25 through online crowdfunding, plus an additional $2,395.50 in offline donations, from more than 200 people. While the total was short of their initial goal, they say it was enough to "meet our obligations to move forward" with a season that includes The Great American Trailer Park Musical (Jan. 24-Feb. 9), Green Day's American Idiot (April 10-26) and A Chorus Line (May 29-June 14).

Company members from Disney's Aladdin will present a fundraiser cabaret for Broadway Cares/Equity Fights AIDS while their tour is in town. "Songs From a Whole New World" will be held on Monday, Jan. 27, at the Mezz; a $10 donation allows you to hear this talented troupe perform new and original songs in an intimate setting.

– This story appears in the Jan. 15, 2020, print issue of Orlando Weekly. Stay on top of Central Florida news and views with our weekly Headlines newsletter.