Obama took office with the wind at his back. Biden won’t. 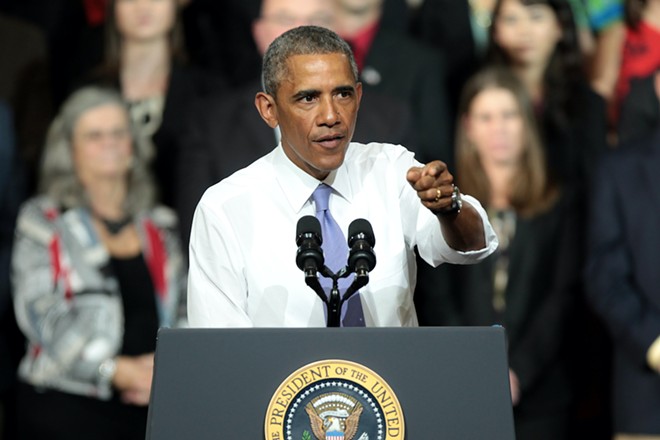 Like most Progressives of a Certain Age, I’ve spent the last few weeks slogging through volume one of Barack Obama’s presidential memoir, A Promised Land, which is very long, occasionally revealing, and most insightful when Obama tiptoes toward self-interrogation — pondering decisions he made and deals he cut and whether he should have spoken his mind more forthrightly.

These reflective moments, however, are brief and end the same way: Obama concludes that he did what he could, and his allies on the left didn’t appreciate the constraints he was under.

To this day, Obama has little patience for activists who make what he considers impractical demands. So the shade he threw in a recent interview at Defund the Police messaging wasn’t surprising: “If you believe, as I do, that we should be able to reform the criminal justice system so that it’s not biased and treats everybody fairly, I guess you can use a snappy slogan, like Defund the Police, but, you know, you lost a big audience the minute you say it, which makes it a lot less likely that you’re actually going to get the changes you want done.”

Obama — echoing the complaints of moderate congressional Dems that Black Lives Matter protests this spring and summer hurt them in November — is probably correct that the “snappy slogan” was suboptimal electoral messaging. But BLM activists aren’t marching to win elections for Democratic politicians in rural Pennsylvania. They want to effect meaningful policy changes in municipal governments that control police departments.

Like Obama, Joe Biden will be bequeathed by his Republican predecessor a slew of domestic and foreign policy disasters.

Thousands of people are dying each day from COVID, wide distribution of a vaccine is months away, and the Trump administration has checked out. Federal unemployment assistance is slated to run out in weeks even as the recovery slows. A tsunami of evictions and foreclosures looms on the horizon. Another round of stay-at-home orders could prove the death knell of much of the restaurant and bar industry.

Meanwhile, President Trump is abruptly withdrawing troops from Iraq, Afghanistan and Somalia, inflaming tensions with Iran and China, executing as many federal inmates as he can cram into a death chamber, and embedding Trump loyalists in the civil service. Not to mention, he’s also spent every waking hour this last month sowing doubts about Biden’s victory.

Unlike Obama, Biden won’t command overwhelming congressional majorities. And the Republican radicalization — and, frankly, detachment from reality — that began in earnest under Obama hit its zenith under Trump. There will be no appetite for compromise, only obstruction. Republicans, in fact, have signaled that they’re about to get born again (again) on the deficit — and history suggests Beltway journalists will greet this cynical posturing with wild-eyed credulity rather than the eye-roll it warrants.

In his conclusion to a chapter on climate change efforts, Obama observed: “I realize that for all the power inherent in the seat I now occupied, there would always be a chasm between what I knew should be done to achieve a better world and what in a day, week or year I found myself actually able to accomplish.”

Wizened and battle-scarred, the same Barack Obama who hit the national stage in a bolt of idealism has come to not only embrace the possible, but to believe that those fighting to change the parameters of possibility are making changing things difficult.

I’ve been wondering what would have happened if the Obama of 2009 had reimagined what was possible. Most Democrats have since been cured of their reverence for the Senate filibuster. This summer, in fact, Obama called it a “Jim Crow relic.” But that wasn’t on the table his first year in office.

If it had been, think of how differently his presidency could have played out: a bigger and more effective stimulus; a public option and more generous health care bill; cap and trade legislation that laid the groundwork for a binding global agreement; immigration reform that enshrined DACA into law. The raw politics might have been off-brand for President Hopey-Changey, but the policy outcomes would have matched those of any president since at least FDR.

Obama took office with the wind at his back. Biden won’t.

With a narrower House majority, Dem centrists have made “defund” and anything that smacks of socialism scapegoats for their lackluster showing; they’ll hardly be eager to champion ambitious progressive legislation. Meanwhile, Biden needs a lucky break in the January Georgia runoffs to have a prayer of moving legislation through the Senate — and even then, he’ll need to convince recalcitrant Dems to jettison the filibuster and get Joe Manchin’s stamp of approval on just about everything.

To his credit, Biden seems to have taken to heart lessons from his former boss’ presidency. His economic brain trust doesn’t solely comprise deficit scolds. He’s entertained forgiving student debt. So far, he’s also made good on his promise to integrate climate crisis policy throughout the federal government. He’ll likely start his term with a raft of executive orders on the immigration and the environment.

But it’s inevitable that progressives will find themselves disappointed with Biden, and sooner than later. There’s perhaps never been a larger gap between what this country needs to do and what its politicians can accomplish.

Get Informed Dissent delivered straight to your inbox several times a week. Subscribe at billman.substack.com.