There’s nothing funny about ‘Horrible Bosses 2’

The first ‘Horrible Bosses’ was funny, but the sequel is a bomb 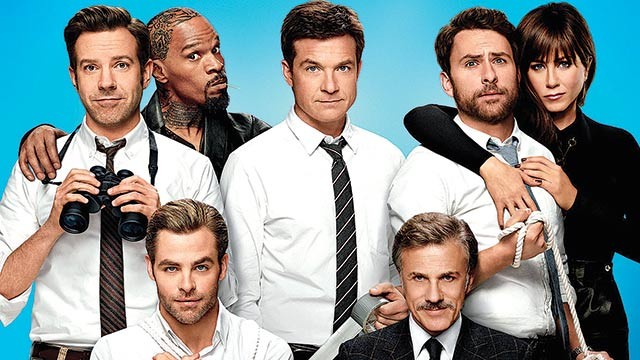 It’s disconcerting when my reaction to a sequel is so powerfully opposite my reaction to its progenitor that it makes me wonder if I entirely misread that first film. Horrible Bosses 2 left such a rancid taste in my mouth that it left me reconsidering the fact that I liked Horrible Bosses. The first one was a pretty good black comedy with a little bit of something to say about the desperation of the Great Recession and the indignities we endure in the quest for a reasonable living. So how did we get to No. 2, which wouldn’t be unfairly dubbed, ahem, a “No. 2”?

In the sequel, the putative heroes – regular schlubs played by Jason Bateman, Charlie Day and Jason Sudeikis – are now the horrible bosses, but the movie seems utterly unaware of this. The guys – who attempted a Strangers on a Train plot to murder their truly horrible bosses last time – are now working for themselves.

They’ve invented a device called the Shower Buddy, which squirts out the shampoo for you, or something, and they have gone into business manufacturing it. Day’s Dale is still the harmless galoot he was before, but his pals, who previously were fairly bright, have become complete idiots. Sudeikis’ Kurt, whom we last saw defending his co-workers from their abusive, insensitive boss, is now the guy hiring women with no work experience solely because they’re hot. Bateman’s Nick used to work in finance, so he should have known better than to agree to a huge, exclusive deal to manufacture their Shower Buddies for a Sharper Image-type company without signing a contract that has been vetted by a lawyer. Perhaps the best thing that can be said about the hostile work environment these jerks have created is that it cannot endure for long with a team of dunces in charge.

The guys – and the film – believe that the horrible boss they are targeting this time is the CEO of said Sharper Image-esque company, Bert Hanson (Christoph Waltz), who stiffed them on their deal; they plot to kidnap and hold for ransom his jerk son, Rex (Chris Pine), to recoup their investment. Neither of the Hansons qualify as a boss to any of the protagonists, though they are indeed horrible. Except here’s something even more off-putting about this dumb movie: Only the villains here speak any truth. “You think that hard work creates wealth?” Hanson Sr. scoffs. “Wealth creates wealth!” When the guys run to Nick’s former boss, Dave Harken (Kevin Spacey), now in prison after the events of the first film, for advice on how to deal with being stiffed by the Hansons, he announces, “You’re all fucking morons,” which is also entirely true. It’s kind of sad when you find yourself nodding in agreement with the characters we’re supposed to be booing.