They drove all night

Guided by Voices' classic lineup has never played Orlando. They should be very afraid 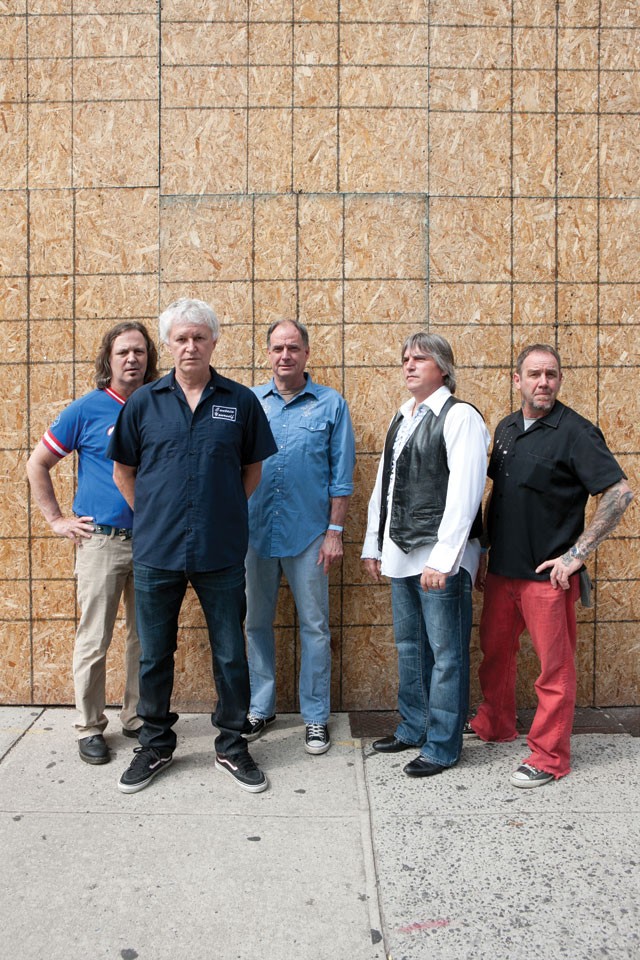 Mitch Mitchell leads a double life, but the responsibilities from his blue-collar job bleed into his moonlighting gig. He pays the bills as a long-haul truck driver, but for Guided by Voices' upcoming tour of the South, he's been reinstated as guitarist-cum-tour-van-navigator for one of the most celebrated cult bands of the 1990s.

"I drove from Dayton to the middle of Indiana and back to Richmond and then down to, oh god, I don't even remember," Mitchell says, sounding exhausted. "Goddamn, I drove about 500 miles today."

This tour features Mitchell, frontman Bob Pollard and the rest of Guided by Voices' "classic" lineup, which disbanded in 1996, although various other configurations of GBV have released seven albums since then. After playing together for Matador Records' 21st anniversary show in 2010, the musicians behind the albums Bee Thousand and Alien Lanes decided to tack on an afterparty, and then a second afterparty, and finally an after-afterparty: the forthcoming Bears for Lunch will be their third LP of 2012.

What started as a one-off thing turned into a tour that zigzagged across the U.S., coming as far south as Atlanta two years ago.

"It's been about three or four years now, almost as long as our touring days in the 1990s," jokes songwriter and guitarist Tobin Sprout.

The band's return to prolific touring and recording wasn't something that just happened; it was announced, and Sprout and Mitchell followed the voice of their leader.

"I wanted to do an album and was going to say something to Bob when we were in Chicago," Sprout says. "But before I could even say anything, Bob said, 'We're going to make an album and it's going to be called Let's Go Eat the Factory.'"

Guided by Voices haven't played Orlando since 2004's Electrifying Conclusion tour, and the classic lineup hasn't played Central Florida ever. Still, Mitchell and Sprout have certain expectations regarding the city's customs. Past GBV shows in Orlando have found the band so beer-drenched they were forced to perform in raincoats and goggles. (In the early 2000s, this paper described their Orlando gigs as "circus-like" and "resembling a Gallagher show in reverse.") The newcomers are not particularly excited to face the beer-throwers.

"I would hope that maybe they could refrain," says Mitchell, who chain-smokes onstage. (He has his girlfriend or roadies light cigarettes for him as he plays.) "If you're gonna buy a beer, don't throw it. Drink it or give it to me."

"There's just something about standing in liquid while holding something electric," adds Sprout.

That the band considers wasted beer and electrocution equal concerns is not a surprise; Pollard famously said he's never performed a show sober. Although Mitchell says the band still deserves its reputation as the Joe Sixpacks of lo-fi indie rock (first Rolling Rock, now Miller Light), Sprout concedes the band is getting older.

"We just slow it down a little, don't really have the afterparties, might hang out a little backstage, but then we go to bed. We are in bed at 1 or 2 a.m. and not 5 a.m.," he says. "Pete [Jamison, manager] used to look at his watch right before his head hit the pillow and go, 'Yep, 5 a.m.'"

The Monument Club, the Dayton, Ohio, house from which Pollard would preside over legendary barnburners, is no more, and the shows might not be as debauched as they used to be. Still, when a Guided by Voices show kicks off and their iconic "The Club Is Open" sign lights up, it's like everyone is transported back to the Monument Club and Dayton.

"Somebody made the sign in reference to the fact that it's our little club [where] we came to drink beer with our friends," Mitchell says. "It means 'our little private party' for us."