This Little Underground: At Ralphfest 4, locals can’t be outshined 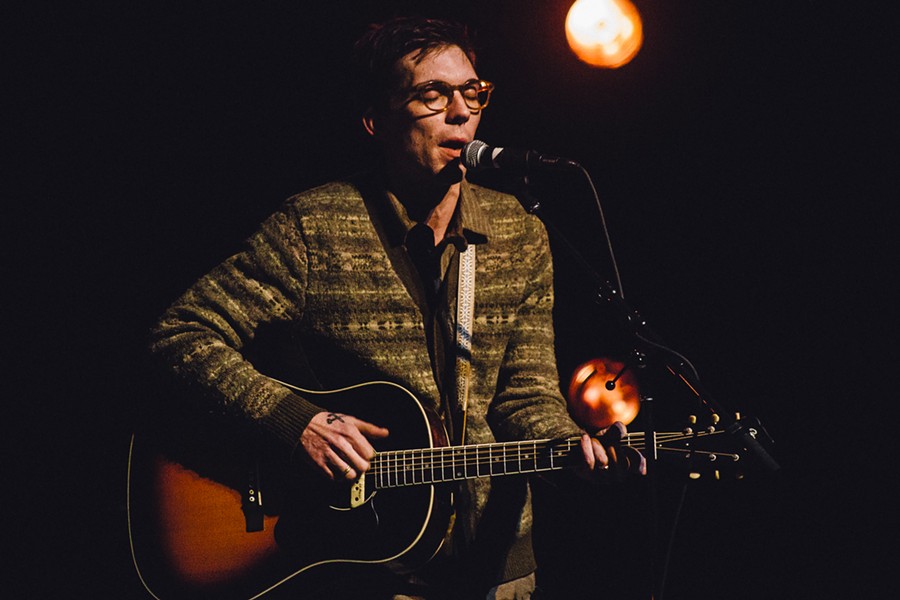 Ralphfest has grown since its inception four years ago. But this year, it could perhaps finally, fully spread its wings. At last free of the specter of justice suspended, the local memorial music festival could and did focus purely on celebration and legacy. Besides its size, just as notable about Ralphfest 4 (Feb. 20-22) was the expansion of its spirit. Beyond Ralph Ameduri himself, this year's logo blazons the festival as an Orlando cultural memorial in general, specifically honoring other fallen community luminaries like Sam Rivers, Mark Wayne, Dave Gage, Jeff Kaplan, Alan Jordan, Tracy Irwin and the writer-editor-friend who gave me my first break, Kelly Fitzpatrick.

This year's marquee names – Grifters and Blowfly – were excellent selections. But at heart, Ralphfest is a deeply local thing, and no headliner so far has been able to outshine that. It's as close to pure joy through music as it gets in an Orlando scene that's often far too cynical for its damned britches.

Besides love, the other powerful vibration that Ralphfest beams is history. Past names emerge just to play it, and young upcomers are getting increasingly involved. History as a continuum is a critical thing for a deep scene, and Ralphfest has a big role to play in this, because it's been able to consistently channel large, important swaths of scene involvement into a single happening. Orlando music history is longer, wider and deeper than any of us. But because of fractured and splintered institutional memory, too few realize it, and we lose so much because of it. Authentic commemorations like Ralphfest can change that.

I wasn't always sold on Americana prince Justin Townes Earle, but his signature blend of folk, country, blues and daddy issues has proven a deepening well. Recently in Orlando (Feb. 17, Dr. Phillips Center for the Performing Arts), he completely carried the stage with only one accompanist. That command wasn't always there. Now, after some time, miles and seasoning, his vulnerability has some real bite. Despite the tall legacy of his surname, the junior Earle is a man now, his own man, a leading man. The standing O he received here testifies to that.

But I came early to see opener Gill Landry for good reason. Despite a street-busking background and membership in Old Crow Medicine Show, his solo material has a very different pulse. Unlike that gang's ragged blitzkrieg on folk tradition, Landry's balladry is a model of rural restraint. His performance mostly occupied the mood-tinted terrain of his lovely upcoming self-titled album (March 3, ATO Records) and was essentially a live advance listen.

This is music that makes room to breathe, reaches for the chair and draws its whiskey in deliberate, unwinding sips. These are country and folk songs that aren't too concerned about being new, trad or even punk, just honest and right. Spend some time with them and they'll carry you home.

Regarding the venue, the sparkling Dr. Phillips Center is the city's new cultural crown jewel and the most buzzed-about performance hall. This was my second show there, albeit in the smaller of the two rooms (the Alexis and Jim Pugh Theater). A swank performance facility of cosmopolitan quality like this sure makes it easy to go all uptown and shit once in a while, but my native turf is a small independent rock club. However, through smart partnership with leading indie promoter Foundation (the booking muscle behind the Social and the Beacham), this major venue has already flexed its way into my orbit only three months into its existence.

There's been persistent doubt, at least in theater circles, about how much connection this performance palace will have to Orlando's real, street-level cultural fabric. In the music scene, however, nobody even bothered to harbor expectations. But the DPC is already proving itself with the Pugh Theater, which is a great listening room that's warm and up-close. Perhaps it's time to ditch the square connotations some of us have of the place, because its rock music menu has proven surprising in its relevance and accessibility. Serious credit must be given to their programming direction for making the DPC an instant player in the younger scene. 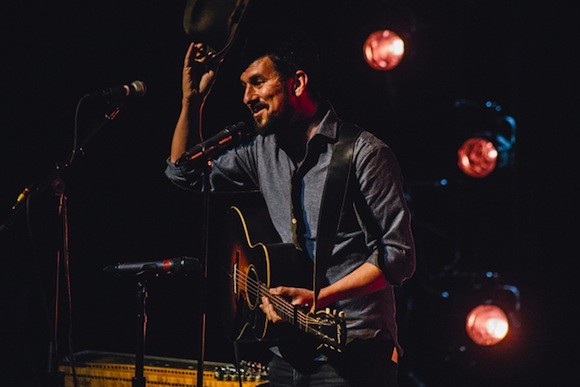