Plus, live reviews of Jessy Lanza, Gators in the Sawgrass, Full Body Tones 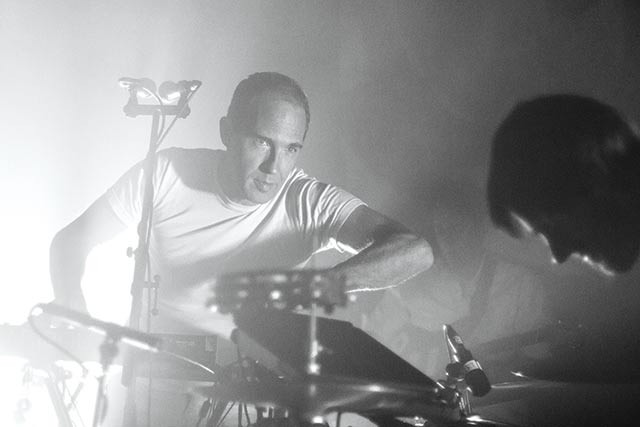 Orlando Brewing is one of those places I wish I had occasion to go to more. Although not the hottest stage in town, I like the setting of the local organic brewery, so I keep an eye on their music calendar for opportunities. A healthy live-music scene needs relaxed, unpretentious stages, too.

It had been awhile since I checked in there for a show when I saw St. Pete’s Gators in the Sawgrass (Nov. 21, Orlando Brewing) on the schedule. They’re a band I’d only glimpsed once before at Will’s Pub, but enough to know they were worth a longer, closer look.

Coming out of a cool snap, it was a pretty ideal night for the brewery’s al fresco stage. I settled in near the fire pit, a simple addition that’s probably the best thing they did since installing taps and building the outdoor stage. Within minutes, a bartender brought out fixings to make s’mores, a hospitable gesture of both literal and figurative warmth.

Although good-natured, Kentucky openers the Full Body Tones played the kind of generically catchy rock you’d expect from an act that willingly classifies themselves as an “alternative rock” band in the year 2014.

Gators in the Sawgrass, however, packed plenty of context and character with a country and bluegrass sound that’s got one foot in the hills and the other in the swamp. Although occasionally loose, they’re a traditionalist string band that keeps it true and doesn’t get too cute with the form. Most importantly, they’re a good time. A hoedown in an off-downtown warehouse district is something I can get down with.

The time has never been as ripe as now for an artist like Jessy Lanza. Seducing the language of R&B from an iceberg of electronic minimalism, the Canadian siren sits in a genre junction that may be niche for right now, but it’s hot and current, and she does it well.

Unfortunately, a sound as distilled as hers has a narrow window for proper execution, especially live. Although her music’s loaded with style and aesthetic, the lack of volume and presentation at her recent opening performance (Nov. 18, the Social) made it seem like the kind of flat half-show that ails electronic music’s live reputation. Her voice – the beacon and soul of her music – was distant in the mix. Riding far behind as a secondary ornament to programmed beats, her vocal expression just wasn’t given enough play to weave the aura it’s capable of on record.

Headliner Caribou, on the other hand, brought plenty of show with a live lighting array and a full band. While that last detail is something unusual and impressive for an electronic act, it’s standard operating procedure for Caribou. It’s why Dan Snaith and company are one of the best in the business at rendering electronic music with live-band electricity.

Caribou’s sound is a constant evolution. Their previous album, Swim, was a very honed and effective pivot toward the dance floor. With this year’s Our Love, Caribou’s still out there under the throbbing lights and shaking that ass, just with some timely stylistic updates like clipped hip-hop looping, sizzurped R&B and the rhythmic perpetuity of EDM. At times, their current sound gets a little too deep into the boxy house-music schema at the cost of the identity Snaith has worked so hard to achieve. Even so, Caribou’s reliable taste remains highly palatable.

Moreover, though they’ve ventured onto a dance-music path well-trodden by fly-by-nights, Caribou seriously certifies it onstage with real live play that sometimes even results in two drummers. To say that Caribou is to electronic music what the Roots are to hip-hop is maybe going a bit far, but not that far. After all, they create all the odyssey of EDM with all the legitimacy of a live band.

When all of Caribou’s forces converge, it’s a transporting thing. Between the lights, the fog and the frequency of this latest album, the time-bending vibe of this show was a palpably late-night one. As the show approached 11 p.m. in real time, the sensation in the room felt more like 4 a.m. … somewhere back in 1994.

Our love: Photos from Caribou at the Social