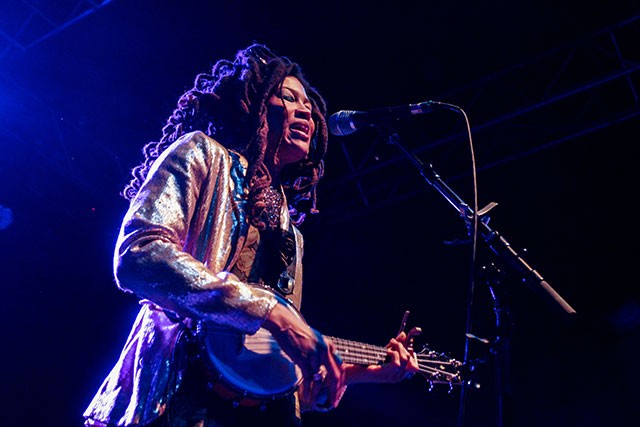 One of the chief things this column lives for is to break good new bands. Well, this week was a strike. From what I saw at only their second public outing (Feb. 16, Will’s Pub), Orlando’s Case Work is a young band worth some real excitement.

This solo recording project of Saskatchewan’s Chandler Strang recently took live form while Saskatchewan is on hiatus to write. Strang is one of our finest popsmiths, and that continues. But this indie-pop project has more rock, more conviction and even sharper-cut melodies. It’s got gallop, atmosphere and sparkle. Even though they’re still gelling and this short set was really just a glimpse, this is clearly Strang’s best work yet. And it’s the most promising new contender to step up so far this year. Majestic Casual, a German audiovisual YouTube blog, posted a video of their song “Horizon Glow” that’s gotten over 190,000 views as of press time. Goddamn. So, maybe it’s time us locals get hip to ’em already.

Later that night (Peacock Room), I saw local folk duo the Holcomb Brothers. They’re a sibling combo with a gently soulful Southern sound that’s filled out by the orchestral formalism of the cello, an unexpected dynamic that lends them some nice distinction.

Also playing was local country-rocker Jackson Rodgers, whom I recently saw for the first time and was impressed, noting that he should get a full band behind him to make those fine songs really fly. Well, he did this time. And, as I suspected, his music sprang to full life. The only thing left for Rodgers to fully actualize is to funnel the big confidence I have in his songs and really dig into his execution of them.

Now, Sharon Jones is someone who knows something about confidence. The vintage soul revival queen is just coming off a cancer battle big enough to postpone the new Dap-Kings album and its supporting tour from last year until now. Thankfully, her indomitability as a singer and performer also applies to her life force, enabling her to return to her natural place: the stage.

Keep on looking: Photos from Sharon Jones and Valerie June

At this show (Feb. 18, the Beacham), she walked out with typical supernova presence, boldly bald, and lifted us all a few inches above the ground. Not that she ever needed more ammo, but this time she used the stage to exorcise the specter of her cancer. In so doing, she blew the house down. Yes, Sharon Jones is back. And the world is right again.

But opener Valerie June, she’s an intriguing one. With a current album (Pushin’ Against a Stone) co-produced by tradition-rooted modernist and Black Keys frontman Dan Auerbach, this Tennessee wildflower also does the old-time with new shine. Rolling up soul, blues and country with a bright pop sense, she stitches back together styles that sprang from much of the same American Southern folk soil but ended up splintered on their way to institutionalization. She uncovers the bridge between them in a way that feels fresh, perhaps because those connections have been diminished by time, but most certainly because of her natural verve. And her well-pitched angle honors and reframes those hallowed influences rather than dilutes or defiles them, putting a modern ring on a postmodern idea.

As mentioned last week, cover shows are all about entertainment. Even though the second volume of Norse Korea’s consecutive weekends of them (Feb. 22, Will’s Pub) featured better overall source material, what ultimately won was its bigger spectacle.

Moonmen From Mars brought their typically theatrical audiovisual stage show, only retooled to channel the mighty Stooges. There was no blood or peanut butter, but there were silver body suits and a Jim Ivy sax cameo. And through the salvo of prime Stooges cuts, they sounded very convincing.

But not to be outdone, ever, American Party Machine came as KISS, a band just as ridiculous as APM but only half as aware of it. APM, too, came in full, glorious regalia, or at least as much glory as duct tape would allow (which is more than you’d expect, actually). And American Party Machine may be the only band that can turn a KISS tribute set into a full-on pit situation. Hell yeah.