The blockbuster this week, of course, was the big Neutral Milk Hotel show (May 5, the Beacham). The quickly sold-out event was really more of a historical event than a concert. Despite a lean oeuvre, Neutral Milk Hotel has cemented its place as one of the best, most defining acts of the legendary Elephant 6 collective, a status that's gained even more height after the fact. Now add the weight of this touring swan dive they're currently on.

When reclusive band brain Jeff Mangum played to a capacity crowd in this same big venue in 2013, it was in the swing of a gradual return to the stage that would culminate in the announcement of a full Neutral Milk Hotel reunion three months later. Now it's the farewell to that unlikely dream since this is being billed by the band as their final tour, a last hurrah that concludes this summer.

Fever (doubled by reunion hype and last-chance urgency) and enchantment (the inevitable effect of their strikingly enigmatic psych-pop) defined this show. It didn't always sound great, with some of the more boisterous songs suffering from sonic cloudiness. But it felt great. It was a moment in history, one so self-cognizant that a funny flurry of crowd-surfing broke out during a solo acoustic song in the final stretch of the show. And so they rode out of this town to deafening applause and into the otherworldly ether from which they sprung.

More than just a night of rock & roll, this was a night of true belief (May 3, Will's Pub). And pound for pound, it was one of the best nights I've attended in a long time.

Few living bands have kept the garage-rock flame alive as long as Queens cult heroes the Fleshtones, who've been carrying the torch since the '70s. Making a good case that age is just a human concept, these warhorses lit up the house. Although they're still lively onstage, the physical energy they incited on the floor was the real proof of rock & roll's eternal virility.

Of similar and even more purist heart was Orlando opener the Empyres. For scene newcomers unaware of the hibernating act, they're a traditional garage-rock band whose membership boasts heavy local cred in groups like Fantasie and the Hate Bombs (perhaps the all-time kings of Orlando garage rock). No one's seen them play in forever because they haven't played in years – five, to be exact. So it was a nice surprise to see that whatever rust they had was eclipsed by their shine. Believers don't get any truer than frontman Dave Ewing when it comes to garage rock, and the man's fire hasn't dimmed a lick.

Ewing actually recounted a very interesting and deep bit of Orlando music trivia where, in a crazy whirlwind of panic and hustle, the Empyres basically rescued what would've otherwise been an aborted Fleshtones show in 2010 by becoming Peter Zaremba's impromptu backup band (which you can read about in my June 24, 2010, column). It's a great story that I almost forgot about, so I'm glad Ewing retold it. And because of the fateful intersections of that night and this, the Empyres brought up two of the Fleshtones – Zaremba and Keith Streng – to rock a song with them.

Finally, we also got Orlando heirs apparent the Woolly Bushmen, who chose this big show as their LP release event for Sky Bosses, a record that reflects their widening rule of rock & roll beyond frat rock. They were by far the babies of the bill, but these young guys are doing that great classic stuff with the kind of authenticity, verve and original wildness that would make the old guys cry. To really, ahem, blow out the occasion, they had special guest Jim Ivy on sax. By now, the Bushmen are very well-known in the area for their rubber-burning prowess. Among insiders, however, the common refrain is that they should be bigger. With the way they've been going – harder, hotter and headlong – it's only a matter of time. 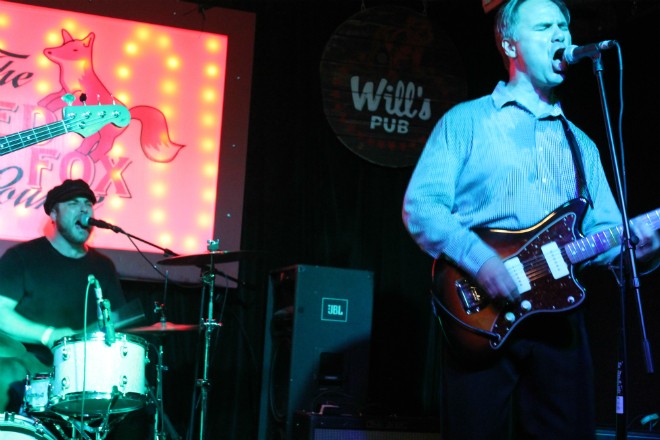