Plus, live reviews of Melvins, Interpol 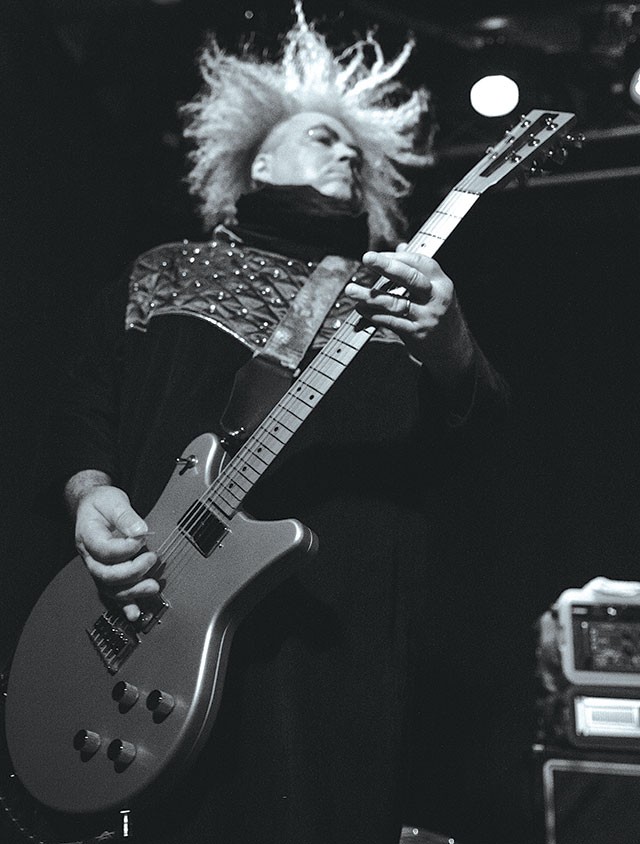 While our cover story this week is a farewell to the recently closed Red Fox Lounge, perhaps this week’s column can provide a hopeful counterbalance with a new development on Fox cornerstone and legendary lounge singer Lorna Lambey. Her new, potentially regular stand is one short block south at Rocco’s Italian Grille, which just unveiled a new live music schedule last week (8-11 p.m. Wednesday-Saturday).

Rocco’s is a very different milieu than the straight-up lounge of the Fox. But at her recent debut there (Nov. 8), Lorna – along with fellow Red Fox performer Michael Moore – proved capable of bringing the good times that transform a restaurant bar into a place of life and entertainment and, in this case, swinging campfire. The house was full of people who were there for not just any entertainment, but these performers in particular. The applause told the story. It wasn’t the distracted golf clapping typical of this kind of setting. This crackle emanated from an engaged, present and tuned-in audience. Moreover, the night skewed toward the older Red Fox fans and not the young tourists, which is good. For this act, I’d much rather roll with the O.G. crowd anyway. They’re proof that the party only stops when you do.

Comparing anything to the sui generis Fox would be unfair, but Rocco’s does feature more room to breathe or – even better – dance, and it was nice to see people take advantage of that. But if they bring on Lorna as a regular feature (and they should), one thing they’ll need to make this a truly suitable new home for her is a proper spotlight. That kind of atmosphere and marquee names like Lorna could very well turn Rocco’s into a supper club, and that would be a classic nightlife twist that’s a worthy successor to the Red Fox tradition. If you doubt the will of that fire to live on, consider the fact that Red Fox staffers Betty Lombardi and Mark Herrin are now running the bar at Rocco’s. So go fan the flames – Moore performs there weekly and Lorna’s next confirmed date is Nov. 28.

All the cross-pollination lately between the kooks from the Melvins and the Butthole Surfers has had a defining influence on the Melvins’ latest phase (Nov. 4, The Social). The Butthole Surfers’ fingerprints on the Melvins’ latest album make Hold It In a strange, unpredictable and intriguing trip. But coming off their mammoth dual-drummer Big Business lineup, this fresh new conceptual leaf has a hard time getting fully turned over in the shadow of that monster. No diss to this latest adventure; anything would pale in comparison, because that lineup was visually and sonically perhaps the most monumental thing the Melvins ever did.

But they’re still some of the hardest, weirdest rockers alive, and credit’s due to their daring commitment to being a moving target. Unlike most of their original Seattle class, these cult heroes have kept it real and maintained a steadfast career track of keeping the idea of heavy music elastic and expansive, even at the cost of sometimes upsetting it. It’s what’s kept them interesting, relevant and original. It’s what’ll keep them forever underground but forever legends.

There is, however, nothing surprising about Interpol (Nov. 7, House of Blues). They’re back with a new album (El Pintor) that’s more steady continuance than blitzing comeback. Live, they were unsurprisingly solid, delivering a performance of control and intent. But, for all their lack of lightning, they’ve proved one of the most durable and honed of the big millennial indie-rock bands. The post-Joy Division brood dudes may have begun as part of the early 21st-century zeitgeist, but they’ve plied their dark romance with such focus and clarity over the years that they’ve built their own twilit world beyond trend now.

Pro tip for anyone headed to a House of Blues show: Leave home at least 30 minutes earlier than you would normally; more, if it’s a weekend. With the major Disney Springs overhaul in high gear, the parking situation is full-on FUBAR right now. You don’t need to be missing out on any part of your show because of a traffic surprise.

Honey Bucket: Photos from Melvins at the Social