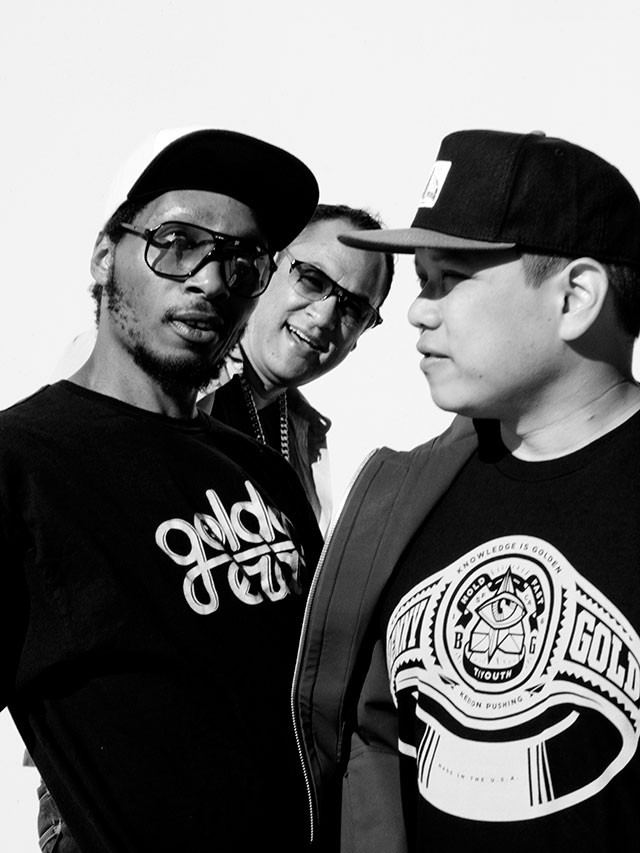 Although we as a music scene generally have little sense of it, Orlando does actually have some notable history. That’s why it’s cool that events like the Sapphire Supper Club 20-year anniversary party (April 2, the Social) happen from time to time. This progenitor of the Social – now a leading venue of national indie prestige – was a beacon in a more formative time of the city’s independent rock scene, often considered a golden era when downtown was still a bit of a frontier, a nocturnal playground for alternative culture. My, how things have changed.

The big event was defined by certified local OGs like Eugene Snowden, Jeff Nolan, Terri Binion, Joseph Martens, Brian Chodorcoff and Steve Foxbury, as well as Georgia notables that had historical ties to the Sapphire, like Drivin’ N’ Cryin’ and Donkey. But apart from soaking in the warm reunion vibe, probably the biggest single draw for me was on the more current end of the spectrum.

As viewers of the hit FX cartoon series Archer already know, Cherlene is the country-singer alter ego of Cheryl Tunt this season. But regular readers of this column know that this national pop-culture juggernaut is tied to a local talent: singer-fiddler Jessy Lynn Martens. Actress Judy Greer still voices the character, but any time she sings, it’s all Martens. And since the bandleader of this season’s Archer soundtrack – Drivin’ N’ Cryin’s Kevn Kinney – was already in the house, us locals were specially treated to a live, full-band Cherlene performance. It was a powerful primetime set that showed the big star power of Martens’ voice in ways only hinted at before.

Even though I hold fast to the philosophy that freshness, forward motion and sometimes even revolution are critical to a scene’s health, I believe Orlando suffers from its lack of institutional memory. That’s why events like this Sapphire anniversary party are valuable. They remind us that our city has some depth of past. Whether it’s perpetuating institutions like Sapphire, Visage, AAHZ or Phat-N-Jazzy, these reunions are more than just good parties – they celebrate pivotal eras in Orlando’s music history. These movements, these people gave us a sense of place and terroir. However, the legacy dims by our own amnesia. Our music culture gets shallower and all that work on which we could build is scrapped. Lest we forget, these are the shoulders on which we stand, atop the ones that paved the way to make the exponentially more colorful and kaleidoscopic Orlando scene of today possible. So, cheers to the pioneers.

Packing the same house less than 24 hours earlier was the more future-looking (by over a thousand years, to be exact) Deltron 3030 (April 1). In the world of hip-hop, this is a Justice League congress of alt-rap heroes. Between the incomparable Del the Funkee Homosapien, stud producer Dan “the Automator” Nakamura (Gorillaz, Handsome Boy Modeling School, Dr. Octagon) and star turntablist Kid Koala, these cats are game-changing architects of a forward-thinking school of beat disciples that defied the bounds of genre and media in groundbreaking ways.

In his opening set, Kid Koala showed his unconventional genius with a style that’s much more creative and abstract than technical. Unlike the tight, diamond-cut trickery of decorated battle DJs like Rectangle or SPS, he awes with his sheer inventiveness, a thing that even moves past basic turntablism and into actual music making.

The Deltron supergroup itself arrived amid intense buzz behind Event II, their long-awaited sophomore album. We’re talking 13 years’ worth of anticipation here. Luckily, they came to put on a show. Del brought his natural swag, and Kid Koala brought the sparks. Nakamura – who’s more suited to the studio than the stage – was a stiff. That mattered little, however, because they had the decency to bring three extra live players to make it a truly legit stage performance. But that extra mile is why Deltron is exceptional in both practice and theory. Instead of just relying on their collective star power to carry the day without effort like some half-stepped all-star game, they come with real commitment and concept to deliver something that’s big, cohesive and greater than the sum of its already formidable parts.