This Little Underground: The re-materialization of Roky Erickson 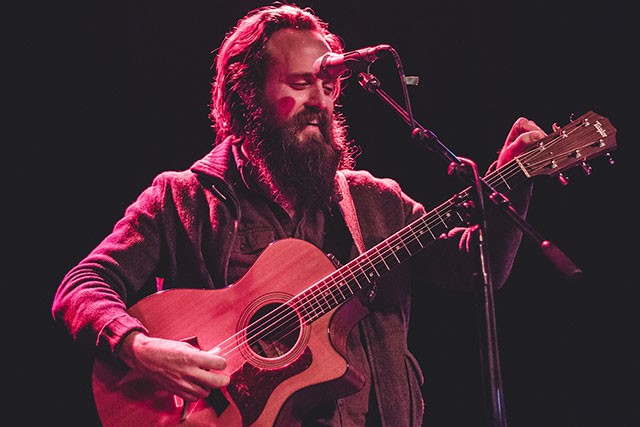 Through two notable cult heroes – one seminal, the other unlikely – this week was an exceptional reprise of some historically distinctive moments.

Although more than five years delayed, the psychedelic dream of Roky Erickson and the Black Angels sharing the stage finally rematerialized on the East Coast (Feb. 24, the Social). In terms both qualitative and historical, this was a big deal, the biggest show of 2014 so far and will likely be for a very long time. The tour billing has the Angels topping the marquee, but, in my interview with him, frontman Alex Maas said he considered it a co-headlining bill. With a capacity house that was buzzing early, it seems Orlando did, too.

The first time I saw Erickson perform was in 2008, right when the music world at large started to realize that this comeback wasn’t some ill-fated train wreck but the real Mac. When I was game-planning for SXSW that year, he was probably the artist I was hellbent on seeing. Despite a prime-time slot at a prime venue (Stubb’s outdoors), much of the large crowd moved on after the younger band before him concluded. But those of us who stuck around knew the deal, were intensely curious and got to move up nice and close. That was where I witnessed firsthand the fact that Erickson’s return was legit. The embers of that memory still warm me like it was last night’s bonfire, so to be able to see him back home on such an intimate indoor stage is a fantasy fulfilled.

That 2008 performance in his native Austin was primarily Erickson’s harder-rocking solo material. But with 13th Floor Elevators songs occupying three-quarters of the set list, this one was manna from beyond for psych heads. The sonic thrust was more from the instruments than Erickson’s vocals, but he’s got a good band with decent heft and his voice was enough to be present and alive. Even if it didn’t give enough due to his post-Elevators genius, this performance was an absolute treat. But any chance to see the man who’s at once one of psychedelic rock’s most defining icons, most tragic stories and most redemptive comebacks is bound to be extraordinary.

Although the draped music that Iron and Wine has been making in the past decade is manifestly well-crafted, it’s an era apart from the pin-drop folk music that first made Sam Beam an indie star. It came in on tiptoe, but that early, pre-2005 work hit me and a whole lot of other people like a revelation. When he first entered the indie consciousness, the whispered beauty of his music was arresting, at first by sheer virtue of contrast. With a hush so stark and startling, it seemed defiant and strangely brave amid a noisy world. Once you tuned in, that grip was sustained through poignant turns of melody and intriguing lyricism. The way his music incited a groundswell despite its superlative lack of volume made Beam look like some sort of far-fetched revolutionary. And seeing him sardine-can the Social and mesmerize a young concert-going crowd into rapt silence nine years ago was like sorcery.

But his ambitions became grander, and though his music remained unusual and creative in different ways, the mystique was never quite the same. After a while, I sort of checked out. That’s why I was so eager for this solo outing (Feb. 27, the Social). Although not a complete rewind to that stunning 2005 show moment, this was a big return to that intimate magic, with a packed house so entranced you could hear the swinging of the club’s doors. It was often beautiful, especially how much his vocal expression has grown beyond just enchanted diffidence. And it was certainly special, with a campfire scale and a set often dictated by audience requests. All told, it was a refreshing revisit of a particular spark in time that I thought might never be again, and a nice reminder that Sam Beam’s still deepening even while I wasn’t looking. With an ever-increasing career profile and two sold-out shows here in a single night, it’s always validating to see a quality artist like this succeed against great odds.

Love and some verses: Photos from Iron & Wine at the Social