This Little Underground: The return of freak-rock kings Happy Valley 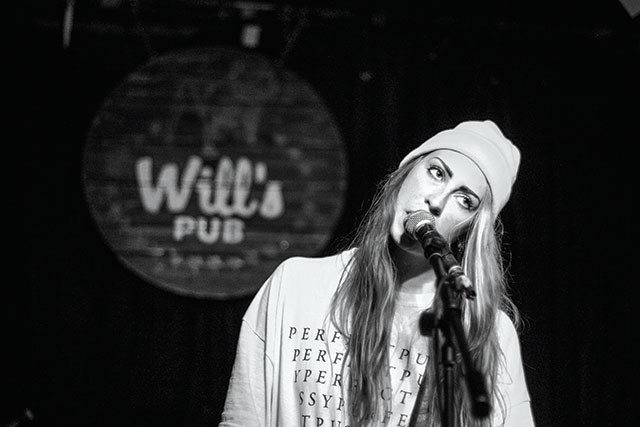 Orlando has a somewhat transient music scene. The soil here is more fertile than ever for talent, a fact that’s finally becoming less and less surprising to the smarter national media. But sometimes it’s precisely because our homegrown musicians are genuinely gifted that they fly away to try spreading their wings in bigger markets, something for which you can’t begrudge anyone too seriously. Before I get to my thesis, though, let me remind you that this is why we need to champion the fuck out of the talents we currently have – in person at a show, preferably. But the main point is that any positive addition to the pool – anything that ups our average – is a thing to be celebrated. And the latest one is the possible reawakening of an oldie but goodie.

Prior to the prime of locals like Matt Kamm (Telethon, Me Chinese) and Timothy Murray (Moon Jelly, Zenas Fisk, Auto Chlor), the kooks of Happy Valley were the reigning kings of Orlando’s freak-rock scene. Although they just played their first local show in a year (June 8, Will’s Pub), it’s been probably several since I last saw them.

In that time, a roster change has replaced keyboardist Rogier van Etten with Danny Feedback, a storied local artist whose taste for oddity and mischief is as ideal of a match for this band as can be imagined. In this new arrangement, the keytar is replaced by a traditional bass that more than makes up expressive ground through a wild arsenal of pedals. The result is a harder-hitting sound that recalls the punch and crunch of their earlier days, and it’s a good return. This is a band whose sonic backbone is wildman (and bear dream) Evan Shafran – a guy who plays his drumsticks backwards like little clubs – so the added rock makes for a more logical, unified and forceful sound.

This performance had none of the sensational DIY props that Happy Valley was doing way before Andy Matchett and the Minks, but it didn’t need any of that. No, just seeing one of the most wildly original bands this city has ever birthed revived and reloaded was as much as anyone could ask of a show. As this set reminded even me, Happy Valley could easily step back in the scene and still be among the cream of the weird crop. Now that they’re back practicing on the reg, that may just happen. So stay tuned.

If ever you needed proof that the ’90s indie revival was in full bloom, the latest Norse Korea bill was as good a case as it comes. Between local Superchunky rockers Jr. Meowzer and touring bands Swearin’ and Potty Mouth, it’s like someone just pressed skip over the last two decades.

It was nice to see Jr. Meowzer playing their own material again. That Guided by Voices cover set they did at one of the NK cover shows early this year wasn’t so great. But their own songs reminded me of why I fell for them in the first place. With poppy melodies cut from good emo and fed through a careening punk blender, it’s the sound of young, shredded hearts.

Local melody punks Wet Nurse, who aren’t quite as literal to the ’90s as the others, are still at the top of their game among the area elite.

Massachusetts’ Potty Mouth, however, live the ’90s gimmick to a studied degree. The beanie and swallowingly large T-shirt of frontwoman Abby Weems said it all without a sound. This band is the slack, smeared, subversive cool of the ’90s personified and revived in living color. And though they are straight atavism, they do it with taste, spark and authenticity. Seriously, these girls rock hard.

But Swearin’ did it the best by far. With a sense of song and sound that’s deeper and more dimensional, they’re just a more complete act. Bandleader Allison Crutchfield may think it’s marginalizing to consider themselves in light of their obvious ’90s forebears, but too bad, because they’re heavily referential. But they’re also very good. And it’s their quality that distinguishes them – from their influences, from their peers, from everything.

Here to hear: Photos from Swearin’ and Potty Mouth at Will’s Pub