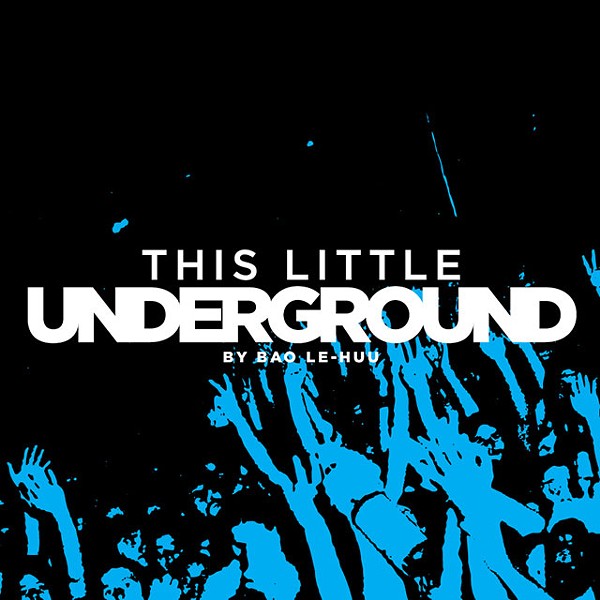 Orange City’s North Avenue Studios has, in recent years, established itself as perhaps the region’s most notable indie studio. Much of that has to do with Off the Avenue (offtheavenue.tv), the web TV series produced by the studio that leading indie music blog Consequence of Sound presents worldwide. Through the series, they’ve been doing great work of national prestige. To celebrate, NAS just released the first volume of the Off the Avenue compilation, a selection of their favorite sessions so far. Artists include local heavyweights Roadkill Ghost Choir, Kaleigh Baker and Thomas Wynn & the Believers alongside national stars Hundred Waters, Heartless Bastards, El-P, Lucero, Cursive, Man Man, Here We Go Magic, Helio Sequence, Edward Sharpe & the Magnetic Zeros, Bombay Bicycle Club and YACHT. Download free at offtheavenue.bandcamp.com.

I love the idea of the Two Piece Mini Fest and salute the Yogurt Smoothness boys for making the rapid-fire musical duo showcase a tradition. But the area talent pool hasn’t been especially deep in two-pieces lately, making the affair a bit repetitive after four episodes. However, this fifth installment (May 31, Peacock Room) managed to kick with some hot new spice in the mix. Check you out, Two Piece Mini Fest.

There were usual reliables like Melbourne’s the Dull Blades and host duo Yogurt Smoothness. Even area band Bellows, a perennial participant of which I’ve not been a fan, were much improved with a more focused and incisive dream-folk sound. But among them was some good new blood –fire-starters rich in skill and ideas – that revitalized the fest. Most outstanding were Orlando’s Trails and Cocoa’s Slag, two bands vastly different in style but equally notable for gutsy invention. Slag, whose technical mind-fuckery practically clawed the walls bare, is unquestionably one of the most adventurous and distinctive metal bands around. With their barrier-breaking range and exhilarating aggression, they’re so in line with all the intelligent metal happening right now that I’m surprised they haven’t yet been snatched by a smart boutique label.

Meanwhile downtown (Backbooth), Los Angeles rapper Blu arrived amid some hype but was really no big whoop live. Speaking of underwhelming performance, one of rap’s most frustrating aspects is the inverse relationship between rappers’ tendency for full-posse performances and their basic proficiency in the format. That’s why a four-MC group like opening local quartet the Soulstice sounds, on paper, like a waiting demolition derby. On stage, they didn’t exactly disprove the unfortunate truism. In the way traditional singing groups must learn to jibe together to be intelligible and meaningful, you rappers too must learn how to fire together like an ensemble. You’re not exempt from that basic law of music. And no amount of swag or pageantry will fill a gap in execution.

Orlando indie rapper Niko Is, however, was a refreshing discovery. The Brazilian-Argentinean cuts quite the character, blending slinky tropical steez with a dense, left-side flow. Intriguing and free-spirited, he’s a fresh voice on the local hip-hop landscape and a cogent antidote to the stale rap stereotype.

And his a cappella finale was pretty damned dope.

Opening a mostly-acoustic showcase (May 28, Will’s Pub) was local Landon Pontius. He’s a nice, fresh-faced young man, the sort that girls like to introduce to their parents. Even if you haven’t heard this particular cat yet, you totally have. He’s just like those other guys who do acoustic pop with white-dude soul – yes, all of them. Now, Pontius don’t suck, he’s just stuck on the kind of freshman feelings whose realness is totally negated by their banality. Awww, I know.

But look at headlining Orlando folk bard Danny Leggett. Although I liked him when I first saw him, he’s now much more complete. Through nuance, craft and expressional depth, he’s simply more naturally penetrating than his peers. If you’re into the solo singer-songwriter stuff, at least explore someone legit like this. And it looks like a lot more of you are.

The caffeinated, wiry braid of power-pop and new wave that Boston’s Pretty & Nice (May 30, Peacock Room) pump out so energetically is alternately likable and irritating. But at least they got a thing going on. And they’re all in. But nothing this night was cooler than the Pauses’ cover of Grandaddy’s “A.M. 180.”