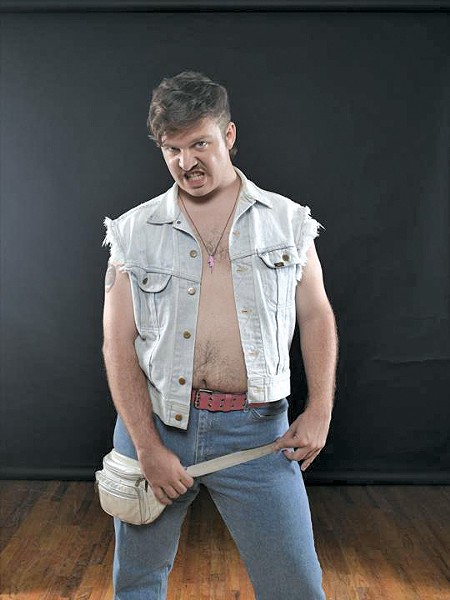 You are currently in the midst of the most star-studded music week since autumn. You lucky dogs. Hopefully you caught either Bare Wires or Hank 3 earlier this week. If you’re reading this hot off the presses – as you should, always – then the next few days will be a mind-blowing parade of significance like Japanther (Will’s Pub), Of Montreal (Plaza Live), Kishi Bashi (Plaza Live) and, most notably, the Orange You Glad Fest (March 8-11; see page 22 for more), which is bringing in exceptionally fresh bands like Cults, Tennis, Hospitality, Zambri, the Big Sleep, Mr. Gnome, etc. Minds will be blown. Make sure yours is one of them.

Central Florida ex-pat Christopher Paul Stelling returned to officially support the new release of his riveting debut album Songs of Scorn and Praise (Feb. 26, the Social). Seeing how spellbinding a performer he’s become, there’s much to be proud of in this native son. In fact, watching one of his performances should be an imperative for every aspiring solo acoustic musician, all 3 billion of you. For about 99 percent of you, seeing Stelling will first make you ashamed of your own expressive laziness and then impel you to either give it up or step it up.

Moreover, it’s just nice to see folk music done right. The hippies ruined folk music. There, I said it. Whenever you hear a practitioner like Stelling, who reaches beyond the played-out memes of that era, you can come to no other conclusion. But luckily, the torch hasn’t been entirely extinguished, not as long as musicians like him are still live.

Speaking of evolution, the Tenant has been doing some major retooling. Because they’re only partly local, we don’t get to see the play-by-play development of the Orlando-Austin band. But their latest show (March 2, Back Booth) proves that their sound is crystallizing into something bigger, more incisive and simply more prime time. Outgrowing the basic, pretty indie pop of early on, they’ve now become a full-on electro-rock band with ringing, screaming guitars and dance pulse. And this new sound is large enough for a stadium. Most importantly, though, the Tenant proves that accessibility doesn’t have to come at the cost of quality. Download their songs for free while you can (thetenantislistening.com).

I finally caught local trio Thee Wilt Chamberlain (Feb. 29, Will’s Pub) and was struck by how rich they sounded for a little surf-rock band. Between the tall, vibrant guitars in the lead and the nice, thick ribs on the low end, their bright sound beamed with warm vibes, echoing depth and just enough pulp. Nice to see a band do the surf thing with some youthful vigor.

Much more than the next nerd hero, Indiana headliner Andy D is a party cannonball. The spirit of his rap and trash-pop jams is essentially a mashup of the Show is the Rainbow, Cracker Jackson and Andrew W.K. He’s got some legitimate wit and outrageous sensibility, but his unquestionable Dim Mak is a hilariously physical performance style. Outside of Chris Farley, you’ve probably never seen a thick guy work his goods so sweetly. And, holy Truffle Shuffle, did he work it with awesome moves and a physique-accentuating wardrobe. It’s undeniably stupid, but something is wrong – something involving a cork and your butthole – when you can’t dig straight-up, retarded fun like this. Still, that belly’s gonna haunt me in my sleep.

One local band that could use some editing and concision is the Mother Machine (March 1, Uncle Lou’s). They’re not bad, just boring. The tapestry of their bluesy psych-rock shows lots of attention but it’s diluted by too much jammy wankery. If they concentrated their force more and sprouted some conviction and balls like they did on their final song, they could be promising.

In case the moniker flip didn’t already clue you in, brand new local duo Milkman Roughness is the alter ego of Yogurt Smoothness. They’re not quite as much a departure as their name would suggest though. Their sound’s still grungy, just perhaps touched with more noise rock and punky sludge. It was their first show and it seems like they’re still working things out. But it’ll be interesting to see how much of an animal this one turns out to be.