Our live music columnist checks out Ralphfest 2 and The Sword 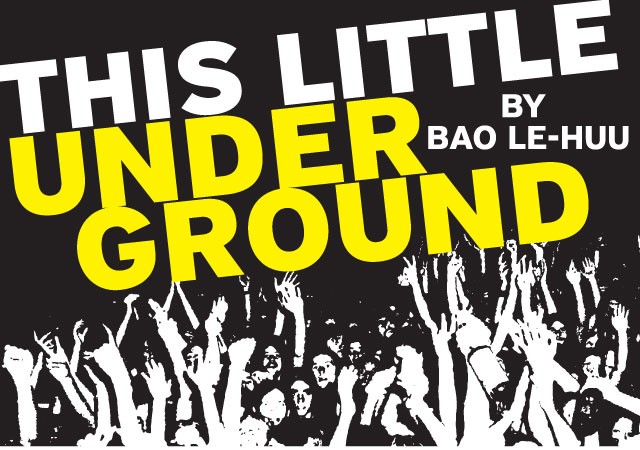 RalphFest, the celebration of fallen local music son Ralph Ameduri, is now officially an annual tradition. Instead of a block party like last year's debut, the memorial music festival (Nov. 24) took to three live stages this year – the Beacham, the Social and an outdoor stage by Elixir. The absolute best thing I saw that night was the special performance by singer Lorna Lambey, the most incandescent half of legendary local lounge act Mark and Lorna. Sadly, husband Mark Wayne died in February, and she's since retired from the spotlight. So, it was simply the greatest thing to see this Orlando icon on stage and in action again. Solidly backed by neo-lounge act Los Diggaz, Lambey delivered the kind of lively, full-spectacle physical performance she couldn't do at the tiny Red Fox Lounge. And human language is not rich enough to express the joy that filled me to see her up there, swinging, belting and just glowing. How we've missed you, Lorna.

Of the other things I managed to see, highlights include the underrated rock & roll of Jim O'Rourke & the Rugs, the staggering ability of omnipresent guitarist Brian Chodorcoff to memorize the songs of all the bands in which he played, and Jeff Nolan of hard-rock machine the Ludes quoting Die Antwoord in his sound check. The event's surprise find was the impressive Shew' Bird, whose spare Americana sound was made lush and soulful by David Minshew's rich country croon.

But greater than any act was seeing the spirit and support surrounding the festival. In a city often plagued by factionalism, it's refreshing to be among such unanimous and radiant solidarity. In my many years on the scene, I've not ever seen a bigger galvanizing mobilization of Orlando's music establishment.

The proceeds of last year's RalphFest went to help Ameduri's family. This year applies the loving support of the city's music community a step beyond, by funding a musical scholarship that will give an instrument each year to a talented Seminole County Public Schools music student in Ameduri's name. Now that's how you turn tragedy into a positive, noble and enduring legacy.

RalphFest is a clear testament to the depth and amplitude of Ameduri's impact on the city's music landscape. But the fest and the scholarship could've only happened through not just heart but also a hell of a lot of work. So, besides all who paid or played, the greatest credit goes to those who've poured their time and creativity into organizing in Ameduri's name. More than just good friends to Ameduri, they're living heroes.

The Sword is back, baby. That new album Apocryphon is a welcome step back toward the big-ball shit that put 'em on the map – not all the way, but it's solid. When they're on, the Sword's chief triumph is their pitch-perfect balance of pace, riff and heft. They're not cited as one of this era's saviors of metal so often for nothing. And, really, these Austin boys still kill live (Nov. 20, The Beacham). While they're not always so consistent on record in recent times, playing live, they have a way of knowing what's essential and what's not.

Fellow Texans Eagle Claw bring some pretty serious thunder live themselves. They're another of those instrumental bands that really makes you appreciate the virtue of wordless heavy metal. Because of more than a few of its subgenres, metal, for me, is forever on the tightrope between excitement and camp. And rocking it entirely instrumentally is particularly smart in Eagle Claw's case. All that old-school glory they mine can too easily become straight cheese without just the right vocalist.

The Falcon is known for its nice tradition of interesting, cool and tasteful music theme nights. The recent one focusing on the luxurious fuzz of shoegaze (Nov. 23) was just about perfect. Besides an exceptional and informed playlist, VJ Chad Beachy completed the audio-visual experience by adding videos, too. The bar tells me he changes themes, but this is one worth reprising from time to time.

Notable news in weekly events: Beginning this week, the increasingly popular Sock Hop Mondays will change both locale (from Peacock Room to BackBooth) and day (from Mondays to Wednesdays). What this means for one of the city's most fun dance nights is an actual dance club situation, 18+ and no cover. Boom.