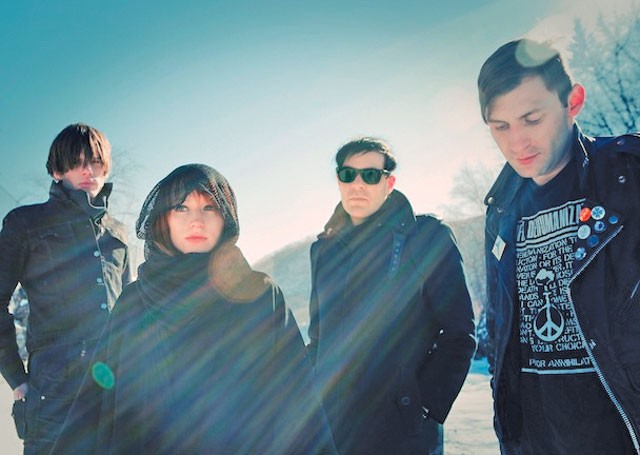 How to feel about a suspect finally in custody for the killing of beloved Orlando musician Ralph Ameduri is uncertain ground. The due process of our justice system needs to be allowed to do its thing thoroughly, but may this at least bring some sort of denouement to Ralph's family and many friends.

We talk a whole lotta shit about each other, but Orlando's music scene sure does come together in times of need. The latest benefit (Stand Up With Jered) was for Relief in Abstract Records co-founder Jered Dowden (Aug. 15, Will's Pub), who's facing a Kilimanjaro of medical bills after a bad auto accident. I don't know the kid personally but I know his work, and it's legit. A bright young experimental electronic scene has, if not sprouted, at least galvanized under RIA's flag. When your benefit's list of sponsors include Will's Pub, North Avenue Studios, Post Script Presents and Norse Korea Presents, well, that's respect from a lot of respectable people and speaks loudly about Dowden's positive imprint on the landscape here. Speedy recovery to him so he can get back to the good work.

I sort of have a policy of not reviewing any acts at a benefit show unless it's something notably good. It was my second time seeing local teenage indie-pop band Out Go the Lights since they first emerged last December, and I've gotta say again how likable they are. With tunes so vernal, red-cheeked and exuberant, you simply can't not be swept away by these incredibly natural popsmiths. Their blissful melodies are pure, not cloying. And in terms of emotion, theirs is the unspoiled sound of first love.

Delphic Sybil (Aug. 12, Will's Pub) is the solo project of Brooklyn-based Florida girl Christiana Key, whose bona fides include being a tour member of Zola Jesus and Cult of Youth (who are coming Nov. 7 to Will's Pub). She plays a kind of enchanted, mythology-obsessed art-pop that's not as goofy as it could easily be. I dunno about you, but whenever I walk into a room and see a chick on stage in a leotard, tights, gypsy hip sash and shiny string headband, I gulp a little. But she was pretty beguiling as a violin-based loop-layering act. Save for the occasional electronic beat, she builds her lone self into a pocket string orchestra entirely live and renders dynamic compositions woven with zephyrs of melody and nice classical artistry.

But I came mainly to finally see Day Joy, an Orlando band perking radars lately (Paste recently acknowledged them). This group is crystallizing very impressively indeed. Their florid, pastoral indie folk is dreamy but not to the point of impressionistic blandness. Instead, they pack lovely melodies, impressively rich arrangements and a notably climactic sensibility – lead singer Michael Serrin doesn't shy away from the occasional well-timed scream. And since their sounds practically radiate a balmy yellow glow, they're as aptly named a band as any.

The music of Cincinnati's Bad Veins (Aug. 14, the Social) is cute, and they're a little more convincing live. But for all their skill, earnestness and strands of promise, their scattered sound just doesn't cut very deeply.

Opener Stagnant Pools, however, were an entirely different matter. This brotherly duo kicks out rumbling, beautiful songs built on taut post-punk undercurrents and expansive cascades of shoegaze static. With seductively textured guitars, they ride the more rock side of noise-pop and are reminiscent of excellent British acts like Ride and especially the obscure but criminally unheralded Adorable. Their use of dynamics and exhilarating guitar effects gives them a notably robust sound for just a two-piece band. From stylistic signifiers like their gaping, powerful fuzz and darkly majestic melodies, it's pretty obvious these cats got taste. Their debut album (Temporary Room) – just a week old as of this performance – is a fantastic work that has all the makings of a sleeper.

Since they hail from Bloomington, Ind., it's kind of surprising they weren't swooped up by their own hometown's pacesetting indie label triad of Secretly Canadian/Jagjaguwar/Dead Oceans. Score one for equally esteemed Illinois label Polyvinyl, because these guys are a prize. But just as those labels missed out on Stagnant Pools, Orlando unfortunately overlooked 'em on this swing through, too. Let's hope there's a next time.