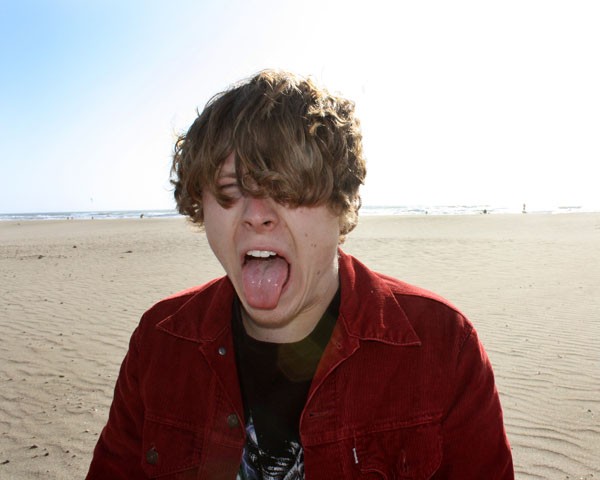 Don't even get me started  on this Rick Scott fucker. Oh, right, music!

Florida's Lauris Vidal impressed as usual with his quirky cracker brand of bluesy folk. But he's always a generous performer, the kind willing to unplug and get down to stomp and howl with the audience. And about Vidal's trademark foot stomps: Credit sound guy Lance Kamphaus for adjusting the microphone placement and mix to allow the stomps to measurably factor into the  live performance.

The night's biggest surprise, however, was the solo set by now-local Athens, Ga., transplant Richard Sherfey (whose Americana band is All God's Children), specifically, the power of his singing. His sweetly crestfallen songs were solid and all, but that voice is a force of tune, soul and conviction.

I've been bemoaning the ebb of good homegrown alt-country in recent years. Well, consider me temporarily placated. Orlando's Sweetkisses (Feb. 26, Will's Pub), who were part of the last proper wave of budding twangsters a handful of years ago, are back in business. And their resurrected devotion to songs that are big on melody and free of pose and cliché is a return worth  celebrating.

Opening was Tampa's Ted Lukas & the Misled, which has a reputation as a seasoned country-rock band. What I heard, though, was blues-rock that was careless, and worse, bewilderingly generic. Of all that sound cranked out by a full crew of players, very little of it resembled even a palatable song. From what I gathered that night from musicians who've played with Lukas in the past, I wasn't the only one caught off guard. Apparently, this is some new direction for the band. Unfortunately, it's pap you can hear at any D-list roadhouse played by dinosaurs 20 years their senior. And I can't think of anything more damning than that. The end of the set revealed a bit of their recognizably jangly twang, but as the vacated room attested, it was too late to matter.

Truly, no one freaks an organ like NOLA original Quintron (Feb. 23, Back Booth). No one. I've seen him and his puppet-loving wife Miss Pussycat perform before, and it's still awesomely bizarre. However, California garage-punk slinger Ty Segall simply blew me away. Although clearly melodic, the volume and ferocity of his band's attack was bracing and almost confrontational. Its live execution's got real nuts and guts to it and isn't some thin vessel for attitude that's really just rinky-dink slop at heart. Smeared with octane and raw nerve, this is playing that goes for the kill.

Local duo A.T.T.I.C. (Feb. 22, Back Booth) is an electronic act that actually succeeds onstage by having some live guitar and a really lovely voice to make it breathe with life. Although their fairly minimal sound has a chill mien that beckons rather than anesthetizes, the arrangements have some room to grow in terms of sophistication. However, Megan Gattozzi's elegantly finished dream-pop voice is ready for the real time and is a promising glimpse into the duo's possibilities.

Also playing was Gainesville's Hear Hums, whom I've gushed amply about. They are one of the most flat-out interesting bands in Florida. But their recent performance reminded me of a bigger point, because they're an experimental band that you don't have to be into experimental music to be swept by. Imagine that: doing something interesting, niche even, that hits some elevated  but universal degree of convincing,  something that can transcend tribal boundaries. Art has a full range of intent and impact. But artists creating on the highest level are the ones who can operate on their own unique terms but make a statement big enough to resonate on a plane that's intuitive and primordial. Those are the ones that achieve the greatest truth in expression. You'll never launch a revolution until your shit can move people beyond your little buddy clique.