Multisensory experience takes over downtown Orlando for one night only 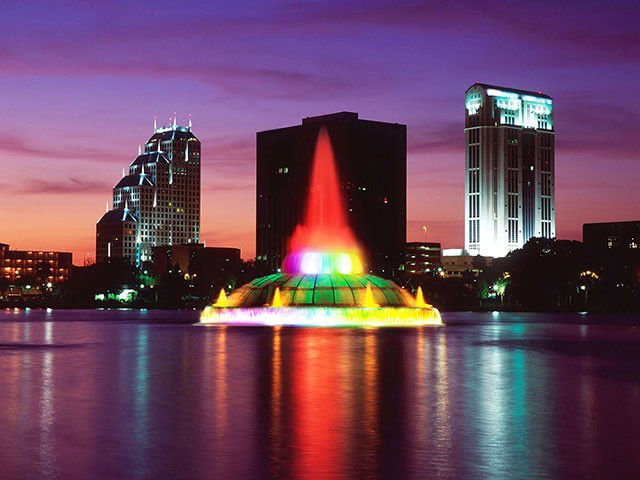 Spontaneous acts of pure aesthetic delight will blossom on the sidewalks of downtown Orlando Friday evening after the busy workday is over. Live painting, performance art, dance, interactive digital art, street music and gallery openings will blossom in the moonlight, and briefcases will be replaced by paintbrushes, guitars and puppets for the second year in a row when a frenzy of creative expression takes over the city’s core Friday, Oct. 25, to celebrate National Arts and Humanities Month.

“Density and intensity is the name of the game this year,” said Cole NeSmith of the Creative City Project in a recent interview. “Last year, it happened [every day] during the month of October, and this year we want to pull it all together in a single night for greater impact.” With a year to look back, NeSmith and Orange County Arts and Cultural Affairs director Terry Olson have put a multisensory event together for 2013’s Creative City Project, sponsored by the Downtown Arts District and the Downtown Development Board to promote the region’s urban core as a dynamic, creative place to be.

With multiple simultaneous events, being in the right place at the right time won’t be a problem. A nexus of creativity populates Orange Avenue down Central and Pine Streets, ending at Lake Eola Park. TrezMark Harris, Ana Jones and more artists plan to set up on the sidewalk to paint outside CityArts Factory (29 S. Orange Ave.). At Chase Plaza (Orange Avenue between Church and Pine streets), a brief performance by the Central Florida Community Arts Orchestra is immediately followed by dance pieces from Coby Project and Voci Dance. More performances there follow into the night.

In front of the Gallery at Avalon Island (39 S. Magnolia Ave.), the Medeology Collective stages a performance piece at 8 p.m. using video art, installation art and sculpture to critique media myths and ideology. In Washington Plaza at Lake Eola, NeSmith turns the fountain into an interactive art piece by rigging it so anyone can trigger sound and light cues; in the meantime, attendees will hear lyric soprano and clarinet pieces by Lori Lovell and Christine Barron. After Lovell and Barron’s performance, the proceedings take a sharp left turn with Fringe Fest hit Piranha the Musical, interactive improv puppetry by Stuffed With People, and Lil’ Women, the Rap Musical, which combines 19th-century chick lit with rap beats.

In Heritage Square Park (in front of the History Center at 65 E. Central Blvd.), Nathan Selikoff debuts Beautiful Chaos, an interactive digital projection piece that promises to be eerie and amazing, followed by Rachel Chase’s dance to her own mix of video and music. The Florida Symphony Youth Orchestra moves this venue into the rest of the night.

If these highlights don’t promise enough of a feast, more will follow at each venue late into the night; visit creativecityproject.com to explore the schedule more deeply. Expect the evening to get more and more surreal as performers and artists run the city, footloose from the bounds of the stage and the studio. Like many cities, Orlando is rediscovering the power of its sidewalks, not just as places of business but as places to celebrate art. Psychfest in Austin, Detroit Intergalactic and many other festivals are bringing soul back onto the streets, and Creative City is part of this movement. Local artists, musicians, dancers and performers get an audience, and the rest of us get something we always wanted from our city: an authentic experience.