Toro y Moi freezes out chillwave as a genre

Chaz Bundick’s project set the bar for chillwave, but now he’s bored by it 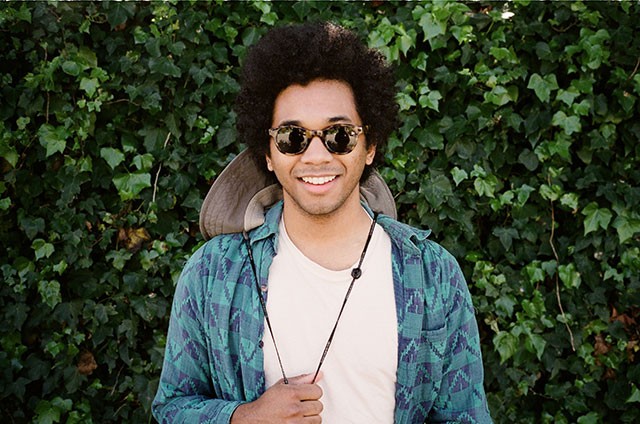 Recording as Toro y Moi, Chaz Bundick breathed sensual life into the chillwave craze circa 2009. But this quiet, unassuming South Carolina native, whose chopped and screwed electro-pop has skewed more psychedelic funk, outsider R&B and kaleidoscopic disco over the course of three full-length albums, has never cared much for categorization, compartmentalization or generalization.

Since the 2013 release of Anything in Return, Bundick has seemed reluctant – even quietly defiant – about embracing his role as “the chillwave godfather,” which Rolling Stone called him last May. In interviews that grew sparser and simpler, Bundick talked about tennis. Golf. Woodmaking. Graphic design. And being “burnt out,” “straight-up tired” and “bored” with music, an attitude that’s hard to jibe with Anything in Return’s party-starting pop tendencies.

But it makes sense. Bundick stumbled into his career as a full-time musician; after graduating from the University of South Carolina in 2009, he got laid off from his graphic design job, was bored working at a bagel shop and cranked out a few lo-fi summertime jams in his bedroom before sending them to prominent blogs. Critics fell over themselves to praise him – even Kanye West, providing a crucial early vote of approval for Toro y Moi’s debut, Causers of This, which sent 20-somethings rushing to download every glitchy, hazy track.

Along with the similarly warbled, easygoing demos of Ernest Greene of Washed Out, Bundick’s first batch of songs came to represent chillwave in all its hyperbolic permutations. Snarky blogs like Hipster Runoff had a field day with the micro-genre, while influential outlets like Pitchfork drafted think pieces that dug into the historical context of electronic pop. By December 2010, Bundick was happy to disregard the term while admitting to blog At the Sinema that he still liked Washed Out and Neon Indian: “I think [chillwave] was just a small little period where we all were, coincidentally.”

Yet Bundick seems acutely aware that music afforded him to go from underemployed college graduate to in-demand artist. His second album, Underneath the Pine, was released just 13 months after Causers of This, followed shortly thereafter by an EP and a compilation of early demos. And even though he’s admitted to burnout, he’s filled the first two months of 2014 with gigs, including trips to Australia and Japan for big-ticket festivals and one-off Florida gigs surrounding his recent jaunt on the Weezer cruise. “I know this is not a hard job,” he told Rolling Stone last May. “People say it’s a hard job, but there are so many jobs that are harder. So I feel like I have to sort of make up for it and push myself to work harder.”

In the same interview, however, Bundick talked about how he’d rather pursue music as a hobby than as a full-time career; earlier in 2013, he told Pitchfork, “I only consider myself a musician because a label puts out my music.” But he also changed up for Anything in Return, a tour de force of danceable, front-lit pop music, a far cry from the skewed, sun-fried vibe of his early work. The album features Bundick at his most reflective, returning again and again to lyrical themes of leaving home (he moved away from South Carolina for the first time in his life) and maturity (he followed his girlfriend to California so she could pursue a Ph.D. in environmental engineering).

So what’s next? Two weeks ago, he made a hilarious mannequin-kissing cameo in a Chromeo video, and in January, he appeared on Jimmy Kimmel Live. But otherwise, he’s been uncharacteristically silent since that May Rolling Stone interview, when he hinted at new material veering in rock, punk, folk and even Beatles-esque directions.

“I’m constantly changing my sounds. I don’t want to get jaded doing music … ’cause that happens all the time to musicians.”