Couchsurfing: What we’re streaming and watching this week 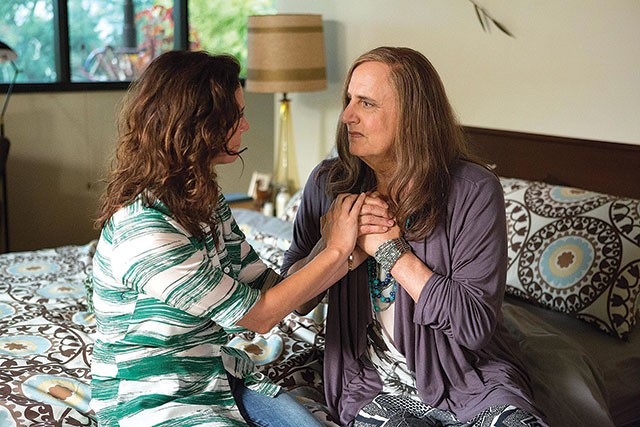 Though Amazon has yet to garner the accolades for original programming that Netflix has ­– perhaps due to the prohibitive pay-for-the-whole-year-in-advance pricing model that keeps its original shows from finding as wide an audience as Orange Is the New Black or House of Cards – the smart money is on Transparent picking up plenty of Emmy nominations this year, if not a statuette or two.

Jeffrey Tambor plays Maura Pfefferman, a trans woman struggling to come out to her three adult children – Sarah (Amy Landecker), Josh (Jay Duplass) and Ali (Gaby Hoffmann) – who are all kind of selfish shitheads. At the beginning of the series Sarah is starting up an affair with a college girlfriend, Josh is sleeping with a young musician and Ali is unemployed and directionless. During a group support meeting, Maura bemoans, “How did I raise three such selfish kids?”

The answer becomes apparent over the course of the 10-episode season, as Maura’s secret comes out only to be replaced by more secrets between her and the individual kids. The themes of secrets and transparency get played out through promises, affairs and flashbacks to Maura’s period of keeping her secret from her family. The only people these characters become transparent to are the ones in the audience, who are able to see with heartbreaking detail how this family has been affected by their legacy of secrecy, even if they can’t.

The cast nails this tragic lack of self-awareness, garnering just as much sympathy from the audience as revulsion. Cringeworthy moments – a pregnancy-inspired proposal, Maura coming out to a child who’s on ecstasy – pop up fairly frequently, but are handled in a way that emphasizes the humanity at the heart of the dysfunctional.

Season 1 of Transparent is available only on Amazon Prime for now, though a DVD and Blu-ray release is promised down the line. The show has been renewed for a second season, though a release date has not been announced.