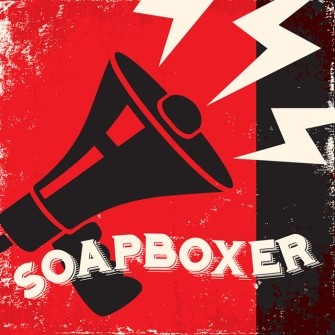 Let’s get this out of the way: I don’t care what Rep. Trey Radel puts in his mouth or up his nose, so long as he does it on his own time and doesn’t hurt anyone else. Nor should the Southwest Florida Republican’s guilty plea for cocaine possession last week necessitate his resignation.

The pearl clutching, quite frankly, is a little much. It’s not like the hallowed halls of Congress haven’t seen their fair share of fall-down drunks over the centuries.

Before we revel in the schadenfreude of an obnoxious dude-bro congressman’s very public downfall, let’s not elide the reality that addiction is a cruel and unforgiving mistress, a black hole of denial and desperation and self-destruction that destroys families and careers and human potential. Radel’s mother, who choked to death at his wedding reception in 2009, was an alcoholic. And so is Radel. He says he’s getting help, and I wish him well.

That is precisely where my sympathy ends. Around the same time the Tea Partier was snorting lines with college students and scooping an eightball from an undercover on Dupont Circle, he was also joining the Republican chorus of holier-than-thous demanding drug tests for food stamps recipients, because you know how those people are, leeching off the government teat to fund their bacchanal.

Radel’s is the hypocrisy of the privileged, of those who assume that what’s fine for them should be proscribed for others. His sin is the original sin of the war on drugs itself.

It’s also worth noting that had Radel been busted in Florida rather than Washington, D.C., he’d have faced a third-degree felony, up to five years in prison or on probation, and lost his driver’s license and voting rights. In D.C., he got one year’s probation, because the District considers mere possession of any drug – save PCP – a misdemeanor.

Yes, Radel – an elite in a lenient jurisdiction – got off easy. So what? Exactly what purpose would it serve for him to do time? More importantly, why don’t we treat all nonviolent drug offenders this same way?

We know that treatment is far more effective, and far cheaper over the long term, than incarceration. We know, too, that because of the war on drugs, “there’s been a decimation of certain communities, in particular communities of color,” in the words of U.S. Attorney General Eric Holder. Tough-on-crime policies, mandatory-minimum sentences and restrictions on early release have packed our prisons and perpetuated a vicious cycle of poverty and despair.

People are finally awakening to the drug war’s failures. States all over the country are relaxing or repealing drug prohibitions, especially for pot, and Florida seems poised to join them: 82 percent of us favor medical marijuana, and 48 percent (a plurality) of us favor legalization outright, according to a Quinnipiac poll out last week. If the proposed medical marijuana amendment makes it on the ballot – over Florida Attorney General Pam Bondi’s petulant objections – it will pass, and pass overwhelmingly.

But that’s not the end. The end comes when we recognize addiction for the disease that it is and treat it as such, when we stop destroying communities in the name of a moralistic crusade.

Yes, drugs – like booze and prescription painkillers and Tylenol (if you take enough of it) can have terrible, deadly consequences. But so do the laws that ban these substances.

Here’s a final thought: The day of his arrest, Radel took to Twitter to rail against the Affordable Care Act, which he’s proudly voted to repeal countless times. That law requires his insurance company to cover the substance abuse treatment he’s now receiving.