Trump did the thing. The only question now is whether he’ll get away with it 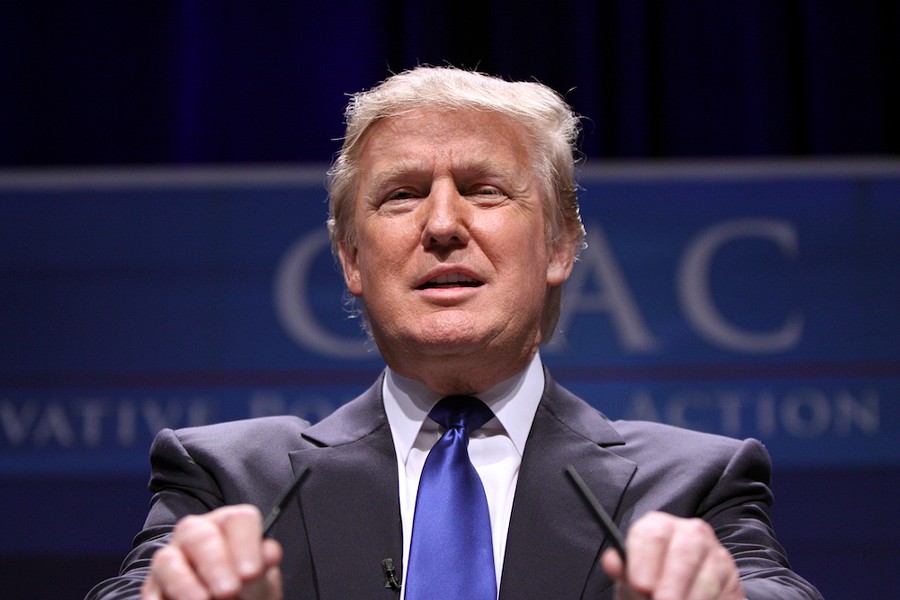 He did the thing.

There's no question he did the thing.

Everything that's happening now – the theatrics and distractions, the media analyses and pundit fulminations, the nitpicking and obfuscations, now the open witness tampering – is noise, a spectacle that will elicit more heat than light and should only reinforce what any clear-eyed person who's been paying attention already knows.

He did the thing.

That is, extortion: President Trump held up nearly $400 million in aid to Ukraine – money to help that country fight Russian-backed separatists – to force Ukraine's government to announce investigations into Joe Biden and a conspiracy theory to undermine the intelligence community's conclusion that the Russians worked with Wikileaks to help Trump's 2016 campaign.

To be sure, quid pro quos are the mother's milk of foreign policy. When Biden, in 2016, at the behest of the Obama administration, the European Union and the International Monetary Fund, threatened to withhold $1 billion in loan guarantees from Ukraine unless it removed a state prosecutor viewed as corrupt or ineffective, that was a quid pro quo.

The more Trump thinks he can act without consequence, the less inhibited he'll be. tweet this

There's no evidence that Biden did anything illegal or that the Ukrainians conspired to frame Russia for election interference, as the conspiracy theory goes. If there were, that would be a matter for the Department of Justice, not Trump's personal attorney, Rudy Giuliani, and a cadre of hacks ham-fistedly coercing the reluctant Ukrainians to interfere in American elections.

Trump did the thing. And the thing came within days of working.

As the New York Times and others have reported, in early September, Ukrainian president Volodymyr Zelensky was ready to capitulate to Trump's demands. He scheduled an interview with CNN's Fareed Zakaria on Sept. 13, where he planned to announce Trump's desired investigations.

Zelensky was against a wall. The funding Congress had approved expired on Sept. 30. If Trump didn't release it by then, it would vanish. Trump's surrogates had made clear the president's terms. As E.U. ambassador Gordon Sondland admitted to Congress, he told Ukraine that the "resumption of the U.S. aid would likely not occur until Ukraine provided the public anticorruption statement that we had been discussing for many weeks."

William Taylor, the top diplomat in Ukraine, testified that Sondland told him that Trump "wanted President Zelensky in a public box by making a public statement about ordering such investigations."

On Sept. 9, however, the Intelligence Community's inspector general notified House Intelligence Committee chairman Adam Schiff about the whistleblower complaint. That day, three congressional committees opened an investigation into whether Giuliani was attempting to "pressure the government of Ukraine to assist the President's re-election campaign."

On Sept. 11, amid mounting pressure, the White House released the aid money. On Sept. 13, Schiff went public with news of the whistleblower complaint.

With money in hand and Trump's extortion plot out in the open, Zelensky bailed on the interview.

Trump did the thing. That's no longer the pertinent question.

In July, Special Counsel Robert Mueller gave a halting performance in a televised congressional hearing, and Democrats' impeachment momentum stalled, despite the multiple incidents of obstruction of justice Mueller documented in his report.

The less inhibited Trump becomes, the bigger the threat he poses to our institutions and democratic norms. tweet this

The very next day, an emboldened Trump was on the phone shaking down Zelensky, telling him that if he wanted the money, he'd better make with the investigations.

At the end of this sturm und drang – after the inevitable impeachment, after the trial in the Senate, after the avalanche of bullshit that will flood our news feeds – the only question that will matter is whether Republican senators have the courage to rebuke the president and his propagandists, whether they'll acknowledge the corruption staring them in the face, whether they'll place themselves on the right side of history or submit fully to the rising tide of authoritarianism consuming the Republican Party.

Having watched events unfold last week, and for the last three years, I fear I know the answer – even though they, too, know he did the thing.