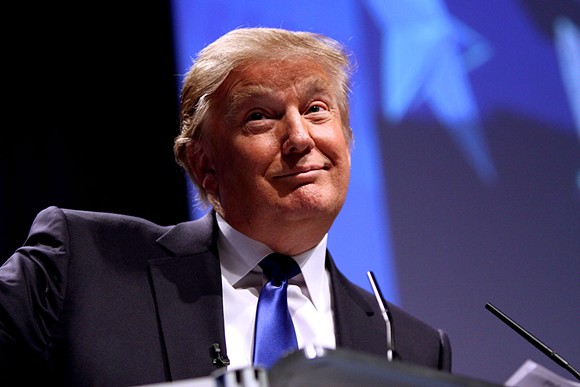 A decade after World War II, the journalist Milton Mayer – an American of Jewish and German lineage – set out to determine how an educated, Western people gave themselves over to fascism. The German people, Mayer reckoned, hadn’t woken up one day and decided to be evil, nor was there anything qualitatively different about their culture that made them more susceptible to a dictator’s seduction; given the right set of circumstances, it could happen anywhere.

Mayer spent a year exploring Germany’s Nazi era through interviews with 10 ordinary members of the party – some who were dedicated to the cause, others who were in it for a job or because of social pressure. He found that Hitler had given a dispirited nation a sense of empowerment and enemies to blame for its ills. The Nazis’ propaganda machine also habituated Germany’s citizens to a constant state of anxiety that required trust in the state, the party and their leader.

“Now I see a little better how Nazism overcame Germany – not by attack from without or by subversion from within, but with a whoop and holler,” Mayer wrote in They Thought They Were Free, first published in 1955. “It was what most Germans wanted – or, under pressure of combined illusion and reality, came to want. They wanted it; they got it; and they liked it.”

That passage has always stuck with me. Authoritarianism doesn’t succeed when it’s foisted on people. It succeeds when it convinces people that they need it – indeed, that they want it – and fosters a sense of aggrievement, a sense that Others are to blame for their problems.

I thought about Mayer’s book last Thursday morning when Donald Trump’s press secretary went on Fox News and suggested “people should pay” for impeaching the president, and again that afternoon when I watched an acquitted Trump air a long list of grievances in the East Room of the White House – calling Democrats and FBI officials “scum” and “very sick and evil people” – while a throng of his die-hard supporters (including our own Pam Bondi) whooped and hollered.

I thought about it once more on Friday, when Trump sacked Lt. Col. Alexander Vindman (and his twin brother) and Ambassador to the European Union Gordon Sondland, who had testified in the House impeachment inquiry about Trump’s quid pro quo with Ukraine. And I thought about it on Sunday, when Sen. Lindsey Graham said that Rudy Giuliani’s anti-Biden “research” had a direct pipeline to Attorney General William Barr.

I thought about it not because Trump is like Hitler or Republicans are like Nazis. Those are facile comparisons. The U.S. isn’t a fascist state, and the president hasn’t shown genocidal or dictatorial tendencies (though he has a peculiar affection for strongmen).

Neither have Trump’s previous abuses of power, for that matter: trying to spike an AT&T–Time-Warner merger because he hates CNN; launching an antitrust investigation into car companies that didn’t do as he demanded; ordering the Pentagon to lock Amazon out of a lucrative contract because of The Washington Post’s coverage, among them. It’s noise baked into our political system. When everything is an outrage, nothing is.

Acquitting the president despite overwhelming evidence that he tried to extort foreign interference in an election was a flashing neon sign that the guardrails are gone, and not only will Republicans not stop the president, but they’ll cheer him on. The base will tolerate nothing less than total fealty.

To borrow from Mayer, the president’s supporters, under pressure of combined illusion and reality, wanted it, got it and like it.

It’s not just Fox News and Breitbart feeding them propaganda. It’s also the Trump campaign itself creating a sort of alternate reality, one in which working-class, gun-owning conservative Christians are being overrun by liberals and socialists and undocumented immigrants, and Trump is their defender.

The March issue of The Atlantic has an eye-opening piece on the ramp-up of a billion-dollar disinformation machine, something Trump operatives aren’t even bothering to hide at this point. It’s an expansion of the same kind of dirty pool that aided Trump’s election four years ago, not to mention Brexit and the victory of Rodrigo Duterte in the Philippines.

In essence, it rips a page from the authoritarian playbook and adds a modern twist: It’s not necessary to shut down dissenting voices when you can use social media to drown them out – and, in the process, destroy the independent journalistic institutions that try to hold you accountable.

“It’s a lesson drawn from demagogues around the world,” McKay Coppins writes. “When the press as an institution is weakened, fact-based journalism becomes just one more drop in the daily deluge of content – no more or less credible than partisan propaganda. Relativism is the real goal of Trump’s assault on the press.”

Above all else, authoritarianism – and its handmaiden, right-wing populism – is rooted in a need for order and security, things we all crave on some level, and crave more when we perceive chaos. Demagogues exacerbate the perception of chaos and nurse our sense of aggrievement – and then tell their followers that only they can fix it.

Post-impeachment, Trump has taken a brazen step in this direction: settling scores, purging the disloyal, threatening rivals, labeling opponents as “evil,” and preparing to eviscerate the media and saturate voters’ feeds with bullshit. He’ll see a victory in November as the ultimate vindication – as the American people whooping and hollering just like Republican leaders were in the East Room last week, as a sign that he should do as he pleases, norms be damned.

Republicans won’t stop him. Neither will our institutions. Only voters can.

– This story appears in the Feb. 12, 2020, print issue of Orlando Weekly. Stay on top of Orlando news and views with our weekly Headlines newsletter.