Trump will never call white nationalism a threat – he needs it, so he feeds it

Blinded by the white 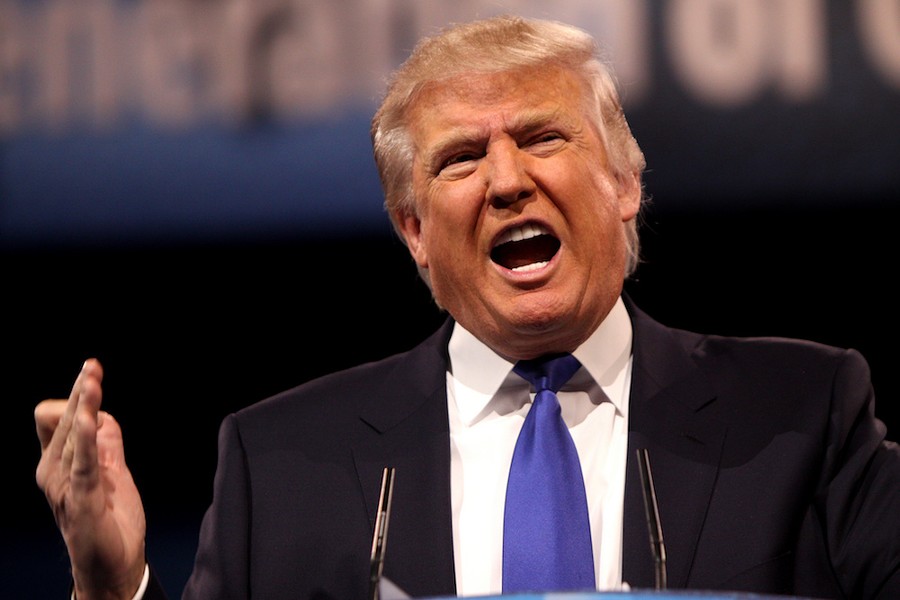 About 24 hours after a white supremacist massacred 50 people during Friday prayers at two mosques in Christchurch, New Zealand, that country's prime minister announced a ban on semi-automatic rifles – an example of how quickly common sense can prevail when a major political party isn't a wholly owned subsidiary of a sociopathic gun lobby. Compare that with the U.S., where we couldn't enact universal background checks after gunmen killed 20 children in Newtown, 49 people at an Orlando nightclub and 58 concertgoers in Las Vegas.

Pathetic, too, was Donald Trump's predictably narcissistic response to the massacre. At 7:41 a.m., Trump – or, more likely, a lackey – tweeted his "warmest sympathies and best wishes to the people of New Zealand." Twenty-two minutes later, this perfectly normal presidential statement gave way to a barrage of the president tweeting at the TV about "Jexodus," Robert Mueller, the FBI and how "THIS SHOULD NEVER HAPPEN TO A PRESIDENT AGAIN!"

But more troubling, to my mind, was Trump's reply to a reporter's question Friday afternoon about whether he sees "white nationalism as a rising threat."

"I don't really," Trump said. "I think it's a small group of people that have very, very serious problems. I guess if you look at what happened in New Zealand perhaps that's the case. I don't know enough about it yet. They're just learning about the person and the people involved. But it's certainly a terrible thing, a terrible thing."

To break this down into its component parts: 1) White nationalism isn't a big deal. 2) I need more information. 3) Mass murder is bad.

Let's start with No. 1: Trump is empirically wrong. Right-wing extremists – white supremacists, white nationalists, neo-Nazis, fascists, etc. – pose a far greater danger to Americans than Islamic terrorists. Between 2009 and 2018, 73 percent of killings associated with domestic extremists came from the far right, according to the Anti-Defamation League. Among them: a neo-Nazi who allegedly murdered 11 in a Pittsburgh synagogue last year, a white supremacist who shot to death nine worshippers in a black church in South Carolina in 2015 and a white supremacist who gunned down six people in a Sikh temple in Wisconsin in 2012.

The threat is becoming more acute in the Trump era: The number of reported hate-crime incidents has risen each year since 2015, when Trump announced his presidential campaign, including a 17 percent spike from 2016 to 2017. Black people are the most common targets; Jews and Muslims comprise 58 percent and 19 percent, respectively, of those attacked because of their religion. In 2017, there were 36 incidents of right-wing domestic violence in the U.S. – a roughly seven-fold increase over 2016 – compared with seven incidents of Islamic terrorism. In 2018, jihadists killed one American; right-wing terrorists, 15.

As for No. 2, it's not a bad idea for Trump to get more information before running his mouth, though it's not usually his style – especially when a Muslim is the presumed villain instead of the victim. Consider his response to the partial detonation of a homemade bomb on a London subway in 2017, which injured 22 but killed none. Before authorities had identified a suspect, Trump was rage-tweeting about "these sick and demented people who were in the sights of Scotland Yard" and using the tragedy to push his agenda. His travel ban, he wrote, "should be far larger, tougher and more specific – but stupidly, that would not be politically correct!"

At least he got No. 3 right. Even here, though, Trump is unwilling to acknowledge his role in enabling, even inciting, right-wing violence.

Those perpetuating the violence have no such compunction: The alleged New Zealand killer praised Trump as "a symbol of renewed white identity and common purpose." Last year's mail-bomber was a MAGA fanboy who plastered his van with pro-Trump stickers. In October, the attorney of a Kansas militiaman who plotted to bomb Somali refugees sought leniency because his client was inspired by Trump: "The court cannot ignore the circumstances of one of the most rhetorically mold-breaking, violent, awful, hateful, and contentious presidential elections in modern history, driven in large measure by the rhetorical china shop bull who is now our president."

Long before Trump, the Republican Party – which, while courting the Deep South, has at least flirted with white supremacists since Nixon – blithely dismissed the threats posed by right-wing extremists as unimportant or overhyped. In 2009, for example, conservatives castigated the Obama administration for pointing out a rise in right-wing extremism, and for noting that these outfits recruited veterans. After the backlash, the administration retracted the report and disbanded the unit that produced it, even though its premise proved correct.

Trump, however, has given white nationalists aid and comfort like no other modern president – and not just by bringing the likes of Steve Bannon, Stephen Miller and Jeff Sessions into his inner circle. In office, he also eliminated funding from an organization that fights white supremacist ideology and ended a program to combat radicalization. He said the white supremacists who marched in Charlottesville in 2017 included "very fine people." He has shined a spotlight on racist conspiracy theorists, denounced "globalists," painted dystopian pictures of inner-city crime and black-on-white violence, came pretty close to saying the 14 Words and, of course, viciously slandered immigrants and refugees.

And now – after Christchurch, after Charlottesville, after Pittsburgh – Trump refuses to call white nationalism a threat.

It's worth mentioning the context in which Trump answered that reporter's question Friday. He was in the Oval Office, vetoing Congress' resolution condemning his make-believe emergency declaration, which Trump invoked to build a border wall. The wall will get tied up in courts, but building it was never really the point. Like everything else, the point is to stoke white fear, outrage and resentment – of "caravans" of Central American "invaders," of Mexican "rapists," of The Other – that Trump can use to his political advantage.

And that's why Trump won't call white nationalism a threat. He needs it, so he feeds it.