Try before you buy

Central Florida ArtsFest offers a month of performances, exhibitions, concerts and workshops from metro Orlando’s best cultural organizations - and it's all free 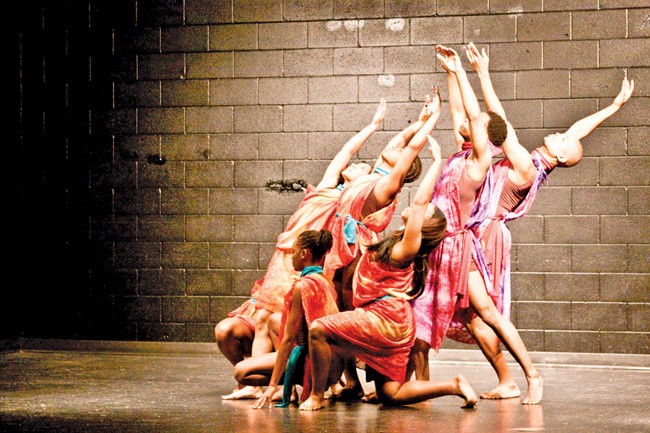 Maybe you’ve made a meal (or 20) from the free nibbles handed out in the frozen-food aisles of your favorite warehouse club. Ever wish you could similarly sample Central Florida’s crop of culture? You’re in luck! During February’s month-long ArtsFest, you’ll find United Arts of Central Florida, the grant-issuing umbrella organization, handing out tastes of theater, dance, music and visual art all over town – only without the tiny toothpicks.

Last year was a challenging one for United Arts, what with the departure of longtime CEO Margot Knight and the ongoing search for her successor, and 2012 hasn’t started any easier: Events manager Cory Warren (the point person on ArtsFests past) recently resigned, and just last week the organization announced that they had exhausted existing candidates for Knight’s job and were turning to a headhunter to expand the search.

But that hasn’t slowed down preparations for ArtsFest, the annual extravaganza of free entertainment that doubles as the kickoff for UA’s fundraising campaign. On the contrary, there’s been a major shakeup in how the popular event works, which the organization hopes will help open its artistic offerings to a wider audience.

In past years, admission to the festival’s ticketed shows was distributed in an online first-come/first-served rush. (All the shows are free, but some have limited admission and require a reservation ticket.) In the old system, diehards flooded the ArtsFest website the second the virtual switch was flipped, locking out latecomers; the inevitable result was website crashes, confusion and frustration.

In response, a new lottery system was instituted for 2012, based on a system developed by the L.A. Stage Alliance for their national Free Night of Theater. Any time between Jan. 10 and Jan. 25, local arts patrons could log onto ArtsFestFL.com and request tickets for up to five participating events. Results of the random drawing were released last Sunday, and entrants were notified whether they had secured passes or been placed on the wait list.

According to United Arts communications manager Emma Kruch, this new method cut down on “calls of complaint,” a change from past years. “The new system really alleviated a lot of past issues,” Kruch says, adding, “It’s also about finding the fairest way to do it.”

Ironically, the elimination of the reviled ticket rush may have inadvertently undermined people’s impetus to sign up. The lottery was extended from its original Jan. 21 deadline to allow more entries, and on the eve of enrollment ending only 2,105 people had entered requests for 6,092 available tickets. Of course, entries aren’t evenly distributed; more than 600 people applied for only 10 slots available in a pottery class, for instance. But many of the ticketed events may still have open seats, and those that don’t will offer a standby line for any tickets that aren’t claimed 30 minutes before the show. In other words, if you missed out on the lottery, it isn’t too late. Call the individual organization in question, and follow @artsfestUA on Twitter for late-breaking updates. Better yet, just attend any of the month’s many unticketed events. (All events are listed at ArtsFestFL.com.)

So grab a schedule and start circling. If you’re clever, you can cobble together an entire Valentine’s month full of artistic encounters without spending a cent.