Under Trump, meanness is becoming policy – and the health care bill is Exhibit A

The politics of cruelty 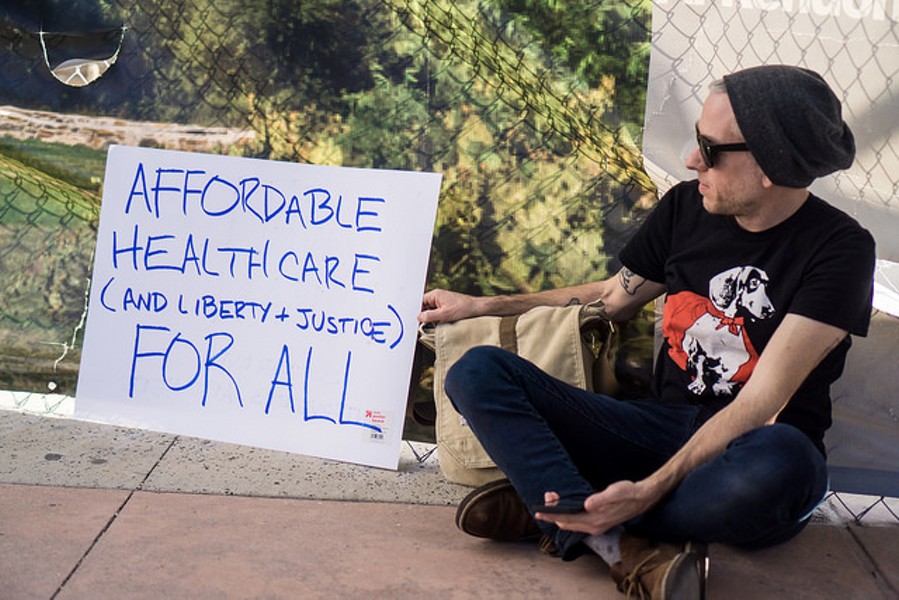 "What we're primarily focused on are two things – Medicaid and the individual marketplace," Marco Rubio said last week in a video on his Senate website. "That is a small percentage of the overall population, but it's a significant number of people, millions of people."

He was talking about the American Health Care Act, which passed earlier this month without being scored by the nonpartisan Congressional Budget Office. The day after Rubio released that video, the CBO reported that the AHCA would leave 23 million additional Americans without health insurance, including 14 million poor Americans who would be drummed off the Medicaid rolls.

So yes, in a sense, Rubio's correct: That's about 7 percent of the American population, a small percentage. Of course, in Rubio's home county, Miami-Dade, more than a million residents rely on Medicaid and another 360,000 have health insurance through the Obamacare exchanges.

Indeed, the House bill cuts $884 billion from Medicaid and slashes another $276 billion in subsidies for individual health care plans. The AHCA also reconfigures how those subsidies are allocated, basing them on age, not income, as the Affordable Care Act does. The net effect, according to a Kaiser Family Foundation calculator, is that a 40-year-old Orange County resident who makes $20,000 a year will have to pay $1,180 a year more out-of-pocket, while that same 40-year-old, should he make $75,000 a year, will receive a $3,000 subsidy from the AHCA, whereas before he got no subsidy from the ACA.

Long story short: The young and wealthy will be much better off. The older and sicker will pay out the nose.

Also important: House Republicans want to eliminate cost-sharing reductions – roughly $7 billion in annual reimbursements to insurance companies to subsidize deductibles and other expenses for lower-income people. If the CSRs go away, insurance companies will seek steep rate hikes or abandon the exchanges altogether, thus producing the "death spiral" Obamacare's critics have been gleefully predicting since its inception.

But even those draconian measures weren't sufficiently cruel to get the bill passed the first time, in March. The right-wing Freedom Caucus demanded that states be allowed to seek waivers to Obamacare's mandates on pre-existing conditions and essential health benefits – things like mental health care, emergency services and maternity care that make insurance worth having. To appease the so-called moderates, the bill that passed in early May established laughably underfunded high-risk pools, designed to segregate those with pre-existing conditions from the general population, thus lowering everyone else's rates.

The CBO's analysis predicted that about one-sixth of the population would live in states that opted out of both mandates, and over time in those states, "people who are less healthy (including those with pre-existing or newly acquired medical conditions) would ultimately be unable to purchase comprehensive nongroup health insurance at premiums comparable to those under current law, if they could purchase it at all. ... As a result, the nongroup markets in those states would become unstable for people with higher-than-average expected health care costs."

In other words, if you're sick, you're screwed.

And if you get your insurance through a large employer, you're not safe, either. As the CBO noted, employer-based plans can base their benefits packages on any state's regulations, so if one state does away with lifetime caps or annual coverage limits, the employer can do so for employees all over the country. If this thing becomes law, your insurance policy could be dictated by Mississippi.

All of this, remember, is being done not to improve the state of American health care – which it quite obviously will not do – but to finance a $765 billion tax cut whose benefits will almost entirely go to the wealthy and the very wealthy.

As Rubio pointed out in his video, the House bill isn't the Senate's; the Senate will do its own, probably less draconian thing, and the key question is whether Senate and House Republicans will come to some consensus. For the sake of those of us who have or may one day have a medical condition (read: everyone), or whose bank accounts may not always be flush, let's hope not.

In the same vein, President Trump's budget proposal, unveiled last week, won't become law either. Presidents' budgets are almost always ignored by Congress. But his budget is nonetheless a moral document, a clearer statement of values than any campaign speech. And it shows a man, and an administration, utterly devoid of empathy for the disadvantaged.

All of these programs are meant to help people down on their luck. But Trump doesn't stop there. He also proposes cutting the National Institutes of Health's budget by 18 percent, the National Science Foundation's budget by 11 percent and the Environmental Protection Agency's budget by more than 30 percent, crippling the EPA's ability to fight climate change.

Here again, all of this is done to facilitate a tax cut for the wealthy. How much is unclear, because the Trump administration has provided few details, other than to say that it wants to reduce the top income tax rate from 39.6 percent to 35 percent, eliminate the estate tax and dramatically lower the corporate tax rate.

The rich will make out like bandits. The poor will suffer. Even though this budget – or the House's version of the AHCA – won't become law, that's the new baseline: Under Trump, this is how politics works now.