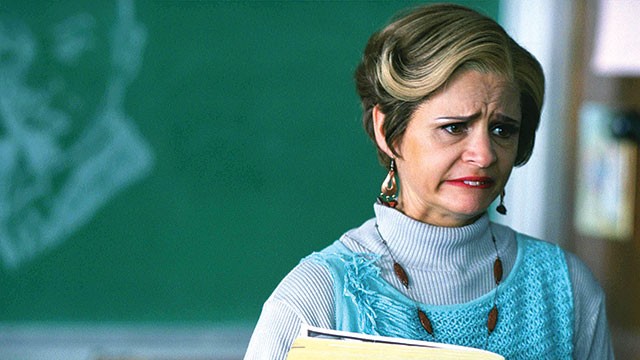 “However combinations or associations of the above description may now and then answer popular ends, they are likely, in the course of time and things, to become potent engines, by which cunning, ambitious and unprincipled men will be enabled to subvert the power of the people and to usurp for themselves the reins of government, destroying afterwards the very engines which have lifted them to unjust dominion … without looking forward to an extremity of this kind (which nevertheless ought not to be entirely out of sight), the common and continual mischiefs of the spirit of party are sufficient to make it the interest and duty of a wise people to discourage and restrain it.”

Approximate amount of taxpayer dollars that the state spent defending the Florida Legislature’s redrawing of the Congressional district boundaries that were, as of last week, ruled unconstitutional by a circuit court judge

Percentage of voters who cast ballots in favor of the Fair Districts amendment in 2010, which was intended to bring transparency to the partisan process of redistricting

To kill a mockery

Like a perpetual nag that gets its rocks off by bludgeoning anyone within reading distance with the sweet wonk of winking political theater, this column has been screaming into the darkness about the first-grade Republican art kit known as redistricting since, oh, 2010. That was, dear readers, the year of the Census. It was also the year of our Lord in which voters – with the help of savvy “we’re not going to take it anymore” groups like the League of Women Voters of Florida – voted for Fair Districts, which said legislators had to play fair with the decennial craft of political puzzle-making, aka redistricting. In other words, don’t draw the Congressional and legislative districts to favor your damn selves, Republicans.

We were there tailgating for the Orlando stop of the tour of the century (or decade) and found ourselves leaving before the “Freebird” encore, because not one person on that stage cared about what anyone in the room was saying. (“Bunny rabbit,” “dead dog,” “toilet” and “crab” were all used as terms to describe various districts’ shapes, hilariously.) Also, House Speaker (to our sloppy heart) Will Weatherford, R-Wesley Chapel, refused to remove his shirt, even though we were really hoping he might.

Flash forward a couple of years, and it turns out that your Republican legislature was having secret meetings with paid consultants to make certain that their Spirographs were all functioning in unison, drawing the very same demographic and political LSD loops that have kept this state gerrymandered to the point of absurdity for, like, ever. In 2012, voting rights groups led by the Florida League decided to file suit on the matter, because it didn’t take an expert to see the pathetic nudges of dogs cheating at poker. Especially when said dogs are leaving a trail of public records shit.

We need not reiterate all of the pratfalls that followed – Republicans crying “trade secrets” to avoid public embarrassment, attempts to exempt legislators from depositions, stooges from lower rungs of the party being hung out to dry while their bosses called them “stupid” for using the email machine – because we’re already blue in the face. Besides, it turns out that Circuit Court Judge Terry Lewis up in Tallahassee was watching the same pathetic soap opera that we were. Late on July 10, Lewis took pen to paper to tell the world how it really should feel, breezing by some history via George Washington in 1796 and landing on the finger-wag heard ’round the state.

“Republican political consultants or operatives did in fact conspire to manipulate and influence the redistricting process,” Lewis’ opinion reads. “They made a mockery of the Legislature’s proclaimed transparency and open process of redistricting by doing all of this in the shadow of that process, utilizing the access it gave them to the decision makers, but going to great lengths to conceal from the public their plan and their participation in it.”

“They accomplished this by writing scripts for and organizing groups of people to attend the public hearings to advocate for adoption of certain components or characteristics in the maps, and by submitting maps and partial maps through the public process, all with the intention of obtaining enacted maps for the State House and Senate and for Congress that would favor the Republican Party.”

Dead dogs and toilet crabs, oh my! Amazing. Beyond that stroke of acerbic brilliance, Lewis went on to outline where the troubles were most egregious: Democratic Congresswoman Corrine Brown’s District 5 snake that runs from Jacksonville to Orlando (but mostly through minority neighborhoods, natch) and Republican Congressional yawn Dan Webster’s hyper-conservative District 10, just to our redneck-ed left. But because only two districts were ruled unconstitutional, there exists a giant cloud of procedural uncertainty as to what will come of both the offending districts and every district they touch. It’s like legislative Jenga, only so much less fun.

Regardless, nobody knows what exactly is going to happen yet, except that Attorney General Pam “Blondie” Bondi will likely appeal the decision to the state Supreme Court, thus running her that much closer to the polemical tail she and the entire Scott cabinet have been chasing for nearly four years. Most “observers” don’t see this changing much for next month’s primaries – the ink is literally drying on the ballots as we type – but, should the right thing happen by 2016, maybe there can be some corrections to the vast misrepresentation that plagues the Sunshine State, even if only on the Congressional level. For now, we celebrate.

This is a “thrilling victory for voters” that “puts real teeth in the Fair Districting amendments passed so overwhelmingly by Florida voters,” League of Women Voters of Florida president Deirdre Macnab writes in an email. This is a “national precedent-setting example for other states grappling with the disease of gerrymandering.”

Somebody pass the Neosporin, please.