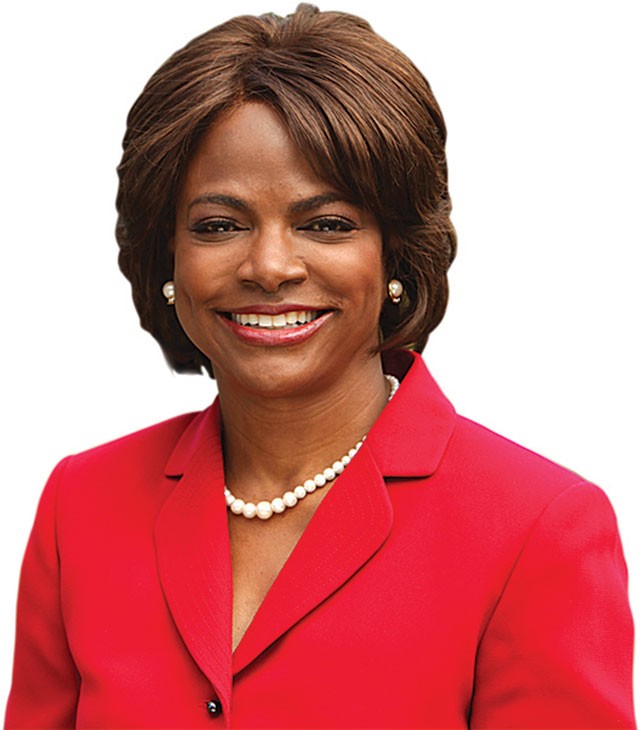 Amount former Orange County mayoral candidate Val Demings had raised since announcing in January; $68,000 of that was from state Democratic party donations and in-kind staffing support

It’s one thing when you avert your eyes from politics for a few days so that they might be better served by staring at the bottom of a vodka bottle (it happens sometimes, especially on birthdays) and somebody’s political poll comes out showing that minor blips are turning into tidal waves on the graph and, dammit, you’d better get your act together, candidate for municipal government, or there’s going to be editorial hell to pay. But it’s an entirely different, unexpected, bizarre thing when such temporary visual aversion and its eventual return to sober sightlines brings the news that a highly funded, well-known, even-had-a-chance candidate drops out completely from the race while you’re not looking, leaving not even a puff of smoke (or an apology letter to her donors, apparently).

Such was the case of former Orlando Police Chief, failed congressional candidate, and now magical disappearing act for Orange County Mayor Val Demings in the wake of our five-day birthday bender. In one fell swoop, Demings effectively killed Democratic chances of drafting someone to beat law-breaking Mayor Teresa Jacobs in her stead, because the petition deadline has already passed, and, let’s face it, there aren’t a lot of Democrats in Central Florida with padded pockets or the kind of name recognition it would take to overtake the pearl-clutching (alleged) moderate Jacobs. On May 20, Demings quietly curtsied and left the party, heading to Jacksonville to spend time with family, all with a big “no comment.” Though, as the Orlando Sentinel reported – and we independently confirmed – Demings did reach out to Organize Now director Stephanie Porta about half an hour before her final bow saying something to the effect of “it’s not the right time.” No, Val, it seriously isn’t the right time to drop out of a race and screw your party, even if we’re pretending that this is a nonpartisan county election. But we digress.

Demings’ reluctance to even dip her toes in the pool was obvious from the get-go. For the better part of last year, she flirted with the idea of maybe putting a leg in, but she was also considering higher ambitions, like another run for U.S. Congress – totally feasible, considering that she only lost to tea party Congressman Dan Webster, R-Winter Garden, by a hair in a conservative rural district.

Instead, Val announced her official candidacy back in January for the mayoral race to booming applause from the progressive community, even pulling us aside at the time to whisper in our ear, “About time, right?” Yes, Val, that was the time. That was the time to either go big or go home.

But as the months went on, insiders saw the cracks forming and a sort of absence of dynamism about the campaign and where it was headed. We met with staffers that didn’t show much knowledge about local issues, or, well, even how to run a campaign. We got softball fundraising emails that didn’t actually capitalize on issues, like rights for working mothers on Mothers’ Day. Then, just a week before her exit, campaign manager Mitchell Norton (who does know his shit) announced on Facebook that he was taking a job in Washington, D.C., and, alas, the writing was on the wall.

By the time it all went down, Jacobs alerted all media to say she was still going to fight, but, um, she just won, so here’s her victory lap. And the rest of us – some of us with hangovers – scratched our heads at exactly where the tipping point was. Chronic noisemaker Ezell Harris – who is engaged in a lawsuit with Demings over some nonsense – penned a letter to the governor’s office suggesting that Demings was being courted by upside-down tanning bed Charlie Crist for lieutenant governor (while simultaneously taking credit for her dropping out) because everyone cares what Ezell Harris thinks. Meanwhile, most Democrats could only use the word “surprised” a lot while wondering which direction to turn their sails so that maybe some wind could be regained.

“There’s still another month,” Orange County Democratic Executive Committee chairman Carlos Smith says, referring to the June 20 qualifying date for the Aug. 26 race. “This is just going to be process and people are going to have to be patient.”

We offered to throw our hat in the ring (again), and the chirps of a million tiny crickets came through the phone. Not cool! Regardless, Smith doesn’t see Demings’ campaign as a mistake. She had the name recognition, the fundraising, the numbers, “the path to victory.” In a statement on the day of her step-down, OCDEC released a statement calling Demings “a rock star in the eyes of the Democratic Party with a very promising future,” because Democrats can’t burn bridges. Talk of recruiting somebody else in a month’s time is premature, Smith says, though he admits that even if said Democrat lost, there would still be an opportunity to hold Jacobs accountable and make the public more aware. For now, though, he wants the party to “move forward,” especially focusing on the Latino population and Jacobs’ failing of them via redistricting (the Latino Justice case against the county was thrown out the same day Demings disappeared). That, Smith says, means focusing on District 4, where Euri Cerrud is challenging girl-talking textgate Commissioner Jennifer Thompson. It also means hammering home the point to the heavily Hispanic county population that it was Jacobs’ deciding vote to challenge Hispanic advocates in court rather than to settle the case with them that could result in no representation for that particular minority on the county board until 2016.

As for Demings, “Recruiting her was us doing our job,” Smith says. “It was the best thing we could have done.”