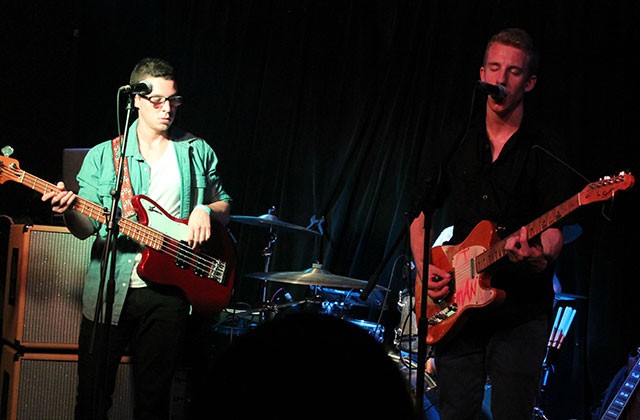 Thankfully, the smothering bureacracy and gross inequity of the controversial new downtown nightlife ordinance (“The hangover,” May 28) came out in City Council on Aug. 26.

Of particular interest to the city’s music culture is the ordinance’s threat to small live venues (under 1,100-person occupancy), the details of which only surfaced the week before. The Draconian, insanely prohibitive and just plain wrongheaded requirements would basically squash the last embers of small venues downtown – specifically, Backbooth and the Social. That’s serious because small venues are the essential roots of a viable local music scene. The ordinance’s motive is opaque, but its effect is absolutely anti-culture.

Perhaps this isn’t the rave ban of ’97 or something quite so sweepingly Footloose, but the overall ordinance is a nonsensical overreach with flawed logic that will likely have more unintended consequences than actual results. It’s legislation written from afar, by people who have little real connection to the foundational, authentic work done over the past 20 years. It’s pro-business perhaps, but it sure as shit ain’t local. Take all that talk that framed downtown nightlife in terms of tourist development for example – it flies in the face of the long, hard, dedicated work done by locals for locals.

Orlando’s legendary catering to tourists is renowned the galaxy over. But can’t we have something of our own? The citizens’ quality-of-life concern alone should be enough to be taken seriously by our leadership. But in cultural and urban planning terms, becoming a meaningfully great city – the Downtown Development Board’s ostensible goal – is to not simply be a place you’d want to visit but a place you’d want to live. That only happens when you invest in the local. It’s not hard when the groundwork’s already been laid, as in this case. You just have to not get in the way, which is something smart development legislation already knows. Unfortunately, the authors of this ordinance clearly aren’t the people who stitched the downtown nightlife fabric into the viable local thing it is today. So who are they to dictate its future so unilaterally?

Unfortunately for them, the scene’s real builders came and stole the show, calling this spade for what it was: a clueless and unfair insult to the organic progress of downtown. The articulate and mostly unified speeches from Orlando bar owners – downtown and otherwise – were cogent and rousing enough to send that mother back to the drawing board entirely, with Hizzoner himself calling the ordinance undercooked. Impressive. That’s the power of the people in action there.

But even though the Council bounced it back to the DDB demanding more inclusion in the process, don’t accept that as a given. Like I said when this story first bubbled up, get yourself into the discussion. Contact DDB executive director Thomas Chatmon (thomas.chatmon@downtownorlando.com) or assistant director David Barilla (david.barilla@downtownorlando.com). If that doesn’t work, Commissioner Sheehan offered the sway of her office to get answers (patty.sheehan@cityoforlando.net). The process is effectively starting over so make sure they do it right or else defeat it … again.

Speaking of the lifeblood that small venues provide, the tips I’d received about the Dog Apollo (Aug. 28, Will’s Pub) turned out to be justified, and then some. The Jacksonville band does a sunnier take on stately, Brit-influenced, early-millennial indie rock. Their well-crafted, heart-rich music is sonorous, ringing and romantic. And they have the ability to get nice and big with some screaming heights that’ll take you by sweet, breathless surprise. It’s high-quality indie rock that’s impressive, complete and ready for the next level. Listen for free (thedogapollo.bandcamp.com).

A couple solid Savannah bands brought some punk heat (Aug. 25, Uncle Lou’s). Wet Socks are a two-piece that plumbs the deep, throbbing wormhole of psychedelic garage punk. And their performance was wildfire. Sauna Heat was similarly thick and acid-washed, but with more snarl.

But local freak-punkers the Rot Guts, who opened, are starting to cut deeper. Their truly, refreshingly warped perspective is what makes their music vibrate with raw spark and spontaneity. And because singer-guitarist Danny McGuire is really letting his color fly now, that pulse is starting to hammer more loudly, making them one of city’s most singular bands right now. Shine on, you crazy diamonds.