Marco Rubio is not the next Barack Obama. He’s the next Paula Hawkins 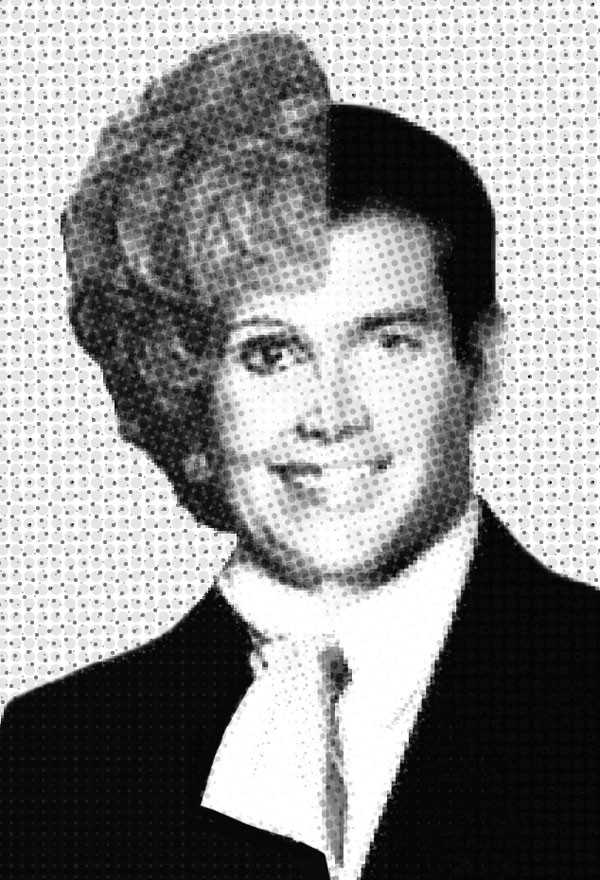 “In a few short days, I will have the extraordinary privilege and honor of joining the United States Senate,” a defiant and somewhat uneasy Marco Rubio proclaimed in his Nov. 2 acceptance speech, after stealing the seat in a three-way race during which emotions (and expectations) ran high.

“But I do so with my eyes wide open,” he continued. “I understand that Washington is a place where we’ve sent people before, and they don’t come back the way we  sent them.”

His remarks followed a campaign based on the fairy tale Rubio storyline: a hushed treatise on the American dream, as seen through the eyes of his Cuban-immigrant parents, with the promise of a greater future for the members of the next generation if they – and we – work harder and do the  right things.

Echoes of Ronald Reagan could be heard amid the happy noise of the crowd, which occasionally broke into a celebratory chant of “Marco!”; like Reagan, who also embraced bland populist rhetoric, Rubio was careful not to be pinned down during his campaign. He left his positions wide open to whatever interpretation the public might want to see in them. He was nearly impossible to reach for interviews, caught up in his own Florida Republican Party scandal involving misuse of party credit cards, an “outsider” backed by the monolithic Republican machine – a ball of ambition lost in a haze of smoke and mirrors. What Rubio was selling wasn’t the American dream – it was the American myth.

“The fact is, there are a lot of people who worked hard and played by the rules and lost their house, lost their job, lost their savings in this society right now,” says prominent Democratic strategist Jim Kitchens, who worked for Congressman Alan Grayson and the Florida Democratic Party. “On the Republican side, when you’re a party that represents basically the wealth, that [myth] is the thing they want to believe.”

So strong was Rubio’s anti-message throughout his campaign that in the weeks following his come-from-behind victory, pundits drew some unexpected Senate comparisons to President Barack Obama and Secretary of State Hillary Clinton, both former Senate Democrats with stars in their eyes, both presidential contenders in  the making.

A Nov. 14 Politico piece titled “Rubio aims to manage expectations” did little to stem the flood and suggested that the incoming junior senator’s inner circle of advisors would keep his victorious head from exploding by having him avoid most red-carpet  invitations. The party learned a particularly hard lesson in 2009, when it placed too much hope in Louisiana Gov. Bobby Jindal, a young GOP up-and-comer who embarrassed the party with a poorly thought-out (and even more poorly received) televised response to President Obama’s State of the Union speech. The Republican party wasn’t about to create another bright young fool. Or was it?

Rubio wasn’t the first Florida Republican surprise to be swept into the national spotlight on a glimmering wave of conservative anger. That honor went to high-haired demagogue Sen. Paula Hawkins, who in one term from 1980-1986, managed to become the laughingstock of the entire nation, especially the Florida press. She, like Rubio, was the new face of the Republican Party. She, like Rubio, was the new face of the American Dream. Rubio is a Latino who is not at all progressive on immigration issues; Hawkins, a woman who did not embrace progressive women’s issues. Both rose to prominence in a time of unspecified political hostility, milking reactionary sentiments for popular votes but somehow saying nothing. Though Rubio’s actions as a U.S. Senator remain an unknown quantity, the trajectory of Hawkins’ one term – an unlikely leader pushed to the freshman fringes on policy and into the revealing limelight of political theater – provides, at the very least, a warning shot into the not-so-distant horizon. In Florida, this has happened before.

Initially, Hawkins – a self-ordained “housewife from Maitland” who boasted only minimal political experience with the Florida Public Service Commission and two failed state campaigns – didn’t seem like much of a threat despite the fact that she knocked off five Republican challengers in the 1980 Republican primary. In his 2003 book Falling Up: How a Redneck Helped Invent Political Consulting, Raymond Strother, who was hired by Hawkins’ Democratic challenger Bill Gunter, recalls how unafraid the Gunter camp was of  its opponent.

“A day after winning the primary, the affable Gunter called me into his office and told me to take some time off,” Strother wrote. “‘We’re running against a crazy, Mormon, Republican woman, and none of those things have ever been elected in Florida.’ We just didn’t see the Reagan revolution coming out of the western mountains.” (It’s worth noting that Hawkins’ official pollster was Dick Morris, the same Dick Morris that cheered Rubio on from his “analyst” pundit position at FOX News.)

In 1980 the Republicans seized the Senate, and Hawkins became the second Republican to win a Florida Senate seat since Reconstruction. A Nov. 6, 1980, New York Times story immediately pointed out that the newly elected senator was “stunningly photogenic, and observers of capital mores are already tabbing her as a coming star on the Washington social scene.”

Rubio’s matinee-idol looks are already garnering the same reaction, at least from those who don’t have to work for (or against) them. Inexperienced outsiders who come into office with big populist support aren’t immediately guaranteed the same respect from their legislative colleagues. Sen. Bill Nelson, a Florida Democrat, is already locking horns with Rubio over the pending ban on congressional earmarks, and Rubio hasn’t even been sworn in yet.

It didn’t take long for Hawkins to start rubbing her peers the wrong way, either, most notably Florida’s U.S. Sen. Lawton Chiles. One year into Hawkins’ term, the Times reported that the Chiles’ camp was upset that she was taking credit for legislation – specifically an amendment limiting the Haitian population at a Dade County correctional facility – that the Democrat had drafted. Hawkins, of course, denied the claim.

“Her critics say that if Paula Hawkins has a credibility problem, it’s of her own making,” reported the Times. “They contend that she is quick to speak and, if her words prove to be ill-chosen or politically hazardous, she is quick to deny. She refuses to be pinned down by tape recordings, transcripts or any other record of her remarks, they add.”

One such political hazard came in February 1981. At what has since been deemed the “steak and jail” luncheon, Hawkins chose a chandeliered Senate dining  room during a dinner of sirloin, asparagus and strawberries to make an inauspicious attack on food-stamp fraud  and the “truly greedy.” (She later admitted that it was the “wrong setting for such  an announcement.”)

In 1984, Hawkins misled attendees at the National GOP Convention telling them that 23 percent of all murders in Dade County that year had come from machine gun fire; it was actually 1 percent. She sued local network affiliate WESH-2 News in 1986 for an injury she sustained when a part of the station’s set fell on her four years earlier – one day before the statute of limitations ran out – claiming her husband “lost the services of his wife and has in the past and will in the future suffer a loss of the consortium and society of his wife,” according to the Washington Post. During her term, Hawkins sat on a communications subcommittee that may have led to her then-aide, U.S. Rep. John Mica, R-Orlando, pocketing millions in the coming cell-phone bandwidth onslaught (see “Mica’s millions,” Nov. 12, 1998).

Hawkins, attempting a full-Nancy Reagan – her campaigns and her Senate term were strongly supported by Ronald Reagan – took several stabs at the war on drugs, leading Sen. Bob Dole to call her the “Senate’s General” on the matter. But beneath that title were inconsistencies: Hawkins claimed to have been instrumental in the defeat of an already dead international Quaalude market, she wanted warning labels on marijuana cigarettes, she advocated for urine tests for all  government employees.

She was also a power player in the controversial Parents Music Resource Center and its censorship attempts on rock music. She took flack for vocal attacks on Mexican immigrants. Perhaps most perplexing, Hawkins came to office with no support for the Equal Rights Amendment or for a woman’s right to choose on abortion issues, much to the chagrin of women’s rights groups that had been waiting for fair gender representation in Congress.

Though she supported tax breaks for working mothers and cost-of-living increases for those receiving Social Security benefits (as any poll-fearing Floridian candidate does), it was her taste for what pundit George Will once called “peripheral but splashy issues” that would remain her tarnished legacy. That legacy would lead to her defeat by former Democratic Florida  Gov. Bob Graham in 1986 after one humiliating term.

Hawkins died in December 2009, but the same issues she wore on her sleeve make up the fabric of what the Republican Party is today – issues that are likely to be pressed through Rubio’s vaunted position. Rubio’s own record as both a state representative and Florida’s temperamental Speaker of the House doesn’t stray far from the Reaganite fervor of 30 years ago: that government is bad unless it’s in the bedroom, that immigration is a problem unless you’re speaking in the past tense, that prosperity comes to those who deserve it. And now, as the U.S. Senate’s youngest, most attractive – and, crucially, Latino – member, we could be watching the ascension of yet another superlative set up to fail.

“There’s a lot of that often with freshmen that are elected with great fanfare. They think that they’re suddenly going to be national figures,” Kitchens says. “I think [Senate Republicans] will try to keep him as far away from anything serious as they can get him.”