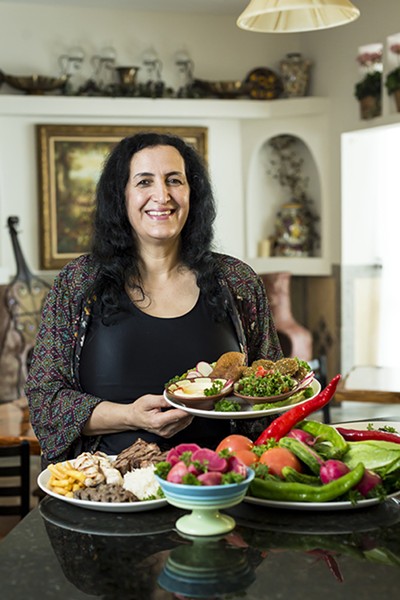 Having grown up in the small mountain village of Yaroun in southern Lebanon, Violette Haddad gained much of her culinary technique, style and prowess from her mother and grandmother, but it wasn't until she moved to Miami that her career as a chef took off. "I became known in my social circle for preparing extraordinary foods," states Haddad, "so at the urging of some friends, I started catering with foods learned from my mother and grandmother and they were an instant hit." Haddad credits a good part of her success to her "authentic" falafel and kibbeh.

"Each takes hours to make," she says, "and I'm so particular about the preparation that I do all the work myself." No doubt, if you've been to Maraya at Sabrina's Restaurant, you know the great care Haddad takes in preparing both – and you know that you'd be hard-pressed to find better ones in the city. "I'm sure you'll find my falafel and kibbeh exceedingly good," she says confidently, and we're sure you will too.