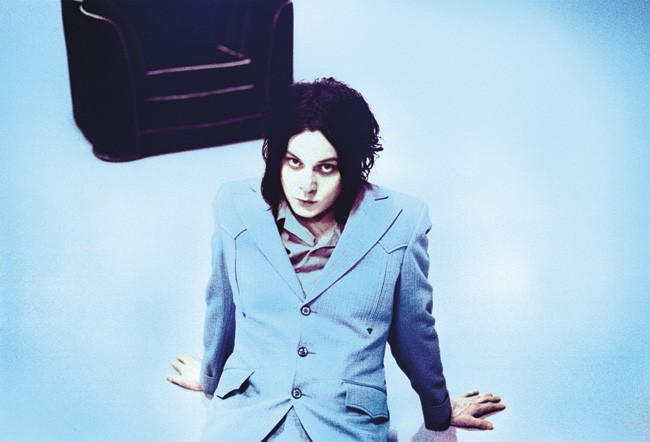 This isn't supposed to happen anymore. Sure, Jack White's got miles of original mystique and is creatively masterful at generating buzz, but behind it all is legitimate vision and talent. Unfortunately, no one this good gets this big anymore, not in an age where YouTube hits, no matter the motivation of the traffic (see: Rebecca Black), has become a metric for relevance. But some way, somehow, he is.

That's why the debut solo album by this generation's greatest rock star is probably the most anticipated record on the planet this year. And considering the intensity of spotlight he surely realizes is on him, it's to White's credit that Blunderbuss isn't over-thought or overwrought. It features expanded instrumentation - pedal steel, organs, tons of big-ribbed piano - but it ain't fussy. Whether bashing out his signature bombast or just simmering, sinewy essence is still the mode of attack here.

First peeped on SNL in March, the prime-time stomp of “Sixteen Saltines” channels the massive, primal swagger of the White Stripes and is the clear smash hit. Other kickers include the livewire jitters of “Freedom at 21” and the thick wag of “I'm Shakin',” a cover of Little Willie John's 1960 hit. Even slowed down and elemental, like on the possessed piano gospel of “Weep Themselves to Sleep,” the soulful porch groove of “Love Interruption” and the pedal steel-draped title track, White's as incisive as he is concise.

Stardom these days is a fleeting flare on the side of the information autobahn, bestowed according to the impact of every zeitgeist-capturing quality an act brings besides musical talent. In an era where fame is this cheap, the prominence and endurance of Jack White is hope personified, against extraordinary and rapidly diminishing odds, that the truly good will triumph. A nice thought, isn't it?