Death rise from the grave for a solid cause 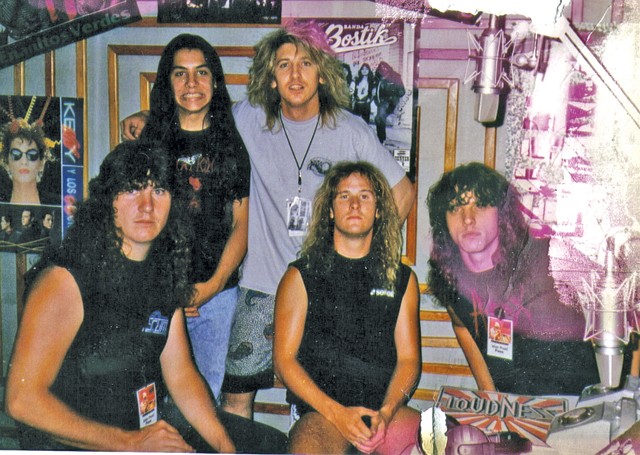 The name "Death" can refer to any number of things: a proto-punk group from Detroit, a DC Comics character, a Marvel Comics character, a Horseman of the Apocalypse, a reason to keep living. But true-blue metal fans hold greatest allegiance to one true form of Death. That's not the Judas Priest song, but rather the Orlando band that took shape in the early '80s. In a similar manner to how Venom's Black Metal grew into shorthand for a school of sound that's flourished in the decades since, Death's 1987 record Scream Bloody Gore drew the template for death metal. (Although Possessed disseminated the term "death metal" three years before Scream, there's little doubt that Death's momentum played a key part in boosting the relevance of the sub-genre's name.)

Scream sounds like '80s metal in the best way, brewing a combustible, unpolished sound with a rag-tag industrial-reactor ferocity. Death carried on past Scream and achieved success until the late '90s when founder and leader Chuck Schuldiner was struck with brain cancer. He died in 2001, closing the book on his project's future.

This summer marks the closest thing to a Death return thus far, but thankfully, it's not a Sublime-with-Rome-like cash grab. Death to All is a tribute group featuring seven members culled from various lineups over Death's career (the band's personnel included more than two dozen folks over the years) plus vocalists Steffen Kummerer (Obscura) and Charles Elliott (Abysmal Dawn). Seeing as Death is one of those groups whose sad, premature ending left their legacy especially beloved, Death to All are tiptoeing on tricky
territory here.

This explains why guitarist Paul Masvidal called the run "a benefit, not a reunion" in a recent issue of Guitar World, and true to his word, the tour is indeed happening for the sake of Sweet Relief Musicians Fund, an organization that provides financial support to musicians of various stripes who suffer from health problems but lack proper coverage.

Although the tribute group name is set in stone and merch is being pressed, Death for Life wouldn't have made a half-bad moniker, either.

Death to All with Atheist