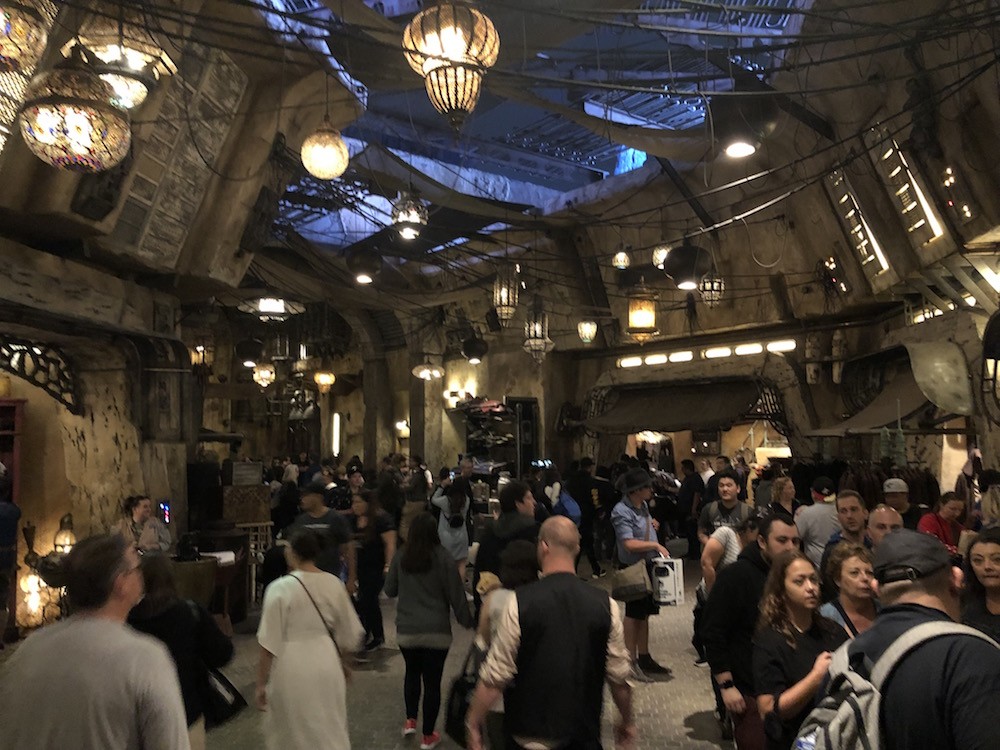 A long time ago – summer 2015, to be exact – in a convention center far, far away, Disney CEO Bob Iger announced ambitious plans to build 14-acre expansions inspired by the Star Wars saga at both stateside resorts. Ever since, wannabe Jedis and theme park industry watchers have been asking one question: Can the Mouse's empire strike back and beat Universal's bar-raising Harry Potter lands?

While most Floridians will have to wait until Star Wars: Galaxy's Edge debuts at Disney's Hollywood Studios on Aug. 29 to find out, I'm beaming you this transmission from Disneyland's near-identical installation in Anaheim, which celebrated its grand opening May 31 with celebrity appearances and shockingly small crowds.

By the time you read this, I'll have spent more than 16 hours inside Black Spire Outpost on the Outer Rim planet of Batuu – more than virtually any other Off-Worlder – and can confidently report that the answer to "Does Star Wars top the Wizarding Worlds?" is a definitive yes ... and no.

Galaxy's Edge follows the model for single-franchise theme park lands established by Islands of Adventure's Hogsmeade: It's completely visually isolated from the rest of Disneyland, features a pair of groundbreaking thrill rides (one of which won't open until later this year) and is fleshed out with intimate shops selling unique food and exclusive merchandise that feels organic to the environment. But where similar areas in other parks are frustratingly small, the Star Wars land is approximately the size of both Wizarding Worlds, plus Animal Kingdom's Avatar land, all put together. 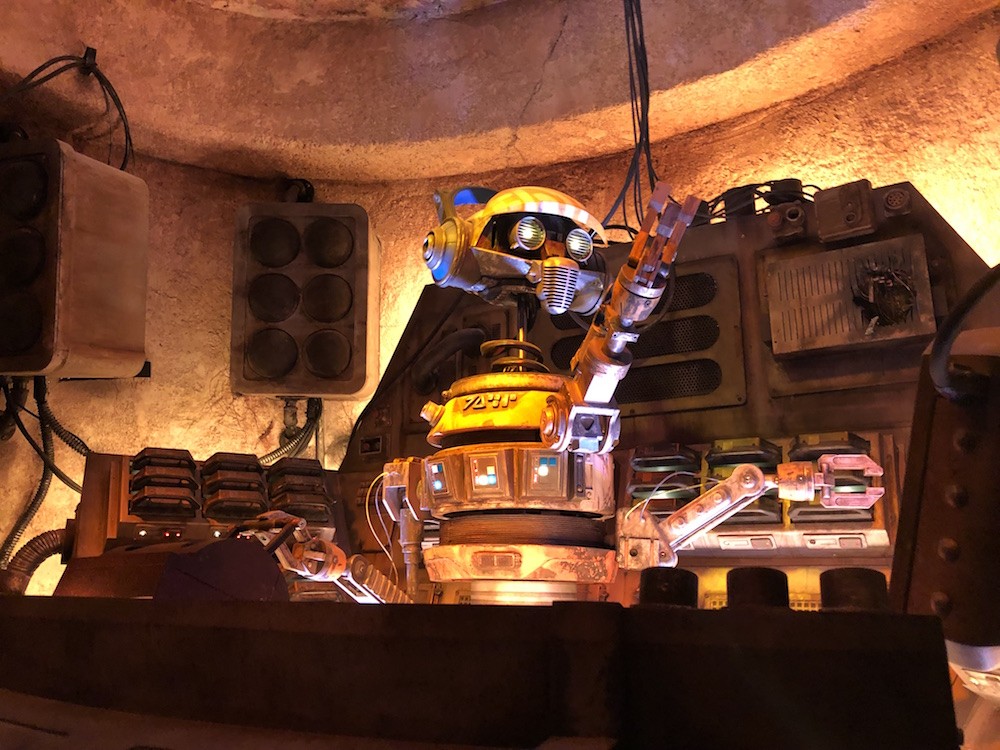 Pathways are wide enough to provide plenty of elbow room (especially during Disneyland's reservation-only preview period, which ends June 23), but you can get a little lost in the meandering marketplace, which blends the best elements of Diagon Alley with Epcot's Morocco. Best of all, every corner is crammed with fan-service Easter eggs which double as lovingly handcrafted in-universe artwork, and coated with authentic-looking space grime. Much of the exceptional scenic work here was executed by talented Orlandoans.

Batuu's anchor attraction (at least until the Rise of the Resistance dark ride is ready) is Millennium Falcon: Smugglers Run, an interactive motion simulator that puts guests inside the cockpit of the fastest hunk of junk in the galaxy. The elaborate queue – which winds around a full-sized replica of the iconic spacecraft – and animatronic preshow are as awe-inspiring as anything inside Potter's Hogwarts. But the showstopper is the pre-boarding area, where fans can finally sit behind the Dejarik Holochess table where Luke and Leia once lounged.

After that E-Ticket setup, the ride itself is actually a bit underwhelming. The visuals and motion are a modest upgrade over Star Tours, the train-heist storyline lacks surprises, and the interactivity is a mixed bag, varying greatly depending on which seat you're assigned.

Pilots get the best view and have a blast, especially when it's time to make the jump to hyperspace, but the steering controls are frustratingly oversensitive for first-timers; gunners and engineers spend the ride slapping flashing buttons off to their side, instead of focusing forward on the screen. The experience is akin to playing Xbox with five other people all trying to use the same joypad. It's great fun if you can communicate and coordinate, but most of my flights involved a lot of annoyed yelling, and unfortunately there's no autopilot option for riders who just want to sit back and be entertained.

Another area where Galaxy's Edge aims high but falls slightly short is beverages. The blue and green milks (actually vegan fruit-flavored slushies), which Disney pitches as Butterbeer-beaters, are cloyingly undrinkable, and most of the other non-alcoholic specialty drinks are tooth-shatteringly sweet. Alcoholic cocktails at Oga's Cantina, where DJ REX spins jizz-wailer hits by the Modal Nodes, are excellent if expensive (try the Jet Juice or Outer Rim), but good luck getting inside without waiting at least an hour; when you do, you'll be booted after two drinks or 45 minutes. On the plus side, all the food I tasted, from "Ronto Wrap" sausage sandwiches to braised pot roast, was far above typical theme park fare.

Because Batuu is set within the Star Wars timeline between 2017's The Last Jedi and the upcoming Rise of Skywalker, you won't bump into long-deceased characters like Darth Vader, but I did encounter patrols of First Order stormtroopers led by Kylo "Matt the Radar Tech" Ren, as well as Resistance fighters like Rey and Vi Moradi, a spy featured in some new tie-in novels.

I've always thought the Wizarding World could use a lot more wandering wizards, and the Galaxy's Edge cast really brings the land to life; they don't merely stand in a spot waiting for guests to snap selfies, but actively engage visitors in in-depth conversations, impromptu performances and interactive adventures.

Last but far from least, visitors can optionally install the free Play Disney app to turn their smartphone into a "data pad" and take the immersion to an unprecedented level by accepting secret missions to hack control panels or scan cargo containers secreted about the area. You align yourself with the heroes or villains as you level up your character, and the "Galactic credits" and tradeable virtual goods you acquire are persistent between visits, making the experience nirvana for role-playing nerds like myself who've dreamed of stepping into a real-life Knights of the Old Republic game.

Perhaps even more than piloting the Falcon, my most magical experiences in the land were securing medical supplies for Rose Tico, sabotaging Sith communication towers and playing "telephone" with Chewbacca and a dozen fellow fans. For those few hours, I truly felt like the Force was with me, and for those of us who grew up obsessed with Star Wars, that's an emotional experience well worth the considerable expense.