Is ‘Say It Ain’t So’ one of the heaviest songs ever written? 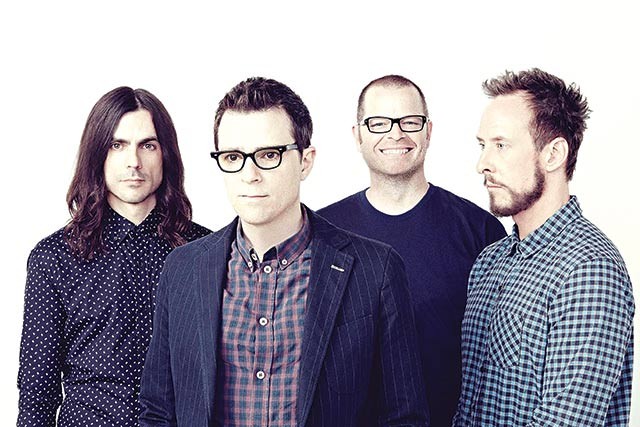 A child awakens from a bad dream, crying out to its mother, “I had another nightmare.” Responding is a calm voice that coddles the kid, immediately delivering the words that will become the title of Weezer’s ninth studio album, Everything Will Be Alright in the End. It’s a stirring start to an album many are calling a return to form for the massively popular band with a complicated cult following. Longtime fans guilty of overindulging in the emotional torture of self-reflection that’s so poetically expressed on the band’s first two albums immediately responded to songwriter Rivers Cuomo’s journey back across the sea of less-introspective lyrics driving hits on latter releases, like “The Girl Got Hot” and “Beverly Hills,” especially on new songs like “Foolish Father,” which is addressed to a woman but recalls the complex father-son relationship burned into memorized verses of “Say It Ain’t So.”

“There’s a certain side to Weezer, and Rivers’ songwriting, that’s a little bit sad and really heavy,” says Weezer bassist Scott Shriner. “It struck a chord with me. … I’d seen Weezer play a small club in L.A., and I thought they were really cool and quirky. … ‘The Sweater Song’ came on, and I thought that’s cool … and sounds really different from everything else on the radio. Then I think I heard ‘Buddy Holly,’ and I was like … ‘It’s a fun idea, great hook.’ But then when I heard ‘Say It Ain’t So,’ I was like, ‘Oh man. That’s a band I can really relate to.’ To me, that’s one of the heaviest songs ever written.”

Shriner joined the band just before they recorded 2002’s Maladroit, beating out more than 20 bassists for a coveted spot in Weezer’s lineup after The Green Album bassist Mikey Welsh checked out due to psychiatric issues and original bassist Matt Sharp’s controversial exit after a long band hiatus following Pinkerton.

Cuomo was drawn to Shriner’s style – influenced by varied tastes spanning Paul McCartney, Sting and a heavy dose of Black Sabbath – which fit the band’s sound best then and has endured as an increasingly important component on subsequent releases.

“At that time, especially, I was always looking for the darkest, heaviest note that I could possibly play at any given time,” Shriner says. “I was playing with my fingers and had come from a dirty kind of rock band, so it may have had a little bit of influence on [Maladroit].”

Despite a forced comparison that generates heated online discussion, Shriner praises Sharp on the phone, saying he really respects Sharp’s work with Weezer and loves performing the iconic original hits. He wishes he could perform all the songs from Everything Will Be Alright on this tour, though, because he’s extremely proud of and even mystified by the new record.

“I think the new album is everybody coming together like never before since I’ve been in the band,” Shriner says. “There were a few moments where everybody in the room was like, ‘Man, that’s really magical.’ I can’t remember us all having that experience at the same time.”