'What the Fuck Should I Drink?' 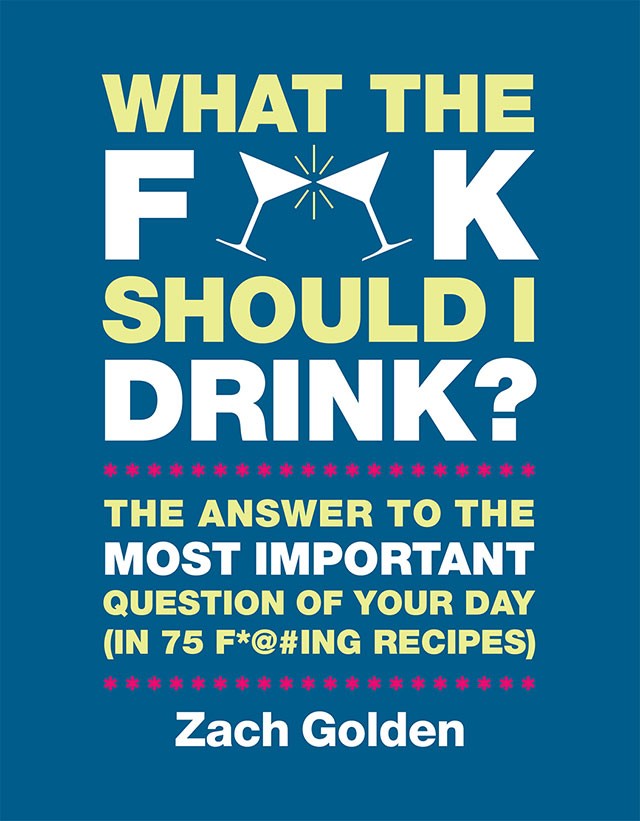 What the Fuck Should I Drink?

If a root-beer float (see Remix) doesn’t float your boat, maybe you’ll find something you like in Zach Golden’s little blue book of blue-streak drink recipes. Golden, proprietor of the popular random recipe generator What the Fuck Should I Make for Dinner? (whatthefuckshouldimakefordinner.com), has expanded his empire into the cocktail world, and also, weirdly, into the print world.

What’s amusing about Golden’s “WTF” world is A) the hypnotic fun of clicking refresh, refresh, refresh until you find a recipe that you actually want to “feed your fucking mouthface,” and obviously that’s missing here; but also, B) his inventive, fearless and often startling usage of profanity. This palls with time (and some people don’t find it funny in the first place, either because they’re easily offended or because they’re in some post-bro world, having already read all of Reddit, and thus are bored by it), so I might advise thinking twice about investing your fucking money in this book. Except that the fucking recipes are pretty fucking good.

Here’s Golden’s recipe for the classic Aviation cocktail; it was one of the few that wasn’t so scatological that we couldn’t print it.

Drinking on the plane, or while flying it, is fun as shit, so it makes sense that there’s a cocktail named after it. Add the gin, Luxardo Maraschino, lemon juice and crème de violette to a shaker with a bunch of fucking ice. Shake violently while humming “Ziggy Stardust,” strain into a cocktail glass, and please return your seat backs to their upright positions. (recipe by Zach Golden, reprinted with permission of Running Press)