When a tree falls 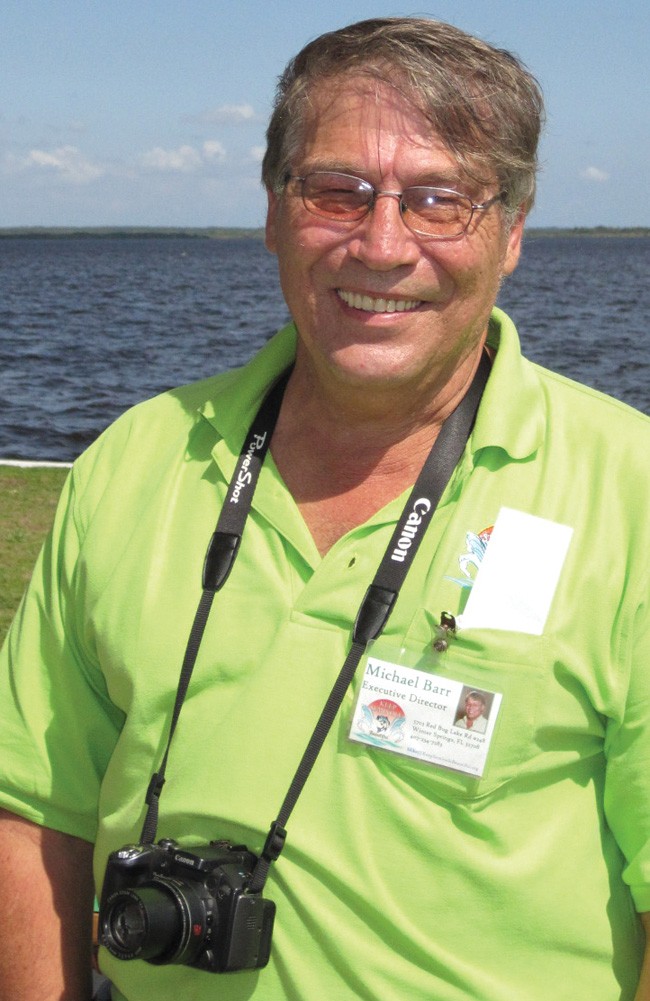 To say that Mike Barr was an environmentalist would be an understatement.

Barr, an enthusiastic advocate for protecting the natural places that make Florida so unique, spent much of his adult life devoted to preserving Florida’s water, wildlife and natural lands. While most environmental activists can boast the same, Barr’s brand of advocacy united community leaders across party lines for the sake of ecology with an effusive passion that ignited so many that he met.

Barr, 64, passed away last week at his home after suffering from a minor stroke in January.

Barr moved to Central Florida from the Florida Keys in the late 1990s, and in 2002 he joined the Seminole County Soil and Water Conservation Board, an independent state agency responsible for carrying out environmental stewardship programs. Before Barr joined, the board was considered by some a team of thumb-twiddlers, but under his leadership, it became a force for conservation. But change did not come without the usual political frustration, and Barr resigned in 2007.

Like many frustrated activists, Barr could have stepped away from environmental activism, but instead he focused his energy on forming Keep Seminole Beautiful, a nonprofit organization committed to enhancing Seminole County’s natural environment. Barr – a longtime Libertarian – used his neighborly disposition to recruit business owners, environmentalists and elected officials from all parties to the cause. At first glance, the motley crew of local leaders on the organization’s board looks like the opposing sides of an election ballot, but thanks to Barr, they are instead a group of individuals united in a common goal.

“Mike was the anomaly in the world of environmental activism,” says longtime colleague Michelle Thatcher, who directs the U.S. Green Chamber of Commerce. “He was that rare bird that could bring all parties to the table. He connected the left with the right and wedged the importance of the natural world in the middle.”

Keep Seminole Beautiful created opportunities for the community to directly improve local habitats – river and road cleanups were offered most weekends – as well as chances to learn about the importance of these habitats through community events and lectures. Many Saturdays, Barr could just as easily be found donning a suit and speaking to a group of business leaders about wildlife habitat preservation or stuffing trash into a Hefty sack on the side of the Wekiva River.

“In the 10 years I’ve been working with Mike, he’s been an inspiration, a very hard worker and a close personal friend,” says Beth Hollenbeck, executive director of Eco-Action, another local environmental nonprofit that often worked with Keep Seminole Beautiful on river cleanups and Earth Day celebrations. “We were extremely proud to work with him. His loss to our community is tremendous.”

“Areas where he concentrated his efforts show beautiful glistening trees with leaves shining in the sun,” Hollenbeck says, “where before they were covered with potato vines and dying.”

Despite facing the usual frustrations of environmental activism – like a community more focused on construction than conservation, and a growing urban population with a thirst for development – Barr remained positive and hopeful, even after his stroke earlier this year.

“After the stroke, he kept working, getting rides,” Hollenbeck says. “It didn’t slow him down at all.”

“If he found a cause that was righteous and needed help, he would do it, would do everything he could to make it happen,” says Bill Belleville, local environmental author. “That is so rare these days, to find someone who will back up their talk with action. I mean, the world needs more people like that. He had such a strong presence, it is very difficult to believe he is gone.”