Where to find the best micheladas, beer cocktails and more in Orlando

When just a beer isn’t enough, satisfy a taste for the unusual with these specialty variations 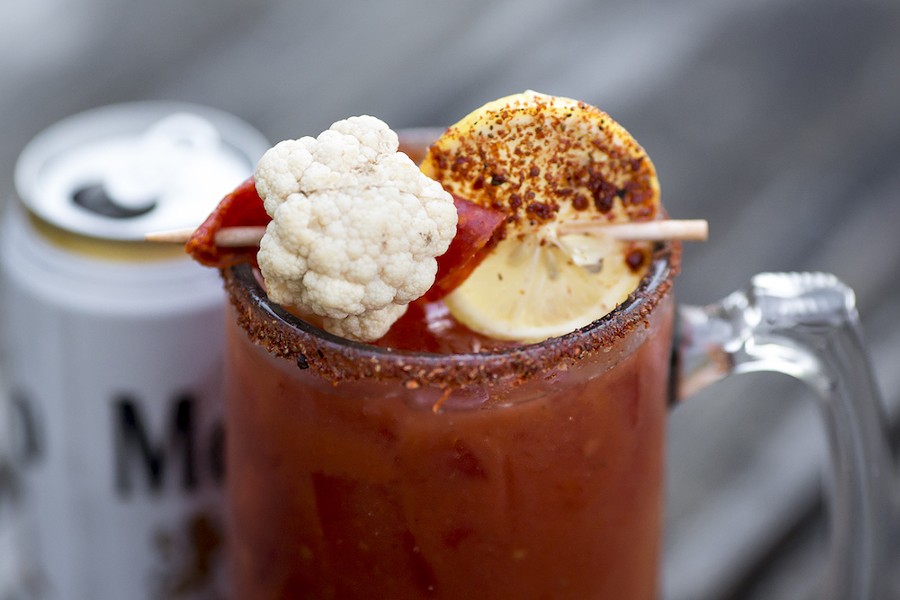 Forget that Corona and Clamato – that ain't a michelada (pronounced mee-chay-lah-dah, BTW). In fact, the most authentic michelada doesn't contain tomato juice at all, so you can forget that "Mexican Bloody Mary" thing other than to explain it to someone quickly before guzzling yours (although, like a Bloody Mary, every bar serves its own unique take). The drink is actually a variation on the chelada: lager beer served on ice with a bunch of limes squeezed in. The michelada, however, is a bit more complex, but similarly refreshing. For a classic michelada (which means "my chelada"), combine lime juice, Worchestershire, soy sauce (or Maggi seasoning sauce, if you really want to get technical about it), and a couple of dashes of a viscous hot sauce like Valentina or Cholula. A real michelada should be served in a chilled beer mug rimmed with Tajin chili-lime seasoning with a couple of big ice cubes. Add all the ingredients, then pour in the beer. It doesn't have to be lager, either. Negro Modelo is tops for this tipple.

Dry ciders are generating quite a buzz (literally and figuratively) since some of the best local brewers have taken on the challenge – like Quantum Leap's Pedaler's Hopped Cider, which is making a splash in beer circles. Think cider's too sweet for your taste? That's because those sweeter ciders – think fruit-flavored Strongbow or Woodchuck – have sugar added after the fermentation process. True dry ciders simply allow the yeast to eat up all the sugar in the apple juice, so what brewers are left with is crisp and dry as a bone, like a perfect champagne. If you've got a little Robert Frost in your step this fall and his poem "After Apple Picking" is on the brain, you might feel like reaching for a chilled cider on tap. Several bars in town are doing them right. The traditional Irish way to drink a dry cider is over ice, but we won't hold you to that.

They say not to mix beer and liquor, but we say "they" have no idea what they're talking about. Clearly, whoever came up with that adage has never had a beer cocktail, which combines a brewski with complementary liquors, tinctures, infusions and mixers. Co-owner William Blake is the brains behind the bar at the Rusty Spoon, where they serve the Str8 Outta Alameda beer cocktail: gin, cherry liqueur, tonic, lemon and a hoppy IPA. Brick House Tavern on International Drive serves a couple of "beers with a kick," like the Angry Snakebite, which combines the Angry Orchard cider with Guinness, and the "classic" Guinness, Jameson and Baileys Irish Car Bomb. Avenue Gastrobar is slinging a cider cocktail called "The Summerlin," combining Rekorderlig passion fruit cider, Bacardi mango rum, cranberry juice and lime with Sprite. Sweet! Avenue Gastrobar
13 S. Orange Ave.
407-839-5039
avenuegastrobar.com