Where to Invade Next is provocative, powerful 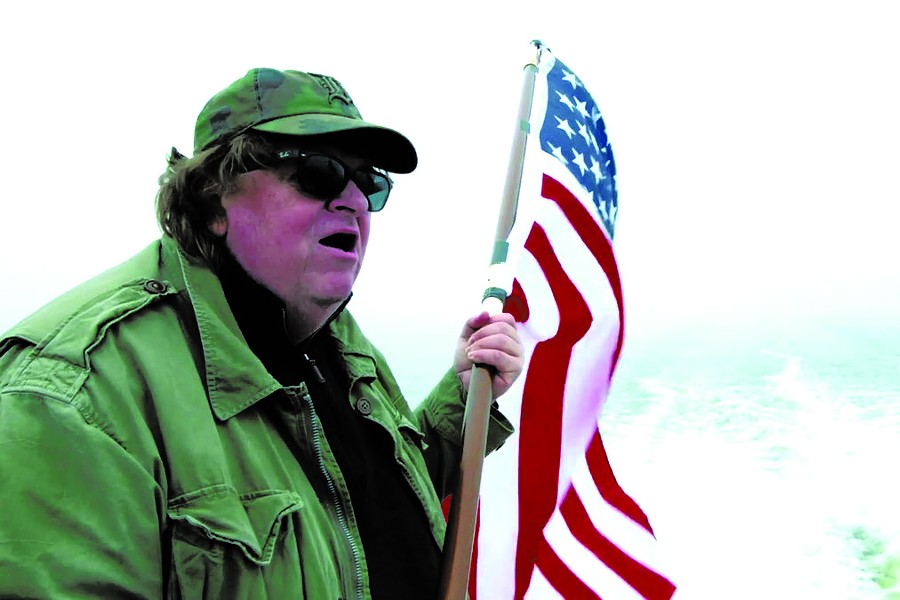 What words come to mind when you think of a travelogue? Insightful, infuriating, hilarious, terrifying, provocative, offensive, inspirational? If those weren't the terms you were contemplating, you've never seen a Michael Moore travelogue.

Where to Invade Next, Moore's first film since Capitalism: A Love Story, in 2009, features the writer-director traveling Europe (with one stop in Africa) to show Americans all the things other countries are doing better. "We have problems no army can solve," Moore says, before embarking on his foreign "invasion," during which he plants the American flag and "steals" the best ideas he can find.

In Italy, those ideas are paid vacations for every working citizen, two-hour lunches and strong unions. In France, they are delicious (and healthy) school meals and sensible sex education that results in fewer teen pregnancies. In Finland, they are the world's best education system and a counter-intuitive approach of shorter school days and practically no homework. Next up are Slovenia, Germany, Portugal, Norway, Tunisia and Iceland, until Moore has stolen enough ideas to return with his booty, without a single drop of blood shed. (Won't the U.S. military be jealous?)

In his previous best documentaries – Bowling for Columbine, Roger and Me and Fahrenheit 9/11 – Moore focused on a single topic and accompanied his impassioned commentary with (mostly) responsible journalism. Where to Invade Next is more of a catch-all analysis of American social and economic problems, seen through the eyes of foreigners. The idea of letting non-Americans show us what they do better than the United States will surely enrage many American conservatives and strong proponents of American exceptionalism. In addition, Moore's meandering structure, occasionally shabby journalism and factual cherry-picking will make even some liberals cringe. For instance, he implies that the United States' middle class is completely dead and that our educational system ranks 29th in the world. The first claim is obviously hyperbole, but the educational rank is slightly misleading. (We're closer to 20th if you average various studies, and that does not factor in our higher education, which is at or close to the top of rankings.)

Despite questionable facts and occasionally outrageous logic, particularly on the issue of race, Moore is still able to shock, entertain, sadden and inspire us while also making a stunning – and surprisingly positive – plea for change. By showing us how others see the United States, he allows us to understand our own faults. And by reminding us of the enormous improvements that other countries have seen, he makes us realize that radical change – free college, guaranteed maternity leave, gender equality and prison reform – isn't impossible. And, ironically, Moore proves that one doesn't need to travel the world in search of solutions after all. The change we need is inside us, buried within our own Constitution and our American values.

And what if a seemingly immovable object blocks your way, like the Berlin Wall did for Germans? Moore: "You just take a hammer and knock it down."