'Who Framed Roger Rabbit' is back 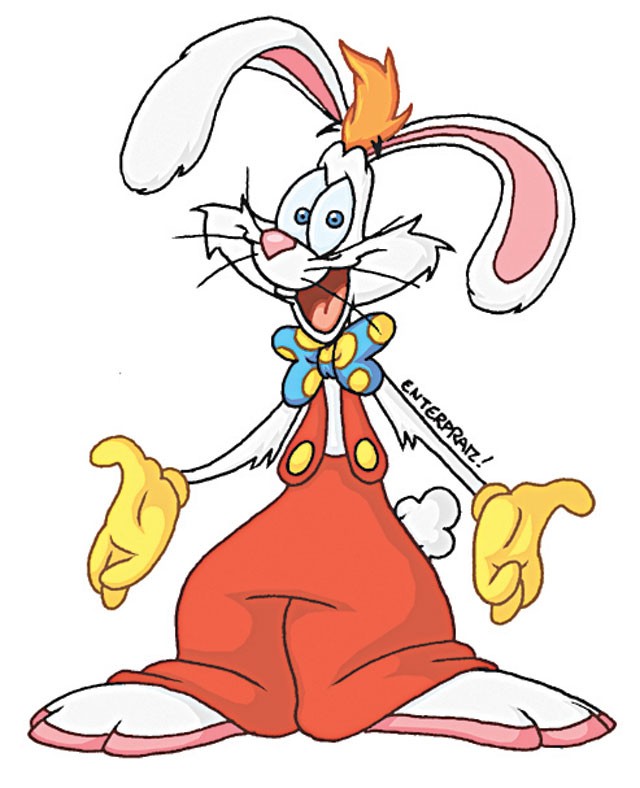 Where were you in the summer of '88? If you were watching Who Framed Roger Rabbit, you weren't alone, as the blend of animation and live action played to packed houses and earned a permanent place in our hearts.

Twenty-five years later, on the eve of its Blu-ray release, it's still a masterpiece, an homage to the golden age of animation and classically crafted special effects. I recently had the honor of discussing the film's legacy with Charles Fleischer, the voice of Roger Rabbit.

"It was groundbreaking because of its combination of animation and live action," Fleischer says. "It was directed by Bob Zemeckis, who is a genius and an amazing storyteller. … And it introduced a new cartoon character, but did it in the '40s, so it seemed like it was real. It seemed like [Roger] had always been there. And like The Wizard of Oz or other classic films, it just had passion and heart and something that's perhaps even undefinable, like the Beatles."

So how did Fleischer develop his famous rabbit voice?

"My first pass at it, before I saw what the character looked like, was sort of a cross between John Huston and Ruth Gordon," says Fleischer, who also voiced Benny the Cab and two of the weasels. "And then as I read the script and saw what [Roger] looked like, it evolved into what it was. And they told me they needed a speech impediment, and then the cheek flutter came in – pluh-pluh-pluh [in Roger's voice]. And like the development of anything, it's part magic, part science, part work, part play."

Joining Fleischer on the film was "the man of a thousand voices," Mel Blanc, who performed Bugs Bunny, Daffy Duck, Sylvester, Porky Pig and Tweety Bird for the final time on film. "We never had any scenes together, but certainly to be in a film with Mel [was an honor]," Fleischer says. "He certainly was a master."

What about the decades-long rumors of a sequel? "Oh, I think it would definitely be a good thing," Fleischer says. "And, you know, it could conceivably happen. It's a matter of getting all the elements in the proper configuration [including Zemeckis]. He just has the vision. He has the passion. He has the ability to utilize technology to tell a story as opposed to just be a whistle and a bell. And I think his involvement would certainly assure that it would be on the same level [as the original], if not higher."

Fleischer praises not just Zemeckis but the film's animation director Richard Williams, to whom he presented a special Oscar, one of four that the film received. "He was an extraordinary artist," Fleischer says. "He was an actor with a pencil. I mean, you could see which scenes that he was specifically in charge of. There was a certain fluidity and a certain grace to the movements of Roger that [are] unique to his skill and style."

The Blu-ray/DVD combo pack, out this week, contains the digitally remastered movie and many special features, including the three short films, a making-of documentary hosted by Fleischer, deleted scenes and commentaries. Although most of these features are also available on the deluxe DVD released a few years ago, it will be tough for fans to pass up the chance to see these goodies on Blu-ray.

The lasting irony of the film is that it presents a happier version of Hollywood than the one reality has left us with. Although it's painful to admit, the golden age of animation really did fade, the Red Car was dismantled, the freeways were built, and Los Angeles changed. Yet Roger Rabbit preserves a different ending, one in which animation lives on and Hollywood retains its innocence.

"That's a very beautiful reflection, and I think it speaks to a certain romantic concept that lives within everybody," Fleischer says. "But even though [animation's golden age] did end, right now we're reliving it essentially with the 25th anniversary and the Blu-ray release. So, classic things will go forever, kind of like starlight. You know, even after the stars are no longer there, the light continues to move."