Who stole the soul?

A few years ago, a guy who was writing a book called me up and asked a loaded question. "What killed R&B?" he asked, as if it was foregone that the genre was dead.

Without hesitation, I immediately answered, "Prince."

This answer was surprising, even to me. After all, not only do I actually like Prince's music, but I'm a huge fan of R&B and to admit that the genre was hopelessly rutted was a sad admission. But Prince, thanks to his pioneering, alone-in-the-studio work with both synthesizers and the Linn drum machine, redefined the creation of R&B music. Sure, the influence of hip-hop sampling has had a deleterious effect, but it's the tightly compressed and machine-dependent approach (innovated and quickly abandoned by Prince) that has sucked the soul out of modern urban music by making it a genre beholden to ProTools, Auto-Tune, sequencers and other digital craftiness. With all those machines working, it's difficult to find room to put some actual emotion into the music, and a recent clutch of reissues and new releases amply demonstrate how far the genre has fallen.

In the beginning of the end, there was Sly & the Family Stone, the free-funking conglomerate that turned R&B into a new movement of radical soul. All the elements of the past were in place -- thick harmonies, relentless bass lines, gospel shouting, rock-solid drumming -- but restructured in a way that incorporated elements of rock & roll and trippy pop culture. "The Essential Sly & The Family Stone" (Epic/Legacy) includes the group's biggest hits and much of the entirety of landmark albums like "There's A Riot Goin' On" and "Stand!." What this set doesn't have is any sort of context. Spinning out 35 Sly hits in chronological order makes for a good listen, but it doesn't give enough attention to tracks from other innovative works, such as the excellent "High On You" album. (The horribly superficial liner notes by Entertainment Weekly scribe Tom Sinclair don't help much either.) Thanks to Sly's consistent groundbreaking, the door was wide open for all types of funk. 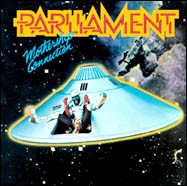 George Clinton and his P-Funk entourages rode the wave from post-Sly acid-funk right through disco and the reissues of Parliament's "Up for the Down Stroke, Mothership Connection" and "Chocolate City" (Mercury/Chronicles) track the changes from the group's psychedelic doo-wop beginnings on through to the disco-funk that made Clinton a star. Similarly, up in Philadelphia, the Gamble & Huff production team (and their Philadelphia International label) defined the "Philly Soul" sound with a lush iconoclasm that was as sultry and accessible as it was black-powerful. Centered around the nine-minute title track, featuring the creaking sounds of a slave ship, no less, "Ship Ahoy" by The O'Jays made it easy to forget that the group had almost defined disco a year earlier with "Love Train" and "Backstabbers." Despite the fact that Philly International and the Clinton empire both cracked

under the weight of disco trends, at the time, it was quite possible to believe that "black music" had permanently embraced stronger artistic statements and daring, creative music that encouraged listeners to think while dancing. 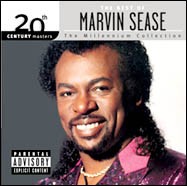 In the aftermath of disco, R&B charts were dominated by funk acts like The Gap Band, Fatback and Rufus, and slow-jam crooners like Teddy Pendergrass, while circuit-styled soul singers like Marvin Sease took up the old trick of getting nasty to get attention; witness "Candy Licker" or "I Ate You for My Breakfast" from the 12-track "20th Century Masters: Millennium Collection" -- The Best of Marvin Sease. The sound emerging from disco's anonymity was one that was personality-based, funky and, most importantly, played by real musicians.

With the arrival of Prince's drum machine, that all changed. Though his own recordings were a sharp divergence from popular black music, the albums that he wrote, produced and performed for The Time were very much in line with what was hot at the time. Taking the future-funk of Zapp a step further, The Time managed to make some of the most engagingly funky -- and coldly machinated -- music of the decade. And the imitators that sprang up in the wake, hoping to cash in on the Minneapolis sound, were legion.

The first imitators came from The Time itself. Booted from The Time by Prince, Jimmy Jam and Terry Lewis cranked up their Flyte Tyme studio and began producing R&B albums by local artists, including Alexander O'Neal. Though relegated to somewhat of a footnote now, O'Neal's Vandross-ian take on the Minneapolis sound made him a superstar in urban clubs in the '80s and 1987's "Hearsay" (Tabu/ The Right Stuff) was a genre smash. Yet O'Neal was also the last real connection to the early days of R&B crooning; the sound Jam and Lewis put him into was massively popularized with Janet Jackson and, ever since, it's been the dominant sound of R&B radio.

Rhythm tracks stopped depending upon human-played drums and the predominant "percussion" sound became the tight "thwack" of a computer. Click tracks, sound compression, programmed bass lines, sample-driven melodies, lyrical simplicity and ballads, ballads, ballads became the order of the day. O'Neal, Bobby Brown and Jody Watley begat Whitney Houston, Guy and SWV begat Toni Braxton, Blackstreet and R. Kelly begat Aaliyah, Jaheim and Ginuwine. It amounted to a continuous stream of mediocrity, propelled by the same beats, all danceable (or ballad-thick), all sultry, all sexy and all mechanically predictable. Even occasional blasts of refreshing creativity from the likes of hip-hop producers like Timbaland or the Neptunes end up being changed by the genre, rather than changing it themselves.

So it's a sorry state of affairs these days, and many artists are clearly tired of it. Ironically, even the "neo-soul" movement that's taken place over the last few years has been cut off at the knees by the last two decades of musical malaise. Erykah Badu, D'Angelo, Jill Scott, Cody Chesnutt, Bilal, et al, are all victims of a production aesthetic that's forgotten the warm sound of a live band and a drummer who makes mistakes and, as good as these artists are, the rhythm patterns and "room sounds" that emerge are overpolished and dull. The latest example of this is Philadelphia's Kindred the Family Soul, whose "Surrender to Love" (Hidden Beach) is a humble and gracious album that's positively brimming with lyrical soul. Nonetheless, its sound aches to be spacious and warm, but ultimately falls victim to studio sterility.

Thankfully, some artists are abandoning R&B aesthetics altogether in their quest for a new soul sound. Spacek is one of many groups with roots in the downtempo and broken-beat club scene. This disconnection from the R&B mainstream has allowed this British group to use both soul music and beat culture as catalysts for new ideas. Thus, the sound on "Vintage Hi-Tech" (!K7) is futuristic and organic, melding melodies and twisted rhythms. Though Spacek depends on machines for their music, ditching the pretense that their music is somehow connected to the R&B continuum has allowed them to be that much more soulful.

This lack of constriction is exactly what mainstream American soul music needs. Drummers need to learn how to play on their own. Bands need to record in a live environment. They need to be unafraid to explore. Otherwise, the clinical vacuousness of the current R&B charts will be what defines this generation's idea of "soul" music.