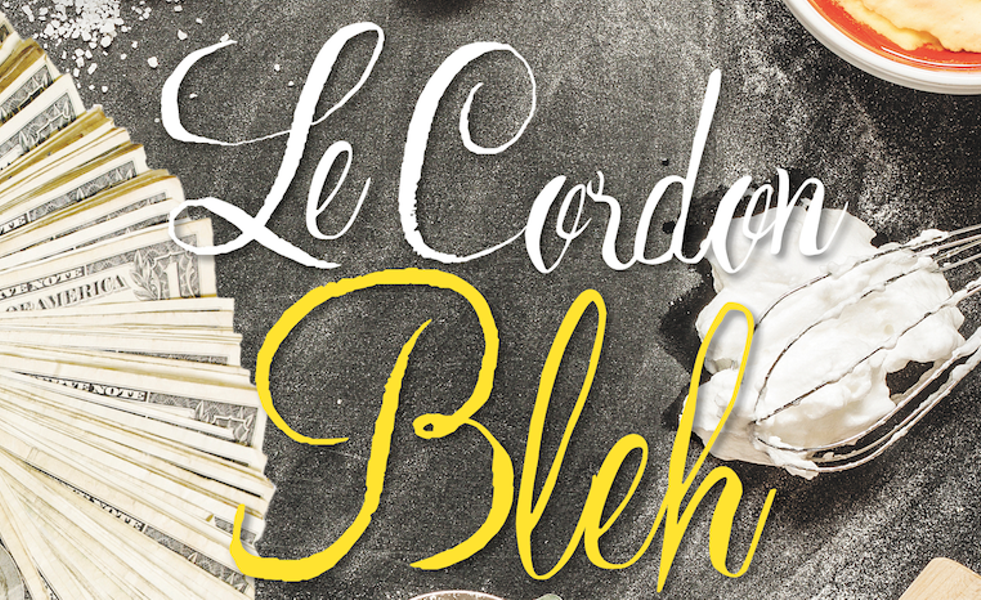 With the closing of all 16 Le Cordon Bleu culinary schools, including the Orlando campus, one writer reflects on her experience in for-profit education, both as a student an instructor, and what it means for the future of for-profit college students, instructors and the country.

In August of 2005, I took a class called "College Success" at Le Cordon Bleu in Chicago. Never mind that I had already proven successful in college; I'd graduated with a bachelor's degree from a four-year private university the previous May. But yet, here I was, paying for a class I didn't need because it was part of the "core curriculum" of the Culinary Arts degree. One other girl in my class also had a bachelor's degree, and we buddied up, sat in the back of the room, and listened as all of the recent high-school grads shared why they had decided to enroll in culinary school.

Almost every single student responded the same way: "I want to be the next Emeril."

It was uncanny, really, how many of these young people had obviously eaten up the same overcooked lines: "You could be the next Emeril! You could be on TV! BAM!" This was even before the Cooking Channel spun off from Food Network, before food bloggers became household names, before the celeb-chef mega-merchandise, before the now-ubiquitous reality TV cooking competitions. (Bravo's Top Chef, now in its 13th season, debuted the following year.)

I hadn't enrolled in culinary school to be a star chef. I wanted to be a food writer, and I felt that the best way to be able to intelligently write about food was to learn how it should be prepared. Made sense to me.

I graduated from Le Cordon Bleu in 2006 and worked in restaurant kitchens after I returned from my externship in Paris, France, working as a personal chef. I really enjoyed the kitchen – the in-the-trenches rapport, the line cook shit-talk, the sights and smells and hustle and the physical exhaustion after a long shift. I loved it all.

I'd still be happily searing scallops and torching crème brûlées today, but I was making $10.50 an hour. Not nearly enough to cover my monthly $300 student loan payment on the initial $35,000 investment that my Le Cordon Bleu counselor was more than confident I'd be able to repay quickly – not to mention still feed, clothe and house myself.

I was still within my six-month grace period for deferment when I decided to leave my depressing little paycheck and finish the Master of Fine Arts in Creative Writing I'd started at Northwestern while I was still at Le Cordon Bleu. So, I called up Sallie Mae (aka They Who Must Not Be Named) and told them I was going back to school.

No problem, they said. Interest would still accrue (never mind how much), but I could put off paying my student loans until after I had graduated and found a full-time job. Perfecto.

Three years and one MFA later, my initial principal had tripled. What. The. Hell. I had pretty much ignored my Sallie Mae account while I finished my third degree – no one called or emailed to let me know my debt was ballooning – and when they did let me know it was time to pay the piper, it was too late.

Sounds like the typical student-loan complaint, right? Well, here's the kicker: When you take out a loan for a for-profit college, you're eligible for both public and private student loans, and regardless of your credit standing, you can usually get them (at least you could in 2004 when mine were disbursed). The problem is that if you can't get federal loans, the majority of your loans will be private loans, which can be variable-rate (mine are at 12 percent right now, but have been as low as 3 percent) and are not eligible for income-based-repayment or any government programs meant to make student-loan debt manageable. When you apply for loans for a public school or nonprofit school, they don't even suggest you apply for a private loan, except as a last resort – and then you have to drag your ass to the bank and apply for the loan yourself. The school won't do it for you. For-profit schools, on the other hand, will get the loans for you and do all the work so it's all too easy to get into a private loan that will bite you in the ass later.

I had a full-time position with a decent salary and benefits, but paying $900 a month was just not going to happen. I got another job teaching a couple of sections of English Composition at night and online, and amped up my freelance writing career. I have essentially been working three jobs ever since, just to pay for that one associate's degree.

I'll spare you the details, but my credit score is pretty much ruined forever. When people ask me if my for-profit culinary arts degree was worth the more than $100,000 in both federal and private loan debt, I still say yes, but only because I've fully accepted that this is my life and I will be paying these loans until I die. And maybe after that. Sorry, future kids.

I still keep in touch with many of my classmates from Le Cordon Bleu Chicago. Out of the 75 students I graduated with, maybe three or four still work in the industry. (Tanya Baker, executive chef at the Boarding House in Chicago and fellow Le Cordon Bleu-Chi class of 2006 grad, was just nominated for a James Beard award last year – go, girl!) Their No. 1 reason for quitting the kitchen: the pay. One of my friends kept her job at a chain grocery store after graduation because she was making three times more as a cashier than she would in a restaurant kitchen. No-brainer.

Unless you're an executive chef, own your own place or have a management position at a corporate high-volume kitchen (like a resort or theme park or cruise ship), chances are you won't make enough money to pay your loans right away. You don't get out of culinary school and get a job running a kitchen, even though that's what Le Cordon Bleu leads you to believe in their recruiting materials. You'll start as a prep cook or on the cold line for a Hamilton an hour. According to U.S. Department of Education officials, for-profit colleges enroll only 11 percent of students nationally, yet they account for 44 percent of federal student-loan defaults. That's because students are drawn to them with the promise of enhanced job-placement and workforce-ready skills – but no matter how ready you may be, the jobs just aren't there for the taking, as the schools suggest.

The department has tried to pull back the reins on this multibillion-dollar industry, in response to widespread complaints that for-profit colleges entice prospective students with the promise of high-paying jobs, then burden them with debts they can't pay back at the actual average salary in that field. The newly created "gainful employment" regulation requires schools to keep track of graduates' performance in their degree field, and cuts off federal student-loan funding for career-training programs that consistently underperform. This rule applies to community colleges and public universities as well, but for-profit programs seem to have the worst showing under the regulation's key metric, the debt-to-earnings ratio.

And that's why I think the for-profit college is a bad model for students. Exorbitant tuition fees are charged for career paths that won't pay off, or even worse, that you won't even use (and will still be forced to pay for) when you realize how tiny your paycheck will be.

We reached out the media relations department at the Career Education Corporation, the company that owns Le Cordon Bleu's U.S. schools, but the company didn't respond to a request for a comment or statement on its situation.

But in my experience, the for-profit college industry is equally venomous for its employees, specifically the teachers it employs. My chef-instructors were wonderful people who had worked in the industry for decades and wanted nothing more than to see us all carry the mantle. The one thing they all had in common, though, was their disdain for the changes in the culinary curriculum once Le Cordon Bleu bought the Cooking and Hospitality Institute of Chicago, the same year I entered the school. It's a common tune among well-seasoned restaurateurs and chef-owners that culinary school graduates come out with no mastery of the craft. They have to absorb so much information in so little time (about 15 classes in 10 months) that they might as well have started peeling onions on the line rather than spend all that money on a piece of paper. Ouch.

I've had my own firsthand experience as a for-profit college instructor, too. Between full-time jobs in the publishing industry (in this line of work, you have to be prepared for these things), I worked at Full Sail University as a course director in one of their master's degree programs, a brand-new online graduate degree called "New Media Journalism." The pay was great, my colleagues were smart and funny – I still know so many wonderful instructors who work at Full Sail – but I was constantly berated for being too hard on my students, constantly fielding phone calls from angry students and parents (yes, parents), and constantly asked by my department to "dumb down" (their words) my course material.

My supervisor finally pulled the plug on my for-profit teaching career. Looking back, it was the best thing that ever happened to me. I no longer felt like I was helping grant a degree to students who wouldn't be able to compete in the marketplace and who would eventually find themselves in the same position as me, with an unmarketable degree in a field that didn't pay anything.

Just as a Le Cordon Bleu degree doesn't make you an instant "new Emeril," you don't graduate from Full Sail and immediately get a job as a big-time music producer or top game designer – or as a highly paid "new media journalist." (Is there such a thing?) You start at the bottom. You make slightly above minimum wage. You live paycheck-to-paycheck for a lot longer than the six months Sallie Mae gives you. And once you start deferring those loans, the interest piles on. Goodbye, marriage. Adieu, first home. Sayonara, potential offspring. Adios, secure retirement. Ciao, small-business loan.