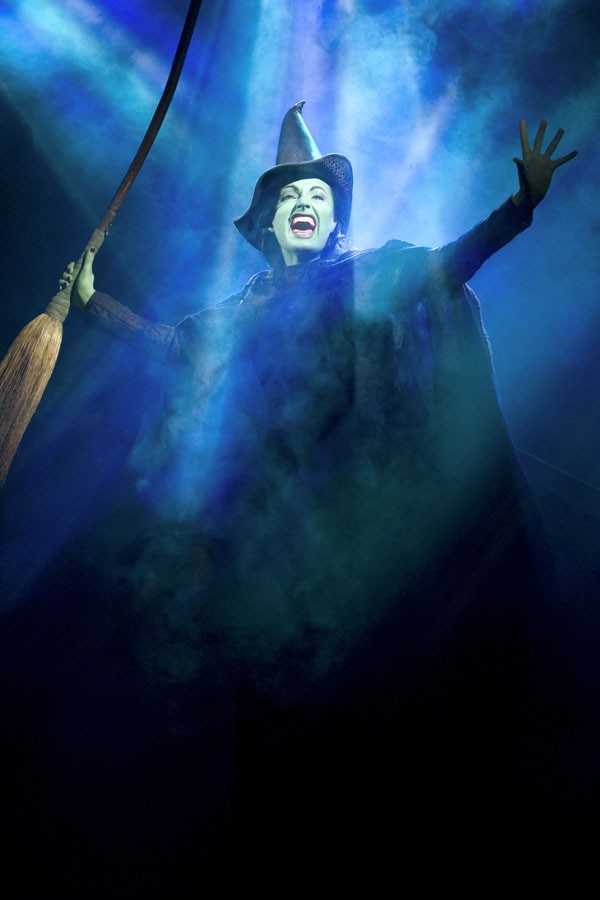 The good thing about Wicked being as close to a sure-thing money-making juggernaut as it gets is that it gives the production both confidence and a little artistic leeway. This touring version of the 2003 musical fantasy that became (and remains) a pop-culture event has both in spades.

As Elphaba, the downtrodden, green-skinned idealist with dreams of training under the tutelage of the Wizard of Oz himself, Jackie Burns delivers a sky-high performance that feels both familiar and utterly her own. Boasting a powerhouse voice that practically shook the theater walls, especially during her big "Defying Gravity" moment (a goosebump-inducing number in the original that this company more than does justice to), Burns' Elphaba is more inward and chaotically intense than Tony-winner Idina Menzel's sultry searcher. This take on the role adds surprising nuance and complicated vulnerability to an already substantially conflicted character.

Chandra Lee Schwartz' delightful turn as Glinda, the future Good Witch but current Mean Girl and roommate-turned-friend to Elphaba, feels similarly homegrown. Kristin Chenoweth's original Glinda could be petty, sure, but it was almost incidental to her breeding: She floated above the fray as naturally as her songbird pipes ran the scales. Schwartz doesn't have an effortlessly princess- like voice; hers is disciplined but is born out of her personality. Schwartz uses that fact to make Glinda a more modern, passive-aggressive alpha female, one probably devised from her experience as Sharpay in the Broadway version of High School Musical. Her nearly SNL-specific interpretation had this night's audience in stitches with every carefully timed lilt of her dagger-wielding diatribes. While the performance sacrificed some depth, the boldness was refreshing.

The only sore thumb in Wicked is Colin Hanlon as Fiyero, the Wizard-school stud torn between Elphaba and Glinda. Although he settles into the part in  the second act, Hanlon swishes where he should swagger and mugs where he should simmer.

Of course, the real star here is the set, a constantly evolving series of increasingly stunning landscapes, scaffolds and moving parts, transforming instantly (and quietly) with each new scene without a second of lag time. It's a clever, economical piece of eye candy that seems to require little from the notoriously unwieldy Bob Carr infrastructure, which returned the favor by sparing the production its infamous technical malfunctions except for a few split-second instances of microphone failure.

A musical that could easily coast through town and collect its emerald booty with little more than the thrust of a magic wand, Wicked takes chances instead. The payoff makes for a truly gravity defying night.