With an impressive suite of exhibitions kicking off the new year, the Museum of Art – DeLand has carved a space firmly in the center of the conversation about art, architecture, science and color. In its main facility across the street from venerable Stetson University, the drawings and sculptures of William Crutchfield show a serious artistic rigor while making humorous comment about our uneasy truce with machines. In his work sometimes man wins, sometimes machines win – but either way, his drawings are voluptuous escapes into a slightly zany world of buildings, trains and boats hacked beyond repair, Frankensteined into monstrous hybrids and otherwise gone hilariously wrong. 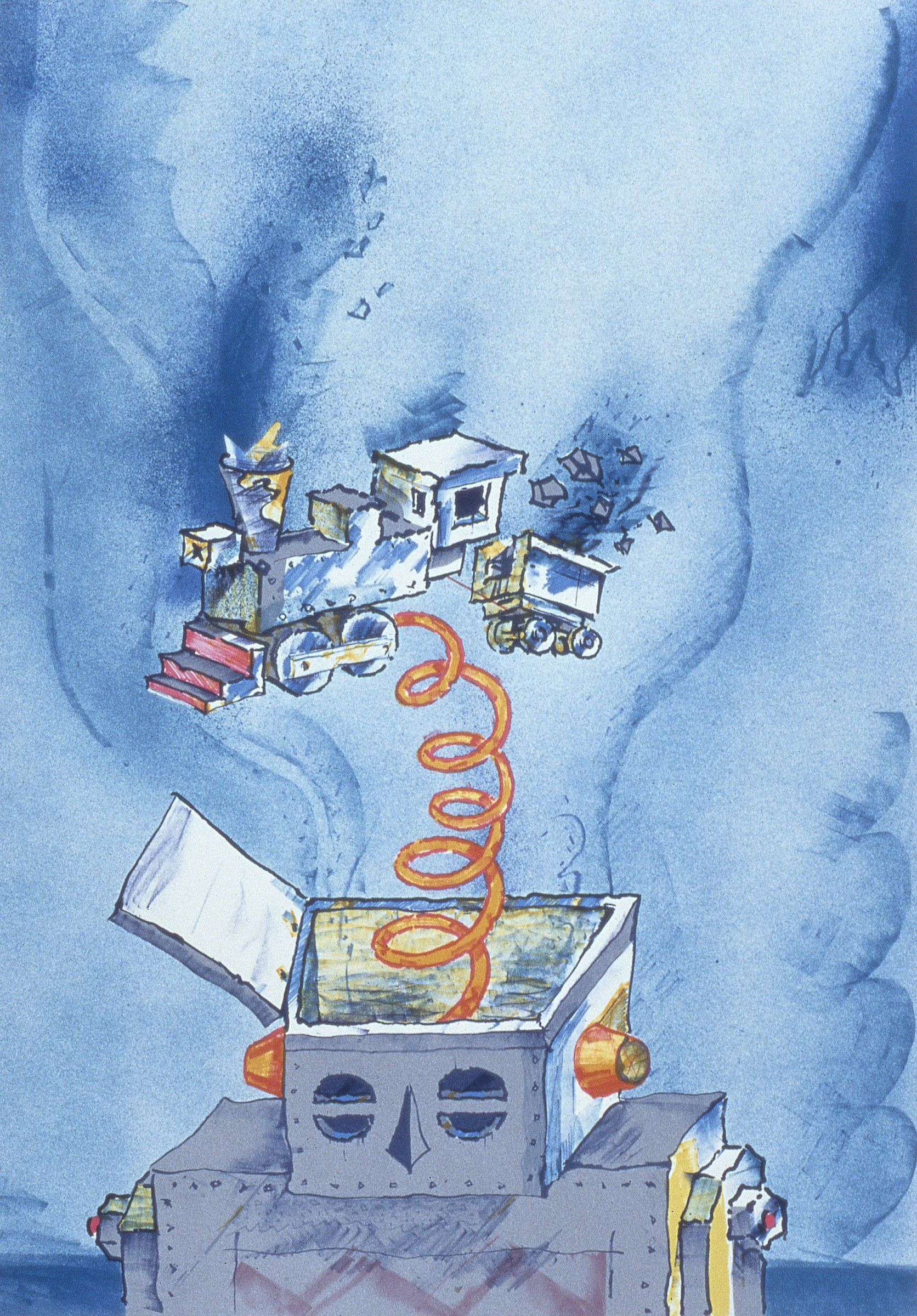 In his drawings and paintings, Crutchfield has perfected a look that echoes some of the evocative, color-washed images of transportation from the 1930s. The zeppelin, symbolic of the romance of travel, is satirized by the absurd attachment of a forest of sailing-ship masts. In "Zeppelin's Island," this comical platypus of a passenger ship is stuck in a forest of palm trees. (So much for air travel, eh?) His mastery of his medium gives this show a sensuous visual delight. Even his tiniest of casual sketches are complete compositions, ideas for full-blown paintings. For instance, a knife and fork are balanced on a table's edge, crumbs linger on the placemat and sails catch the wind above a soup bowl: It can only be titled "Captain Cook." The scene, overlooked in a corner of a frame matted with multiple pictures, implies a whole novel.

Most intriguing, perhaps, are his sculptures. In the 1970s, Crutchfield began to explore the spatial capability of letters, numerals and punctuation, creating sculptures from a symbol and its reversed form, like an M into a W. The belly of a 3, curved and transformed into the mouth of its reverse, creates a uniquely shaped space reminiscent of M.C. Escher's illusions. Larger versions explore light and form, architectonic space; they even playfully question the meaning of the number itself.

William Crutchfield's work is light and humorous, and pokes some good fun at our obsession with science and technology. Lest we take our science too seriously, Crutchfield reminds us that we produce objects with beauty and flaws all their own. Without a sense of humor, we lose our perspective on our situation, but with Crutchfield, we can laugh at technology and remember that it's only a machine.