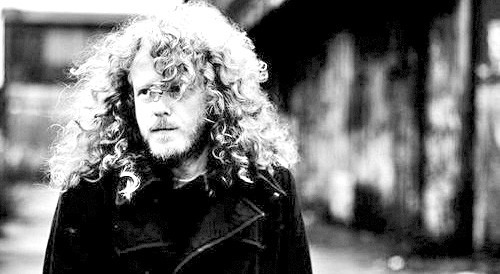 The review below is based on a digital version of Patience (After Sebald), not the available vinyl record. That’s notable mainly because one can imagine a particularly surreal new element of irony that might come from listening to music so affected with hiss and scratch and out-and-out white-noise fog as the needle of your own record player travels along a dusty, dog-hairy groove. This omnipresent texture, varying between a light hiss dusting and something almost jarring, is plenty literal. As with the Caretaker’s 2011 surprising indieland crossover breakthrough, An Empty Bliss Beyond This World, Patience (After Sebald) – born as a soundtrack to the upcoming film of same name – is sourced from music from the dawn of recorded sound, and then cut up/looped/spliced by the Caretaker, aka ambient musician Leyland Kirby, into ghostly fog by using a process that’s extremely adept at erasing its own tracks.

An Empty Bliss Beyond This World comprises all found ballroom records and the result was basically The Shining’s Overlook Hotel cut onto acetate. The source material in this case is Franz Schubert’s song cycle Winterreise, and the net result is Franz Schubert’s Winterreise plus 184 years (it was published in 1828). At times the music is barely half-remembered as the core melody is subsumed in a sheet of sound mirroring the inside of an airliner, while piano notes dissolve underneath like orphaned jet contrails. Or just as likely the whole song fades into just that one melody, looping again and again, and you’re not quite realizing it because you don’t have the whole song anymore, maybe never having had it in the first place, which is all the terror and sadness of forgetting. In “The Homesickness That Was Corroding Her Soul,” a track somewhere at the 45-minute mark that mostly smears into one, frustration is made audible better than the toughest NYHC song as one melody loops over and over, begging to resolve into something just out of reach. But whatever, that resolution is gone forever, and that’s the point.