With a new album and lots of touring, Orlando indie heroes the Pauses are on the move

"We're up to like eight name drops," deadpans Jason Kupfer, multi-instrumentalist for the Pauses, in the middle of an honestly charming anecdote from singer/bassist Tierney Tough about their deep ties with Athens garage freaks Five Eight. And the fact that Tough enthuses as much about swimming in guitarist Sean Dunn's pool as she does about sharing stages with them is emblematic of how the group stays grounded and starry-eyed even while (ahem) swimming in the rarefied echelons of indie rock royalty.

In most – if not all – cases this would come across as kinda crass name-dropping, but when Kupfer and Tough do it in conversation with Orlando Weekly, it's endearing and even idealistic. Doing their laundry with Chris Carrabba, playing a song at J. Robbins' 50th birthday party, getting ice cream with Tim Kasher ... their giddiness and genuine excitement is palpable. When Kupfer later exclaims, "Playing [Jawbox's] 'Savory' with J. Robbins, that's probably the highlight of my musical anything. I can retire after that," you believe it. And at the same time, they tirelessly book shows for the musicians they love. "We help each other," says Tough. "It feels like family."

The Pauses – Tough, Kupfer and drummer Nathan Chase, along with "an arsenal of six touring drummers" – have become an Orlando institution and point of pride since they first started up in 2009. Mixing classic indie hooks with intricate and playful electronics, the band quickly became more than a local secret. The group toured relentlessly, shared stages with acts from John Vanderslice to the Zombies, and in 2011 released debut album A Cautionary Tale through South Florida's New Granada Records.

"What I've always appreciated about the Pauses is that they're one of those bands that move with great deliberation," reflects Orlando Weekly music columnist Bao Le-Huu. "They're craftspeople. They've always maintained an unconventional blend of rock and electronics, of art and pop."

By the time 2016 rolled around, though, the band felt adrift. Still frustrated by the reception of their debut album, Kupfer increasingly focused on his jack-of-all-trades film work, while Tough poured her energy into her formidable OYG Presents booking concern – bringing Kool Keith and Archers of Loaf's Eric Bachmann to town – and collaborating with the Posies' Ken Stringfellow. There were still live engagements, but things seemed to quiet down for the Pauses.

Fast-forward to 2017, and suddenly the band was everywhere, releasing their debut album on cassette for the vinyl-centric Record Store Day 2017 and even opening for Weezer at the St. Augustine Amphitheatre. Most affectingly for locals, the Pauses played two memorial events for Billy Manes: the first opening for the B-52's Cindy Wilson – whom Tough remembers as a "real Southern belle" – and then with Manes' favorite band, the ever-raucous Five Eight. Manes' husband, Anthony Mauss, remembers those nights fondly: "Watching them share a stage alongside performers I have long admired felt so right – watching a band that you have listened to from the very beginning not only hold their own with veterans of the indie scene but also impress is always a joy." 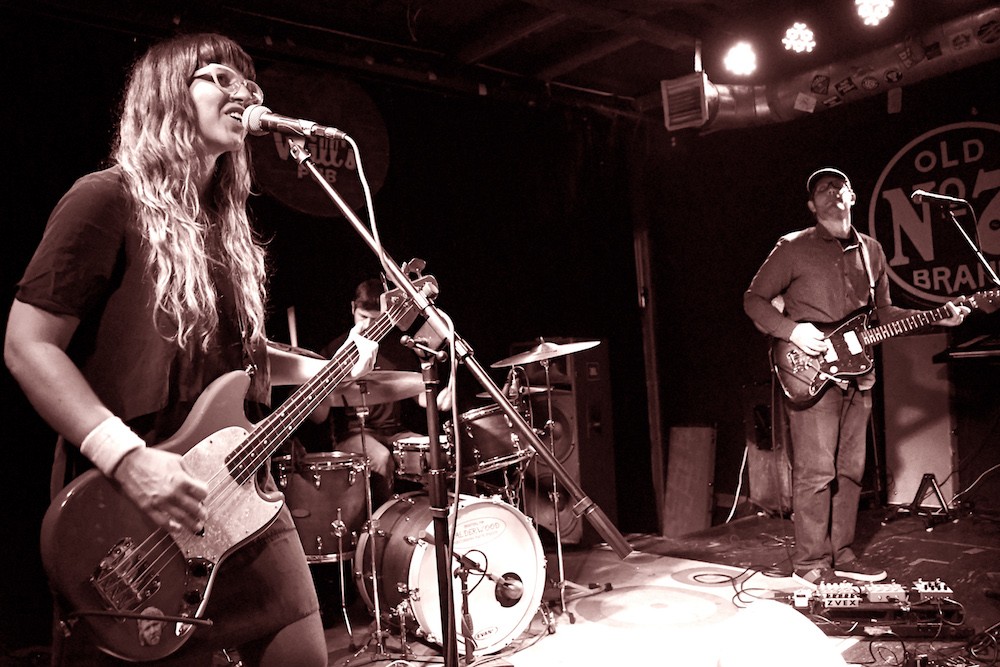 This all culminated in a sublime, surreal and silly crowdfunding campaign to cover the costs of recording and releasing a second album. All stops were duly pulled out, with even some Sesame Street-esque puppetry employed. With the campaign completed successfully at the end of November, demos ready to go and German record label Arctic Rodeo already committed to release a completed LP, Tough and Kupfer decamped to Baltimore for a couple weeks to record with underground legend J. Robbins.

With his stints in D.C. hardcore innovators Government Issue, alternative rock maestros Jawbox and the urgent Burning Airlines, Robbins was a dream pick for the band. Recording at his studio, Robbins proved invaluable as a mentor figure and a "constant ear you could bounce things off," according to Kupfer. The band are still starstruck over the experience.

"I remember the first time we were recording vocals, he came into the room and was like, 'I'm just gonna show you a few breathing techniques that Craig Wedren [Shudder to Think] showed me," Tough recalls with a laugh. "And I was like, 'Oh OK. ... We even asked him to whistle on the record and he did!"

The band are equally pleased to be working with Arctic Rodeo. "You want to work with someone who cares," says Tough. "Bigger labels were just asking about how many followers we had."

The dream actualization of Unbuilding continues down through the album's intricate cover illustrations, courtesy of Dan Black at Landland. The versatile Black – whom Tough laughs "did a box set for Phish and made it look kinda punk!" – took the architectural allegories for the human condition in Unbuilding and ran with them. The results are stunning, invoking the obsessiveness of a Chris Ware.

The pace of 2018 has been gratifyingly frantic for the band. Unbuilding finally hit the shelves of discerning record stores this summer, the band played a release show at Park Ave CDs with Robbins as a one-off support act, and then they took off on a headlining, self-booked tour, squeezing in a Daytrotter session along the way.

They laugh in disbelief about a fan who approached them saying he'd been waiting to see them since the first album. "I'm sorry," deadpans Tough with a chuckle. Then the duo took off on a tour supporting Jonah Matranga of Far (which they are still on at press time) as both opening act and backing band as Matranga plays pivotal Far album Water & Solutions in its entirety. That's two full sets a night, for those keeping count.

Matranga is fulsome in his praise of the band, who learned the album in just two days: "They simply love music, and it shows. Everyone feels dedicated to doing the music justice, which is pretty much what it's all about. These tours might not have happened without them." Not bad for a touring partnership that sprung up from a casual Facebook comment Matranga left on a Pauses post about their new album.

Tough and Kupfer are happy with this lengthy run of touring, enthusing both about the Far audience's receptiveness to their own music and enjoying Matranga's improvisatory style as bandleader. (There are tales of an impromptu clutch of Prince covers in Reading, Pennsylvania.) Tireless music scene photographer Jen Cray caught the Water & Solutions Orlando tour stop and was left duly impressed.

"I've seen the Pauses many, many times over the years and yet this performance felt like they were breaking through the Orlando ceiling into something more national," says Cray. "Like they're hungry for more and this time around they're going to make a serious attempt to get it."

After this tour is completed, the Pauses will, well, pause for a moment and then play the Sing Out Loud and Hopscotch festivals this autumn, with perhaps even more touring to follow. The band is undaunted.

"I like doing this, I'm a nomad at heart," smiles Tough. "It would be nice to have another week home, but I love getting out of town and doing this. This is our bread and butter. We live to play shows."